Kenneth Rogoff, a former chief economist of the IMF, is professor of economics and public policy at Harvard University.

As the Greek crisis evolves, it is important to understand that a successful structural-adjustment program requires strong country ownership. Even if negotiators overcome the most recent sticking points, it will be difficult to trust in their implementation if the Greek people remain unconvinced. That has certainly been the experience so far. And without structural reform, there is little chance that the Greek economy will see sustained stability and growth – not least because official lenders are unwilling to continue extending an unreformed Greece significantly more money than it is asked to pay. (This has been the case through most of the crisis, even if one would never know it from the world press coverage.)

Greece's membership in the European Union gives its creditors significant leverage, but evidently not enough to change the fundamental calculus. Greece remains very much a sovereign country, not a sub-sovereign state. The "troika" of creditors – the International Monetary Fund, the European Central Bank, and the European Commission – simply do not enjoy the kind of leverage over Greece that, say, the Municipal Assistance Corporation wielded over New York City when it teetered on the edge of bankruptcy in the mid-1970s.

The best structural-adjustment programs are those in which the debtor country's government proposes the policy changes, and the IMF helps design a bespoke program and provides the political cover for its implementation. Imposing them from the outside is simply not an effective option. So, for reforms to take hold, the Greek government and its electorate must believe in them.

That a country must take ownership of its reform program is not a new lesson. The IMF's rocky relationship with Ukraine began long before the latest round of negotiations. Back in 2013, IMF staff wrote a sobering report on the organization's experience in the country. Their conclusion, in essence, was that the government's failure to embrace the reform process fully all but guaranteed that its program would not work.

If a government is incapable of or uninterested in making the needed adjustments, the report argued, the best option is to drip money out as reforms are implemented, as is now being done in Greece. Unfortunately, that approach has not proved adequate to overcome the challenges there. Structural-reform conditions often tilt the balance between competing domestic factions, for better or for worse. If there is no will inside the country to maintain the reforms, they will quickly be undermined.

Left-wing ideologues have long viewed structural-reform programs with deep suspicion, accusing international lenders like the IMF and the World Bank of being captured by neo-liberal market fundamentalists. This critique has some truth in it, but is overblown.

To be sure, structural reforms often favour policies like labour-market flexibility. But one should not make the mistake of viewing these interventions in black-and-white terms. Breaking down dual labour markets that are excluding young workers (as they do in much of southern Europe, including Italy and, to some extent, France) is very different from making it easier to fire all workers. Making pension systems sustainable does not amount to making them stingier. Making tax systems simpler and fairer is not the same as raising all taxes.

Recently, opponents of structural reform have put forward more exotic objections – most notably the problem caused by deflation when policy interest rates are at zero. If structural reforms simply lower all wages and prices, it may indeed be difficult in the short-term to counter the drop in aggregate demand. But a similar critique could be made of any other change in policy: If it is poorly designed, it will be counterproductive. The truth is that the way forward in Europe requires achieving greater productivity.

The lessons from Greece and other unsuccessful bailout programs are sobering. If a debt bailout program requires a wholesale change in a country's economic, social, and political model, the best course of action might be to write off the private losses, rather than pour in public money to cover them. In cases like Greece, the creditors' passion for structural reforms might be better directed at home – particularly toward improving financial regulation.

The vast majority of Greeks want to stay in the EU. In an ideal world, offering financial aid in exchange for reforms might help those in the country who want to shape it into a modern European state. But given the difficulty Greece has had so far in making the necessary changes to reach that goal, it might be time to reconsider this approach to the crisis completely. In place of a program providing the country with further loans, it might make more sense to provide outright humanitarian aid – regardless of whether Greece remains fully within the euro zone. 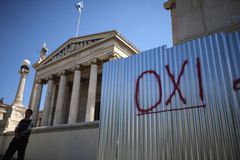 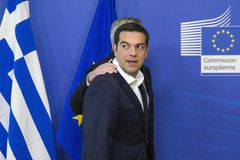