Eden Robinson is the award-winning author of the novel Monkey Beach.

I don't speak for anyone but myself. I'm not an elected official, nor am I an elder, nor do I have an important, hereditary name. I'm a novelist from the Haisla and Heiltsuk First Nations of British Columbia, both small, coastal reserves hugging the rugged shores of the west coast. Although I don't profess to be the voice of my people, I can offer a few insights.

In the debate over Enbridge's proposed Northern Gateway pipeline, much has been made about the lack of treaties in British Columbia. The assumption seems to be that this was a terrible oversight that past federal and provincial governments were too negligent to rectify. Nothing could be further from the truth.

Typically, both my communities are consensus-building, protocol-driven hierarchies: we potlatch. As such, coastal First Nations are culturally comfortable with the legislative process in Canada. A potlatch is similar to a court case in that both are prohibitively expensive; both involve lengthy speeches and the vigorous examination and debate of the actions, rights and legal responsibilities of the participants. One has food, singing and spiritual rites; the other, not so much. In short, we're litigious. We went to the courts early and frequently. All attempts to extinguish aboriginal title were met with complicated, protracted court battles.

While hereditary chiefs inhabit the apex of our traditional social systems, it would be a mistake to think they hold all the power. They aren't kings. They aren't dictators. They're answerable to their clans and their matriarchs. All decisions that affect our communities require lengthy, deliberate discussions and careful negotiation. Chiefs who ignore consensus-building, who forget they have responsibilities that go along with their rights are relentlessly mocked. Our culture values our public reputation, our 'face,' if you will. Mocking someone publicly is a weapon of last resort.

On the other hand, our elected chief councilors and band councilors tend to be people who value economic self-sufficiency. They're usually highly educated and pro-development. Our people want jobs. Councilors get into office by promising to create employment opportunities. They deliver or they're not re-elected.

The First Nations Financial Transparency Act insulted the integrity of the very people in our communities who guide our economic policy and act as our mediators with provincial and federal governments. Every single chief councilor and band councillor up and down the coast was publicly forced last week to prove they aren't liars and cheats. In the potlatch culture, that's the equivalent of spitting in the communal dish then demanding to sleep with the chief's daughter.

I hope the few miscreants that were caught were worth the political effort it took to bring this act into existence. Because if you thought the federal relationship with the coastal people of British Columbia was frosty before, now it's the diplomatic equivalent of a polar vortex. I'm not familiar with the many aspects of federal negotiation tactics, but let me assure you, this act makes building any pipeline or promising to send tankers through our territories much, much harder. 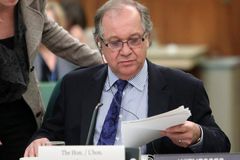 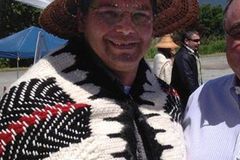 For First Nations, better government is partly about open books 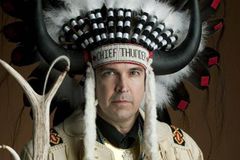