Glenn McGillivray is the managing director at the Institute for Catastrophic Loss Reduction in Toronto.

Hurricane Harvey, the swirling, megaflood-inducing menace that has set its sights on Texas, is the first major hurricane to hit the U.S. mainland in almost 12 years. While several less powerful hurricanes have struck over this period, Hurricane Wilma – which hit Florida on Oct. 24, 2005 – was the last Category 3 or higher storm to wreak havoc on an American coastal community.

Wilma caused more than $25.8-billion (U.S.) in insured losses in the U.S. alone. While it is too early to determine what the financial impacts of Harvey will be, some watchers are already calling for losses in the double-digit billions.

Traditionally, those of us in the disaster-risk reduction field have found that commenting too early on the factors that caused a particular natural disaster can be a sensitive area. No one being affected by such a loss wants to hear what failures in policy, planning and execution led to their grief, particularly as an event is still unfolding.

But if the past is any indication, we will very soon hear from politicians that Harvey was just too big, and that "nothing could have been done to prepare for or mitigate the impact of such a loss."

So, as painful as it may be, it's useful to attempt to get out in front of such statements and lay out some of the clearer meta problem areas that may have caused this natural hazard to become a full-blown mega-catastrophe.

Big-picture considerations in the case of Harvey would include looking at the condition of green space and wetlands that could have aided in mitigating the impact of the storm, land-use planning and runaway development in such places as Houston, building codes in affected areas, market penetration of flood insurance (only one in six homeowners in the Houston area have purchased the coverage), the existence of large-scale mitigation projects like seawalls and levees, and whether important government institutions like the National Hurricane Center and FEMA (the Federal Emergency Management Agency) were prepared for such an event.

For the sake of efficiency, we can lump together the issues of wetland management, land-use planning and runaway development by looking at trends in Houston in recent years. In that urban centre, the fourth largest in the U.S., wetlands and other green space have been eaten up by rapid development. According to an analysis for the Houston Chronicle, between 1996 and 2010, the 14-county Houston region lost more than 54,000 acres of wetlands. This not only means that water simply has fewer places to go, but that more lives are put at risk and more property is damaged because of it.

Looking at coastal flood and storm-surge protection reveals another huge gap. After Hurricane Ike struck the state in September 2008, it was proposed in 2009 that an "Ike Dike" be constructed to protect the state's upper coastline, from the Texas/Louisiana border to Freeport. A study was funded in 2014 (already five years later) to consider the feasibility of the project, but the dike is still under discussion and may not get started until 2023, if at all.

Other areas of concern include the troubling fact that building code in Texas is voluntary unless a municipality adopts a code and enforces it. According to building-code progress studies of 18 coastal states completed by the Insurance Institute for Business & Home Safety for 2012 and 2015, Texas had a score of 18 out of 100 in 2012, rising to 36 out of 100 in 2015. Virginia, comparatively, scored a 95 in both reports and Florida a 95 in 2012 and a 94 in 2015.

Looking at the role of government agencies in Harvey, it might be useful to determine if the appointment of FEMA's new director in late June – three weeks into hurricane season – played any role whatsoever in that agency's response to Harvey. Similarly, the National Hurricane Center has been without a head since its director left in May to take a job in the private sector.

The span of 11 years and 10 months marks the longest period since records began that a major hurricane has not struck the U.S. mainland. It is a scientific mystery as to why this so-called "hurricane drought" has taken place (one research team has posited that a "buffer zone" of strong crosswinds and cooler water temperatures just off the coast has protected the U.S. from large hurricanes in recent years).

It is not, however, a mystery that the U.S. seems to have let its guard down when it came to preparing for an event like Harvey, and now it will pay a much bigger price.

Catastrophic floods hit Houston, forcing thousands to flee homes
August 27, 2017
Globe editorial: Why Canada’s border problems will only get worse under Donald Trump
August 7, 2017
Opinion
Mayweather, McGregor and Trump: What spectacles will they imagine next?
August 28, 2017 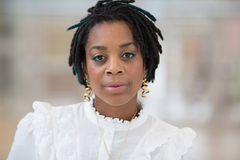