Dave Sawyer is a climate economist with EnviroEconomics, the Development Director for Carbon Management Canada's Low Carbon Pathways Group and a past vice-president with the International Institute for Sustainable Development. Tweets: @enviroeconomics

Justin Trudeau has just come out and said that carbon pricing should be left to the provinces. You could almost hear the economists groan as another party leader seemingly talked crazy on climate policy. But the federal government deferring to provincial climate policy may now be the right approach for the federation.

First, some background on why mainstream economists would flunk a political leader advocating a provincial patchwork. Carbon pricing is about setting a uniform pricing signal across as many emissions as possible to search out the lowest-cost reductions from households and businesses. To the extent that uneven pricing signals exist, or limited emissions are covered, we get inefficient outcomes as some lower-cost emission reductions are missed. It follows, therefore, that misaligned carbon prices with uneven coverage across provinces is economically inefficient.

But does federal deference to provincial climate policies represent a material risk to the economy? There are four important factors that indicate the risk is slight.

First, provincial policies are aligned to seek low-cost reductions inside their borders. Right now, 30 per cent of national emissions are under some form of carbon price, whether cap and trade, carbon tax or a hybrid of the two. Add the federal vehicle regulations with trading provisions and this number grows more. If Ontario moves on carbon pricing later this year, as Premier Kathleen Wynne has indicated, more than 50 per cent of national emissions will be covered by carbon pricing.

Second, provincial policies are aligned to seek low-cost reductions outside their borders. The Quebec cap and trade system is linked to California, with access to a pool of emission reductions equal to about 60 per cent of Canada's total GHGs. If and when Ontario moves on carbon pricing later this year, it will most certainly be oriented to tapping into the Quebec and California markets.

Even British Columbia, that bastion of carbon taxation, has a new GHG Industrial and Reporting Act for LNG facilities and electricity generators that recognizes traded GHGs from outside the province. B.C.'s new GHG Act looks like Alberta's Specified Gas Emitter Regulation, setting the stage for eventual linkage between industrial emitters in Alberta and B.C.

Third, low carbon prices reduce the material risk to the economy. With low current carbon prices, especially for industrial emitters, the efficiency losses of provincial fragmentation are likely not material to economic performance. When one considers that provincial policies have delivered years of emission reductions absent a unified federal system, the efficiency trade-off seems less important. But this trade-off does not hold in the longer-term where climate science and global pressures will necessitate deeper decarbonization. The longer-term view is then one of transitioning to a more unified national system to hedge against the costs of fragmentation.

Fourth, political will points to closer provincial co-operation and alignment. The provinces are already linking by degrees, with effort at the political and administrative levels to investigate how provinces can co-operate more fully. This year – with the Paris 2015 climate conference as the backdrop – we can expect to see premiers and their ministers sharing the stage in support of their respective carbon policies and talking strongly about joint action. These political signals are complementing bureaucratic efforts that seek opportunities to align administrative functions, such as GHG reporting and other protocols.

So, is there a no role for the federal government in Canadian climate policy?

The need has never been greater for a co-operative federal government working with the provinces and territories. Just like on so many other issues of national importance, such as health care, the federal government will be central to setting common standards, refereeing and encouraging action. A co-operative national government would also support and complement provincial leaders while cajoling laggards. It would fill gaps with complementary regulations and a plan to spur innovation.

Indeed, we are so far past simplistic questions of the preferred federal policy instrument – whether carbon taxes, cap and trade or sector regulations – that we instead need more practical discussions on alignment and co-operation.

Finally, while many dismiss the United Nations Framework on Climate Change, it is here to stay, and collective decisions by its member states will impact Canada's economy. Active federal engagement is necessary as the world moves to decarbonize.

In taking a seemingly non-position on climate policy in Canada, Justin Trudeau may have sparkled just the conversation we need right now. How the federation works together to align the carbon policy patchwork to keep costs down while ratcheting up climate policy ambition is the question that really matters. Whether or not we need a carbon price is moot by comparison. 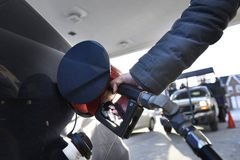 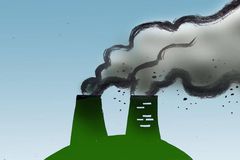