Canada is close to catching up with other Western countries in protecting the most fundamental of information: our genetic code.

Last spring, the Senate unanimously passed Bill S-201, which would prohibit and prevent genetic discrimination in Canada. The legislation is now before the House of Commons. We believe that Canadians need to be more informed about why this legislation should be supported, and become law.

We are in the midst of a genetic-technology revolution the impact of which will only be realized through protection against consequences of DNA information. There are 6,000 genetic diseases. In our institutions alone, tens of thousands of genetic tests are conducted each year – to diagnose diseases, guide treatment, inform reproductive planning and test for influences in drug response.

Consider this scenario: Your child is suffering from a potentially fatal disorder. After several arduous months of searching for an answer to its cause, you are offered a genetic test. This test may give doctors a clue to explain the illness and help treat it.

But there is a risk. The same inherited DNA information that could save a life might in some situations also be used against your child, yourself and relatives by third parties, such as insurers and employers. This is referred to as genetic discrimination.

If you are anything like the many people we have spoken with, you are probably surprised to learn that access to – and use of – your genetic information is currently not protected by legislation in Canada. As a result, people decline genetic testing even when the results might guide their best-practice treatment.

Our own survey of individuals with a family history of Huntington disease, for example, found that 86 per cent feared genetic discrimination; 40 per cent actually experienced it (mainly by life and long-term disability insurers). In our genome-sequencing study, 35 per cent refused enrolment for the same reasons, and similar evidence is found in cancer and mental health.

There are documented cases of entrepreneurs and homeowners unable to get life insurance to back up their loans because of the results of genetic testing. There are cases of workers looking to develop their careers, and families hoping to adopt a child, but due to real or perceived genetic features, they are not promoted or selected as parents.

These experiences are not unique to Canada. But unlike Canada, 26 countries have policies to protect their citizens against genetic discrimination. Canada lags behind. We have a chance to rectify this with Bill S-201.

The breakthrough science of whole-genome sequencing, which captures a person's entire genetic blueprint (30,000 genes), massively expands the applications of testing, further escalating the need for genetic safeguards. With plummeting costs, this technology is poised to become the standard of care, underpinning the era of precision medicine, in which medical practice is tailored to the patient's condition.

Critics of Bill S-201 argue that there is justification for insurers and employers to access genetic data, because insurance policies are business contracts and money is involved. However, so far as we know, evidence points to the contrary: Limiting insurers' access to genetic test results does not impact bottom lines, nor does it lead to increased premiums for everyone.

It's time for our laws to catch up with the science. Passing this bill is not, and should not be, a partisan issue. All three major federal parties have promised to end genetic discrimination.

Genetic fairness is an intrinsic right, which can empower citizens to lead healthy and meaningful lives. It's time to protect the most fundamental essence of ourselves: our DNA. 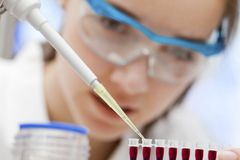 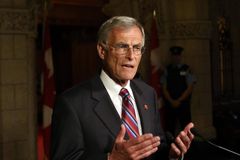