JENNA VALLERIANI and VIRESH FERNANDO
Contributed to The Globe and Mail
Published May 23, 2016 Updated May 16, 2018

Jenna Valleriani is a doctoral candidate in sociology at the University of Toronto; her research looks at stigmatized organizations, social movements, and entrepreneurship in cannabis markets. Viresh Fernando is an economist, lawyer and chartered accountant.

The federal Liberal government intends to fulfill its election promise and legalize recreational use of marijuana across Canada some time next year.

Meanwhile, a Federal Court in British Columbia decision last February, which held that the mail-order federal program to obtain physician-authorized marijuana is neither affordable nor accessible, created a legal lacuna when it comes to accessing marijuana even for medicinal use.

One of the outcomes of the B.C. case was that retail marijuana outlets in Toronto grew in number to more than 120. Many of these retail outlets, however, sell marijuana even without a medicinal-use prescription as long as the customer produces either a prescription or other proof (such as a pill bottle) evidencing that the customer suffers from a condition such as pain, anxiety, post-traumatic stress or insomnia, for which marijuana provides relief.

Ontario Premier Kathleen Wynne and Toronto Mayor John Tory have expressed alarm about this turn of events, calling for swift action by the federal government – even though Prime Minister Justin Trudeau has said that Parliament won't deal with this subject until next year.

Mr. Tory, in an apparent deviation from his progressive approach to other local challenges such as the Uber ride-hailing company, issued draconian edicts to the city's licensing and bylaw enforcement division, and to police.

As a result, over the past week, at least three dispensaries voluntarily closed in Toronto and bylaw officers began handing out warnings targeting 20 landlords. At least two landlords were given 72 hours to comply or face fines up to $25,000; further non-compliance can lead to additional fines.

The current concerns about accessing medicinal marijuana are similar to the issues that will arise when the federal government legalizes recreational use. Therefore, we don't need to wait and see what the federal legislative landscape will be with respect to recreational use.

Once recreational use is legalized, the distribution and sale of marijuana becomes the sole responsibility of the provinces and territories. Those governments can decide whether to monopolize marijuana sales or permit a free market, just as they do with respect to beer and wine sales.

Provinces such as Quebec and Alberta have, for many years, allowed private businesses to sell alcohol. Ontario is gradually shedding its monopoly with respect to beer and wine sales. So there is no logic in the Ontario government creating a monopoly when it comes to marijuana sales.

But the current status quo for marijuana retailing is unacceptable and deserves some regulation. Provinces and cities should, and can, craft a regulatory framework that addresses current and future concerns regarding the proliferation of marijuana retailing, whether it is for medicinal or recreational use.

Meanwhile some cities in British Columbia, including Vancouver and Victoria, have already chosen to regulate, and thus control, the proliferation of dispensaries and to manage harm prevention.

All that is required is for sane heads to prevail. Political leaders, public health officials, licensed producers, retailers and marijuana users should come together to craft sensible and enforceable regulations for the retail sale of marijuana.

Eds note: An earlier version incorrectly identified the British Columbia Supreme Court as ruling on the federal mail-order program. It was the Federal Court in B.C.

Many Canadians believe they can smoke weed and drive safely: report
May 16, 2018 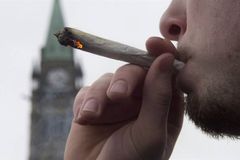 Opinion
Why Canada’s cities aren’t cracking down on marijuana stores
May 16, 2018 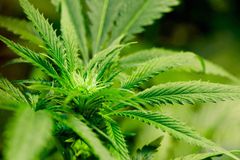