Anastasia Lin is a Toronto-based actress and human-rights advocate. She currently holds the title of Miss World Canada.

China is the country of my birth – a country whose people and culture I still love deeply. When I arrived in Hong Kong en route to Sanya, China, last week, I hoped to represent Canada in the Miss World pageant. But when I got to Hong Kong, I discovered I had been declared persona non grata – unwelcome in China.

I am left wondering if I will ever be able to return there, to the place where my father still lives. And I am wondering if silence from the new Canadian government is something I should expect.

So far, the Miss World organization has made no comment on China's barring my entry. Even more troublesome, the Canadian government has not spoken up to offer support, or even to register any concern.

Why won't the Canadian government speak up? Why haven't I heard from them?

Who I have heard from is the state-run Chinese media – the editorials denouncing me and accusing me of colluding with "hostile forces." I am a beauty queen and actress. How is it hostile to hope for a China where people are free to think and believe?

The Chinese government-controlled Global Times declared I must "pay the price" for standing up for human rights in China and face the "consequences of the path chosen based on [my] own values." Otherwise I won't be able to "reach the broad mainland market."

I am worried that Canada has concluded that the consequences of having values are too great, and that speaking up for freedom of belief should only be done if market issues are not at risk.

I prepared for some of my most recent roles as an actress by spending time with people who have been through China's forced labour camps, people who had been tortured in unimaginable ways. I got to know their stories, and their pain. They stayed true to their convictions in much more desperate circumstances than I will ever face.

If there is one thing I've learned from these people, it is that values do not exist if we only uphold them when it is convenient. Rather, it's when it takes sacrifice and pain that we prove the worth of our principles.

I owe it to these people, and many others, to speak up. I've been given a platform to remind the world of their plight. How could I not use it? How could I trade it for a chance at another crown and sash?

The Chinese government decided to bar my entry to the country – and to the pageant – because I spoke out in defence of human rights and freedom of belief in China. I think the Chinese government hoped that by denying me a visa, it would silence me and frighten others who might consider speaking out against human-rights abuses.

Hopefully, they see now that in my case that won't work. I wish I could say the same for others.

I am deeply moved by the outpouring of support I have received from so many people. Still, I am troubled by the impression that too many people, organizations and governments accept these threats from Beijing as truths that must be observed, that silence about the torture, murder and brainwashing of Chinese people is a fair price to pay to sell products or hold events in China.

My father in China has been visited by Chinese security agencies, and some of his clients are now afraid to be associated with him. I worry about him every day, but he is only one of millions, and silence will do nothing to protect him.

The pressure to give in, to acquiesce, to compromise in order to reach some sort of safe stalemate has been constant. I question myself every day.

I know how profoundly difficult it is to stand up to China. I sympathize with the challenge that the Miss World organization faces, and I understand how complicated it must be for a new Canadian government to manage relations with China. But silence is not a solution.

Silence can hurt, as it has many Chinese Canadians who fear speaking out even from Canada because there is this pattern of family members in China being threatened.

This is what makes it so important the Canadian government show it stands behind Chinese Canadians and that it defends their rights to express themselves, as other Canadians feel free to do.

Canada's government must give its citizens the security of knowing it stands behind them and their basic human right to think what they like and speak their minds. These Canadians should have to self-censor or suffer in silence.

These last few weeks have shown me that the fundamental question I had to answer was simple: Am I willing to change who I am in order to get into China?

It's the same question every government must face, too. And if they remain silent, they have to ask themselves: Are you getting into China, or is China's Communist Party getting into you? 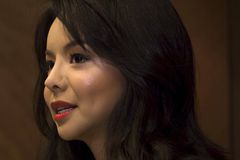 Opinion
Why Canada needs a new approach to China
November 17, 2015 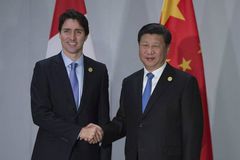