Neil Rau is an infectious diseases specialist and medical microbiologist based in Oakville, Ont.; and an assistant professor, University of Toronto.

Richard Schabas is a public health physician and was Ontario's chief medical officer of health (1987-1997).

In April, 2003, Toronto was hit with a World Health Organization travel advisory because of SARS. The city was justifiably outraged. The advisory was unreasonable – motivated by fear, not science. There was no significant risk for visitors and the embargo simply created gratuitous economic injury.

Will history repeat itself, with the Zika virus serving as a justification to derail the Olympics set to begin on Aug. 5 in Rio de Janeiro? Recent commentaries in the Harvard Public Health Review and Forbes magazine have proposed this drastic response.

Zika, like Dengue and West Nile viruses, is primarily transmitted to humans by mosquitoes. Typically, Zika causes mild or asymptomatic illness. With the recent geographic spread of the virus, two previously unrecognized complications of Zika have become apparent. The first is a rare form of muscle paralysis known as Guillain-Barré syndrome, which has a broad clinical spectrum, from mild to severe, and substantial recovery is the norm.

The other complication of Zika is microcephaly, a brain birth defect affecting 1 per cent of pregnancies when infection is acquired during the first trimester. While the risks for pregnant travellers are probably lower than for Rio residents, the severe consequences justify the prudent advice for pregnant travellers to take a pass on Rio until more is known.

All other travellers are advised to take some basic precautions to prevent mosquito bites, and to follow specific advice to prevent the rare, but newly discovered, possibility of male-to-female sexual transmission of Zika after they return home. But there is no general recommendation not to travel to these countries.

Aside from the logistical absurdity of moving the Rio Olympics elsewhere at this point, the call to do so is based on specious arguments, as follow:

Myth No. 1: Zika virus has changed. In fact, the newly recognized complications, of Guillain-Barré and birth defects, are probably coming to light because Zika is hitting previously unexposed populations. Instead of being infected as children and developing immunity, populations are now getting Zika infection as adults. The virus itself has not fundamentally changed.

Myth No. 2: Zika poses an unacceptable risk to travellers. In fact, risks for Olympic visitors will be much less than for impoverished Brazilians living in hard-hit areas (the favelas) that do not have good sanitation, piped drinking water, intact window screens and central air conditioning. All in all, we should expect fewer than five cases (and maybe none at all) of Zika-caused Guillain-Barré among 500,000 Olympic visitors. It is not a zero risk, but a very small one. The winter months in the Southern Hemisphere should decrease the risk further, as also happens with Dengue.

Myth No. 3: The influx of Olympic visitors will accelerate the global spread of Zika. In fact, the Zika genie is already out of the bottle. It has spread like wildfire in the Western Hemisphere, reaching most of South and Central America and many islands of the Caribbean; its spread is basically dictated by the range of the Aedes mosquitoes and we have no effective means of stopping it. Fortunately, this range doesn't include Canada. It does, however, include the U.S. Gulf Coast states, where Zika will probably arrive soon.

Travel advisories will be ineffective and are unreasonably punitive to affected countries. Why single out the Rio Olympics? Why single out Brazil, which has more than six million tourists each year, without the Olympics? When Zika reaches the United States, should they cancel the next Super Bowl, scheduled for Gulf Coast Houston?

Myth No. 4: Holding the Olympics in Zika-affected Rio breaches the Olympic spirit. Au contraire. The Olympics are supposed to be an inclusive global event, which presumably includes South America. Staging the Games outside the cocoon of the First World carries some risks but also provides huge economic benefits to the host country. The unfortunate emergence of Zika needs to be part of this risk equation but we need a balanced assessment, based on facts and not driven by fear.

In summary, we encourage those non-pregnant travellers who are lucky enough to be going to the Rio Olympics to simply enjoy themselves. Let the Games begin! 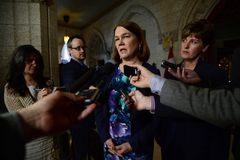 Zika virus a threat to blood supply in affected areas
May 8, 2016 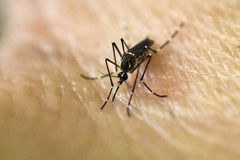