Jamie Oliver is a chef and healthy food advocate

I got to meet Bill Morneau recently. I don't know if he realizes it, but he is a man uniquely placed to protect the health, prosperity and children of Canada.

Eighteen months ago, I sat in front of my teams, and told them we were going to dedicate a year and a half to measuring and communicating the massive benefits of a sugary drinks tax to the British public – using the best advice on health and finance that I could find.

Just like you now, pulling a funny face, they all thought I was mad. We all hate taxes, right? But taxing sugary, sweetened drinks could be the most symbolic, progressive part of your imminent budget. It could be the absolute game-changer in your much-anticipated childhood-obesity strategy, making it even more robust. There's a big caveat though – the money must go into food education and sports initiatives.

The tax has to be used to support teachers, nurses, individuals and communities who already work tirelessly to improve our health. This, I can proudly announce, is what we've achieved in Britain. And that was from a standing start. It's not just about cash; it's about a significant moment that means the whole of the industry is reformulating its products.

And here's the really exciting thing: I truly believe the decision about our British tax wasn't made until 72 hours before the budget announcement. So guys – this is your time to make some real noise. You have three days to tell Finance Minister Morneau that you want this. These things can literally happen overnight.

It was exactly this time last year when our money-man, George Osborne, announced the British tax. In that one moment, Mr. Osborne went from an average politician in a suit to a man who will be written into British history books as a pioneer in the fight against obesity and diet-related disease. He kick-started a chain reaction, and put a major weapon in the arsenal to fight these scourges.

He listened to what the public was saying. That's the job of a politician, isn't it? These guys in Parliament want to be told what to do.

I've spoken to Prime Minister Justin Trudeau about this levy before, and I know he's a facts-and-figures man, which is great. We have so many stats about why taxing sugar is a life-changing move.

New research from the University of Waterloo, commissioned by leading Canadian health organizations, revealed that a sugar levy could save 13,000 lives in the country, and prevent 600,000 Canadians from becoming obese, in 25 years. It says a 20-per-cent levy would save $11.5-billion in health-care costs, and generate $43.6-billion over that time. Whichever way you look at it, that is a lot.

Sure, there are people who don't want this tax, but what is their motivation? Are they a big business with a conflict of interest? Do they have integrity? And do they care about our kids' future?

Ask yourself: How much do you care about spending just a few cents more on sugary drinks, compared with living in a country where as many as 66,000 Canadians die every year from conditions linked to carrying excess weight, and nearly two-thirds of adults and one-third of children are obese or overweight?

Other countries are all over this: Portugal, Ireland, Mexico, France, Finland, Hungary, Norway, Chile, South Africa and several major U.S. cities. Canada, it's time to set an example to the rest of the world that hasn't caught up yet. Blaze a trail like you do so well.

I really hope that on Wednesday, Mr. Morneau will show the world the way ahead, and have the strength and steel to use the science and data available to make this revolutionary decision, just as we did in Britain.

You can make sure he does this. You need to speak out. Don't read this and do nothing. Tell this man to do what is, frankly, simple and logical. Help to give Canadian kids the healthiest chance for a better future.

Liberals test Netflix tax, airport privatization and 'moonshots' ahead of budget
April 10, 2017
Coca-Cola accused of tobacco-like deception in lawsuit
March 21, 2018
Food industry fighting over what can be called ‘true’ milk, mayo and more
May 17, 2018 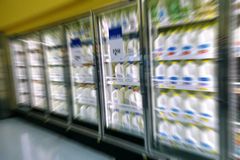