Eric Morse is a former Canadian diplomat who is currently co-chair, security studies at the Royal Canadian Military Institute in Toronto, and senior fellow at the NATO Association of Canada.

On Dec. 30, 1941, in his historic "some chicken, some neck" speech to the Canadian House of Commons, Winston Churchill declared, "We have not asked that the rules of the game should be modified. We shall never descend to the German and Japanese level, but if anybody likes to play rough, we can play rough, too."

Two and a half years later, Allied forces, including Canadians, killed an estimated 2,500 French civilians on the first day of D-Day. We played "rough" indeed. It was accepted by Allies and Europeans alike as the price of liberation.

Whatever Canada's role becomes after the Paris attacks, how many how many civilian casualties is now too many?

Suggestions have recently surfaced in the media that Canadian CF-18s flying missions over Iraq and Syria have at various times inflicted "collateral damage" – that is, civilian casualties, allegedly totalling 47 – in the course of their attacks on Islamic State targets. The CBC program The Fifth Estate that advanced them on Oct. 30, it should be noted, does not claim to have substantiated these reports.

The allegations are certainly troubling because they suggest that Canada may not itself have been fully aware of every reported incident, but they are more troubling because they appear to imply something that the program never quite specifies. There seems more than a suggestion throughout that someone was looking for something beyond a mere absence of confirmed information. If that suggestion was intended to be made at all, it should have been made far more directly.

The producers could hardly have known it, but on the day after the program aired, the Russian Air Force was alleged, on rather firmer evidence, to have inflicted at least 150 casualties in attacks around the Syrian city of Aleppo.

A spokesman for Airwars, an independent group of journalists that tries to monitor civilian casualties in this conflict, commented to CBC interviewers: "The fact that the [Canadian] commander on the ground was oblivious to potential Canadian involvement [in casualties] is deeply troubling." Airwars, which to its credit does acknowledge that no war will ever be free of civilian casualties – only that they should not go unacknowledged – has now begun tracking Russian air strikes to the extent that it can. A bald statement of comparative casualties as the war proceeds should be instructive on its own.

But the greater issue here is not how many civilian casualties have been inflicted or how accurately they may have been tracked by a coalition that has at least attempted to minimize them – but whether the West (and Canada in particular) has come to a point where any casualties at all are so unpalatable that we are incapable of waging effective war. What are the implications in a war where the enemy (Islamic State) is doing its level best to erase the distinction between civilian and warrior, as it has once again underscored in the latest Sinai passenger jet bombing and Paris attacks?

The coalition as a whole is losing credibility with regional forces, who are accusing it of being overly cautious about civilian casualties when calls for aerial support come in. Canada, whose previous government had a reputation for talking a greater game than it played in terms of substantive commitment, has now announced the pending withdrawal of our single CF-18 detachment. But so far it has not succeeded in making clear just why it is doing so when it proposes to leave our Special Forces detachment on the ground in a role that – as is now being reported this week – is almost certainly somewhat more than training or advisory. Those distinctions may look well in messaging, but they never play out so cleanly on the battlefield.

Without question thus far in this war, Canadians have been starved for information. That is something the government can and should rectify in short order. But doing so will not mask the point that if Canada is a member of a coalition waging war, then Canada is waging war – no matter what capacity we are involved in. Any hair-splitting on the issue is playing dangerously close to John Manley's classic jab that "when the waiter brings the cheque, Canada takes a washroom break." In the end, whether the bomb that kills a civilian is dropped by a Canadian warplane is morally irrelevant for so long as we remain part of the coalition waging the war.

And if we choose to withdraw entirely from the war, that also has moral consequences. Philosopher Michael Blake told CBC recently, "If human rights are to mean anything – if they are to be facts in the world, rather than words on paper – then they have to be defended. If human rights can be ignored with impunity, then they are not rights, but mere aspirations."

Why Churchill's understanding should now be alien to us – it was, after all, inescapably part of the value set that our ancestors fought for, whose sacrifice we commemorate every Nov. 11 – is something we owe it to ourselves to debate more seriously than we have been doing. How many civilians, indeed? "None is too many" may be no more acceptable in this context than in the one in which it was originally posed.

Canada to send more military trainers to Iraq in battle against IS: Trudeau
November 17, 2015 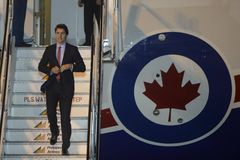 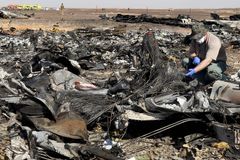 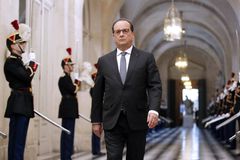