Nicole Goodman is research director, Centre for e-Democracy and an assistant professor at the Munk School of Global Affairs

Thinking back to the low voter turnout in the recent Ontario provincial election, it seems natural to wonder if the electoral performance in that election might be an indicator of the sort of participation we can expect in the upcoming provincial municipal elections; after all, it is the same pool of electors. Declining turnout in Canadian federal and provincial elections has now become the rule rather than the exception. Municipal elections, however, are a different animal. Races at the municipal level generally have not experienced the same trend of decline over the past 25 years, although the lowest levels of turnout typically characterize these elections.

As corporate and government services move online, one has to wonder whether the option of online voting could help promote turnout. The October, 2014, Ontario municipal elections provide an ideal opportunity to evaluate this, given that 97 communities (out of a potential 414 that run elections) are using Internet ballots as an alternative voting method.

These municipalities range in size from an electorate of 900 in Whitestone to approximately 300,000 in Markham. Some are offering paper, Internet, and telephone ballot options, others a combination of paper and Internet, and 61 will be going all electronic offering an arrangement of Internet and telephone voting. Ajax is the largest municipality offering an electronic election. Depending on the community, electronic methods may be available in the advance polling period only, while in others they will be an option on election day. This mixture of online voting approaches makes it more challenging to determine the impact on overall turnout, but there are some interesting insights which suggest remote Internet voting might have a modest impact on getting out the vote.

While overall levels of turnout have declined federally and provincially since the early 1990s, advance turnout in those elections has witnessed a dramatic increase. This increase suggests that Canadian voters enjoy having greater accessibility and choice of the voting process. While this doesn't mean Internet voting will increase turnout (these people are already voters remember) it is evidence of a public desire for greater access. Remote Internet voting from home, your iPad, or mobile device is really as accessible as it gets.

Looking at data from Elections Canada, which asks non-voters about their rationales for not participating, shows that the largest group of reasons cited for not voting in 2000 and 2004 includes items such as disinterest, apathy, and cynicism. In 2008 and 2011, however, we see a shift where the most popularly cited reasons are those that relate to accessibility (e.g. being "too busy", "travelling", "work/ school schedule", and "injury" etc). For electors who are away, busy or injured, the option of voting remotely online from the comfort of their home could encourage voting.

These small increases are not going to solve the issue of low turnout. Nor is any added accessibility offered by remote online voting going to encourage the apathetic to participate. But, for the growing segment of electors who cite reasons related to accessibility as the rationale for their non-participation, could this voting method make the difference between voting and not voting? For some, it might.

Whether online voting delivers marginal increases in voter participation, or not, the more accessible the voting process, the fewer people who can claim they didn't vote because they were "too busy" or "travelling" – especially when casting a ballot could be done with the click of a button. It will be interesting to watch this October and see if the modernization of elections at the local level, specifically whether the option of voting remotely by Internet, has an impact on municipal participation patterns in those areas.

47 municipalities across the province have signed up to participate in an academic study that seeks to answer these types of questions, and others, about the impacts of this technology on local elections (www.internetvotingproject.com).

Record number of Toronto voters cast ballots in advance polls
October 20, 2014
Opinion
Why mayoralty losers should get a spot on city councils
October 1, 2014 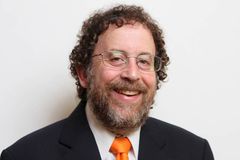 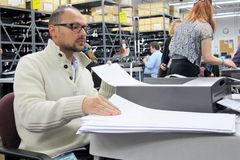 Opinion
Read and vote: Chow, Ford, Tory on their plans for Toronto's future
October 10, 2014
Follow us on Twitter @globedebate Opens in a new window
Report an error
Due to technical reasons, we have temporarily removed commenting from our articles. We hope to have this fixed soon. Thank you for your patience. If you are looking to give feedback on our new site, please send it along to feedback@globeandmail.com. If you want to write a letter to the editor, please forward to letters@globeandmail.com.
Comments