After Barack Obama experienced great success with social media in the 2008 presidential election, Canadian politicians have been trying to get the same results. Canadian leaders now have their own websites, Facebook pages and Twitter accounts. Yet, no one on this side of the 49th parallel has come close to matching Mr. Obama's online achievements in identifying voters, recruiting supporters, mobilizing volunteers and raising money. Is there something in our northern air that makes it harder to get political results from social media?

There may, indeed, be some relevant cultural differences. It's well-documented that Americans give more generously to charities, and it's generally thought they're less restrained than Canadians. Maybe there's something in the joke I heard from a Florida waitress: "What's the difference between a canoe and a Canadian? A canoe will eventually tip." But the greater differences are constitutional and political.

Under the American system of separation of powers, all voters can cast their personal ballot for Mr. Obama or one of his competitors. That makes it sensible for voters to invest in developing a sort of online virtual relationship with the candidates, following their tweets or becoming a Facebook friend.

In the Canadian parliamentary system, by contrast, only the residents of the Quebec riding of Papineau can personally vote for or against Justin Trudeau. In the other 337 constituencies, voters will have to decide whether or not to vote for a Liberal candidate who shares a party label with Mr. Trudeau and presumably will support him in the House of Commons. It's not nearly as direct a relationship as Americans feel with their presidential candidates.

Moreover, differing constitutional frameworks have spawned different types of political parties. American parties are loose coalitions without party discipline in the Canadian sense. They don't have Canadian-style leaders, they rarely expel dissidents and no one expects their campaign platforms to be implemented because the president isn't capable of imposing party discipline on Congress, even on members of his own party.

The looser organization of American parties has allowed Mr. Obama to use social media to foster horizontal links among voters. His messages have encouraged Democrats to form local discussion groups, to hold coffee parties to recruit potential supporters, to organize rallies, to make telephone calls and to raise money from their friends to support the cause. Such spontaneity would be a mortal threat to any Canadian political party that actually aspires to win power. Our media, conditioned to expect rigid party discipline, would seize on a Conservative pro-life, or an NDP pro-oil patch, coffee club as evidence of – gasp! – dissension.

By contrast, Canadian politicians use social media almost exclusively in a top-down way. They post pictures of themselves, their family members and their pets on their websites and Facebook pages, and put up videos featuring the same cast of characters on YouTube. They tweet to draw attention to their latest speech or to criticize opponents or just to tell their followers what they're doing today. It's an attempt to present their human side to voters, but it's also top-down communication that doesn't energize political participation.

Of all current Canadian politicians, Justin Trudeau is best equipped to make a social media breakthrough. Young, athletic and handsome, he also has the mystique of the Trudeau name and appeals to the younger demographic who are the main users of social media. The Liberal team is said to have studied the Obama experience carefully and to be working on participatory initiatives in addition to the usual top-down stuff. If Mr. Trudeau's social media team can surmount the inherent obstacles of the Canadian system, it will give them a step up over the other parties.

Tom Flanagan is a professor of political science at the University of Calgary and a former campaign manager for conservative parties. 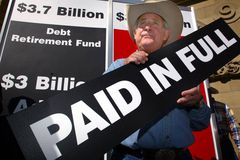 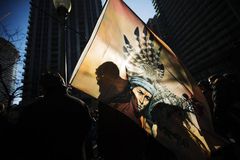