On Monday, when Canadians across the country pause to observe Remembrance Day, how many will think of their soldiers still serving in Afghanistan?

Canada's combat mission ended two years ago, but 620 troops are still here and won't all be home until March. Most are training the Afghan police, army and air-force units expected to ensure that, after 12 years, 158 military casualties and an estimated cost to taxpayers of $18.1-billion, this war wasn't for nothing.

But about 100 are at Camp Souter, near the Kabul airport, literally packing to go home. How do they feel the war will be remembered now that Canada's role is coming to an end?

To find out, I make the trek from my home in downtown Kabul to meet Colonel Stephen Blair, who is leading the exit mission.

His unit is sorting vast quantities of equipment amassed at 13 Canadian bases across the country, and tidying up after battle poses a particular challenge in a landlocked country. As a result, the soldiers are packing whatever is going home in big containers that will be flown to Kuwait, and then travel by sea. Anything discarded will be donated or destroyed.

So, while this is a time to be practical – deciding what goes home (ammunition) and what stays behind (hockey sticks) – it's also a time to reflect on a dozen years of hard conflict.

Asked what he feels Canada's Afghan legacy will be, Major-General Dean Milner, the top Canadian commander here, offers a familiar response. "Security in the south," he tells me.

It's true that central Kandahar, the south's biggest city, is safer than a few years ago. The simple fact that it has not fallen to the Taliban is a testament to the prowess of Canada and its North Atlantic Treaty Organization allies. But outside such pockets of stability, violence continues to rise: Insurgent attacks are up almost 50 per cent this year. It's unclear what kind of "security" Canada is leaving behind.

At Camp Souter, I ask Col. Blair what he thinks Canada has accomplished, something he is well placed to consider: His brother was with one of the first battalions deployed to Kandahar in 2002, and now he is wrapping up. But he pleads for time: "It's too raw. I haven't been able to process anything."

Corporal Stacey Noseworthy, 24, is less hesitant. "I find it a great success," she says of the mission. When asked why she is so sure, she sounds surprised: "But we wouldn't be leaving, if we weren't."

Over lunch, the talk turns to how this war will be remembered. Will there be a celebration on Parliament Hill like the one for troops returning from Libya in 2011?

Many of the soldiers suspect the government wants them to come home quietly and pretend nothing much happened in Afghanistan. Some seem uncertain what the point of it all was.

Before leaving, I ask an Afghan vendor what he thinks will happen when the foreigners go home.

Nothing, he replies, wearing a wan smile. But who will buy your scarves and trinkets?

"I do not worry," he says wearily. (I cannot be the first person to ask.) "Allah is good. He provides. He will protect us." 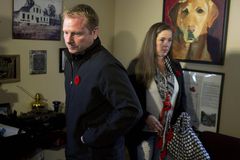 The world is leaving Afghanistan, but the war stays
May 11, 2018 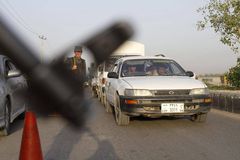