John Sainsbury is professor emeritus of history at Brock University.

The MOOCs (massive open online courses) have arrived and are proliferating. Canadian undergraduates, like their contemporaries worldwide, will be taking an increasing proportion of their courses online rather than in a classroom with fellow students and a flesh-and-blood instructor.

MOOCs broaden access to university courses while slashing the costs of delivering them. That's why they are so appealing to financially strapped funding bodies and university administrators. Even well-endowed and prestigious universities are capitulating. Oxford University has thus far resisted. But Oxford is known as a home for lost causes; so it's the exception that proves the rule.

Teaching faculty who oppose the trend are unlikely to be assuaged by the argument that MOOCs have appeal for a generation already immersed in electronic media. We don't turn to drug addicts to determine best pharmacological practice, the naysayers mutter.

To get some perspective on the magnitude of this pedagogical shift, and especially its implications for the humanities, let's go back some 2,400 years, to Athens, and witness Socrates and his high-born acolytes engaging in philosophical argument, recorded in Plato's dialogues, that has inspired liberal arts curriculums to the present day.

In Plato's Symposium (in ancient Greece, a symposium was an aristocratic drinking party where philosophical discussion occasionally broke out), we are offered fascinating glimpses into the milieu in which Socratic inquiry was fashioned.

Plato's account begins with most of the participants already in their cups, as they unravel the mystery of Love, with Socrates orchestrating the discussion. The flute girl is dismissed. There is a farcical moment as Aristophanes, the comic playwright, recovers from the hiccups. The party is galvanized by the arrival of the charismatic and unstable Alcibiades, Socrates' most beloved pupil and his greatest disappointment. Alcibiades regales the symposium with stories about his mentor that swing wildly between adulation and mockery. He recalls how he and Socrates had once slept together (chastely) under a sheepskin. Unfazed, Socrates resumes his discourse until the other guests leave or fall asleep.

Yet the Symposium retains its appeal even, perhaps especially, in the age of MOOCs. Philosopher Martha Nussbaum suggests the reason. "Socratic thinking is a social practice," she writes. Advocates of MOOCs point out that the medium is interactive. But an Internet chat room can hardly replicate the intensity of face-to-face dialogue.

It's safe to assume that Socrates would have been appalled by MOOCs. Rooted in an oral culture, he was suspicious even of writing, which he saw as a displacement of memory.

Socrates would also have derided MOOCs for reasons repellent to those who uphold the principle of universal access to higher education. At his trial for corrupting the youth of Athens, Socrates compared himself to a gadfly, stinging the "large, noble horse" of Athenian democracy into life. While no one was exempt from his questioning, Socrates was no democrat and certainly no pioneer of mass education. As is made clear in Plato's Republic, initiation in the rigours of dialectical reasoning was to be confined to a select few.

Since Socrates, every advance in the technology of communications has challenged the existing pedagogy. Yet traditional means of conveying knowledge have shown remarkable resilience, even as new technologies take hold. The formal lecture, for example, has survived the arrival of the printing press, because it presents a human dimension to the learning process.

Will the humanities survive the arrival of the MOOCs and the information revolution that is driving the MOOCs phenomenon? They can, but it will require discipline and smart thinking. First, we have to liberate ourselves from the tyranny of Marshall McLuhan's dictum that "the medium is the message." It has long since run its course, from thought-provoking aphorism to stale dogma. If the proposition were true, the humanities would be best advised to close up shop and yield to the hegemony of communication studies.

Computers can distract, confuse, and distort. But they also open a window to a cornucopia of riches for humanities scholars. Anyone who has used the British Library's magnificent online collection of illuminated manuscripts can testify to that.

Those teaching in the humanities must negotiate a steady course between the bafflegab of the technophiles and the blinkered defeatism of the technophobes. Having identified the benefits and limitations of online learning, they would then be in a stronger position to urge the inclusion of a face-to-face component, such as monthly seminars. Who knows? Perhaps Socrates and the MOOCs can be reconciled after all.

Opinion
Students are cool with MOOCs, so why aren’t profs?
August 5, 2013 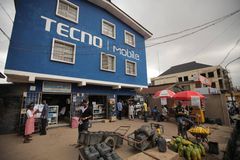