For almost a year, Canada has tried the charm offensive – wooing congressmen and governors whose states depend on trade with Canada. We've called in Brian Mulroney to croon to well-heeled friends at Mar-a-Lago about the friendly neighbour to the North. Prime Minister's Office staff have embraced their counterparts in the West Wing. We have adroitly engaged the President's daughter in women's empowerment initiatives. We have staffed our trade negotiation team with our best and agreed that North American free-trade agreement needs a little reconstructive surgery.

What if we have arrived at a moment when the United States we thought we knew is gone forever? What if, instead of dependable partner with shared interests, we have a narrow, inward-looking, seething, unpredictable, open wound as a neighbour? What if, as economist Stanley Fischer has opined, instead of a global hegemon, anchoring the postwar economic order and national security order, we have the United States as a source of volatility? Maybe we already do, but refuse to see it.

What if the racial tensions are so entrenched, the anger so raw, the partisan divide so deep, that the United States cannot ever come together again? What if "America," that "Shining City On The Hill," that "New Jerusalem" is irretrievable? What if we soon share or already share a continent with an unpredictable roiling mess; at best dysfunctional, at worse, a musket shot away from civil strife. A mix of anger, historical hatred, guns and vicious rhetoric has destroyed other societies. The survival of the American Republic at 300 years old is not preordained or assured. Few empires survive that long.

We have watched as the vaunted "checks and balances" of the United States system of government have been checked and come unbalanced. Does anyone want to bet on where the current circumstances may take that once great Republic?

How they got there is not ours to solve. There may be years of recriminations over: "Who lost America?" But that is for them to argue about. It will take leaders of not inconsiderable talents to bring America back from this place and after that, years for them to fashion a new vision for themselves. In the meantime – and it could be a mean time – other hegemonic powers will assert and project their leadership.

For us, "winter is coming" as they say, ominously in Game of Thrones, and that winter has implications for our prosperity, peace at our border, national and international security. It is time to think about the implications for Canada if we have to go it alone.

It wouldn't be the first time that we looked south and worried about our survival. The 1860s was such a time as America tore itself apart in civil war. When the war ended (has it ever ended?) we feared the designs the victorious North might have on the remnants of British North America. Canada was born out of that fear.

We have spoken for decades with pride about: "the world's longest undefended border." Perhaps it is Canadians who should be worrying about thickening our border (physical and notional) to protect us from the chaos to the south. The values gap between our two nations can poison us, too. When Britain faced the Brexit vote, the British government wouldn't allow civil servants to think about the implications of a Yes vote. They didn't want to look like they lacked confidence in the outcome.

When we faced a referendum in 1995 that might have torn Canada apart, I was a member of Parliament. Many of us asked about the postreferendum plan. However, there was no plan for losing. Our concerns were waved away and we were told that everything was under control … until on the eve of the vote it became obvious that was not the case. Only the separatists had a plan for what would happen the day after the vote and in the days after that.

We cannot make the mistake of counting on things going on pretty much as they have. That is fantasy. While Canada cannot "officially" contemplate a dysfunctional or dangerous neighbour, it is time to acknowledge the neighbourhood we now live in and to think about what that could mean for our future. This is not just about whether NAFTA falls apart. We have read the U.S. retreat from the world as an opportunity to "punch above our weight." We bask in the conceit that the world needs more Canada, the last bastion of centrist (read "liberal") values. Well and good; but not good enough.

We do not live on an island. We live on this continent. One-hundred and fifty years ago we decided that geography need not be destiny. We made our own way somehow, a small population in a vast land with a nascent set of our own values. We found strength we didn't know we had and a way forward. We need to find that spirit again to have a clear focus to continue the promise that is Canada, for us and for the world. That's our challenge for year 151. We have never had the luxury of standing still. It's too cold.

Opinion
Canada must dare to help the ‘DREAMers’
September 6, 2017 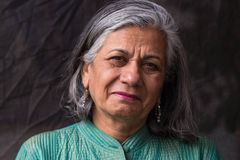 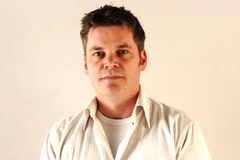 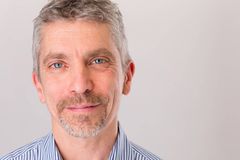