A few years ago, when Winnipeg was experiencing a particularly brutal bit of January weather, the local museum made a rather startling revelation: The temperature in town was actually as cold as the surface of Mars.

People thought it was a joke. It wasn't. On a good day (see: warm) the exterior of the red planet can hit minus-29 C. On a bad day (see: cold) in Winnipeg the mercury can hit minus-30, with the wind chill making it feel like minus-50.

It's a city that comes by its nickname, Winterpeg, honestly.

Read more: A look inside Palm Beach, where wealthy Canadians are one degree of separation from Donald Trump

Consequently, it's understandable that if you have the financial means, the winter months are a good time to seek refuge in the warm sun somewhere, like Costa Rica. Better still is to own a place there where you can go any time to sip Mai Tais on your veranda, while the poor plebes back home suffer in frozen silence.

In fact, that is where Manitoba Premier Brian Pallister is said to be right now, at his Central America tropical retreat, which he likes to enjoy a couple of months each year. He spent Christmas there and intends to spend most of this month there as well.

While no one begrudges a politician a holiday, the length of Mr. Pallister's getaways are a concern – especially given the fact that he has admitted to not using e-mail. He told reporters he owns a laptop but rarely uses it. Any government business that needs to take place while he is away is done the old-school way – over the phone, he says.

This is not to suggest he is just sitting around in his shorts marvelling at monkeys all day. He reads books and things. In fact, he even went as far as having some of them laid out on his desk during a series of one-on-one interviews he did recently with media in a bid to quell the growing controversy over his extended holiday escape.

Who knows if he reads them or not? Who knows how much government work he conducts while he's away? There is no possible way of telling. And that is just one of the problems that his extended holiday adventures pose.

The bigger issue for Mr. Pallister is one of perception. He ran for office on a pledge to clean up the province's fiscal mess, something that was only going to be done with the shared assistance and sacrifice of all Manitobans. There would be tough-love budgets that would not be painless for anyone.

Which is fair enough.

But then to take off for weeks when your citizens are enduring another type of sacrifice altogether – existing in the unforgiving frozen tundra that is Manitoba in winter – is simply poor form. Worse is to attempt to rationalize it, as Mr. Pallister has done, by saying he works 60-hour weeks when the legislature is sitting.

Sure, 60 hours is a long week. But it is also one expected of the person holding the highest office in the province. Surely, you go into the job assuming hefty workloads are ordinary. It is a privileged position that in itself is expected to come at a personal cost. Saying that because he works long hours he's entitled to disappear to his paradise playground a couple of months a year is completely tone-deaf.

There are a lot of people in Manitoba who work 60 hours a week or more, many in menial, low-paying jobs. They trudge the snow-filled streets of Winnipeg, and elsewhere, in the harshest of conditions because they have no choice. It's called surviving. For them, the notion of a tropical retreat is something locked in the images of a magazine.

It's evident that the Premier knows none of this looks good. Accordingly, the showy display of all the "reading material" he takes down with him. ("See, I'm working! This isn't a holiday!") Even when Mr. Pallister was leader of the opposition, he acted like someone who knew disappearing down south for long stretches was politically problematic.

He got caught in bald-faced lies a couple of times when he was at his holiday abode but had indicated he was somewhere else.

Clearly, it's a luxury he's not prepared to give up. It may be a decision that prompts those he leaves behind to say during the next election: If you love it so much, stay there. 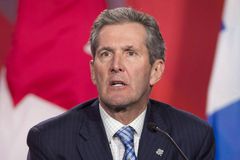 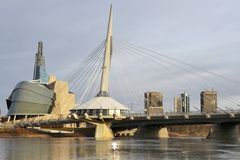