When it comes to marketing boards, Stephen Harper's government picks its battles.

Last month, the Conservatives tabled long-promised legislation to end the Canadian Wheat Board's monopoly on western wheat and barley, a monopoly that's been in place since 1943. Until now, Prairie farmers have been obligated to sell their barley or wheat to the Wheat Board or face jail time. The structure was intended to countervail power between farmers and grain buyers, and it worked for decades. The global economy has changed, however, and many farmers want out.

Ending the Wheat Board's monopoly is a contentious move that has deeply divided rural Canada in the Prairies for decades. That division has been mainly among farmers, although more and more have progressively been embracing the virtues of free-market enterprise. Since Canada is following in the footsteps of many other countries that have done the same thing in the past, it was just a question of time.

Now that we have some clarity on the future of the Canadian Wheat Board, at least from a political standpoint, attention is slowly turning toward supply management.

Supply management controls domestic production and imports for five specific commodities: eggs, milk, chicken, turkey and broiler-hatching eggs. While supply management regulates domestic production based on consumer demand to guarantee decent returns for farmers, Canada has high import tariffs for these commodities. It's heaven on Earth for many farmers in Canada. While Canadian supply management does not concern more than a few lobby groups in the country, it has been highly contested abroad. The Wheat Board's monopoly and supply management are correlated: Both are bureaucratic marketing boards that distort trade and undermine entrepreneurial know-how and innovative thinking in Canadian agriculture.

But even though the trade-happy Harper government is keen to end the Wheat Board's monopoly, it has been supportive of supply management. Some people believe this disjuncture constitutes a paradox in the government position. Not quite, for two reasons.

The first is based on consumer psyche. The Harper government understood years ago that consumers do not buy wheat or barley, but they do buy milk, chicken and eggs. A government can argue its way out of a grain monopoly on the basis of economics alone, whereas discussions of supply management are politically charged and difficult to command. Supply-managed farmers base their argument on food sovereignty and safety concerns, which consumers trust the farmers to know best. Urbanites' lack of farming knowledge makes most Canadians likely to believe farmer groups. The government would lose this game most of the time.

The national political landscape is another reason. Since its inception, the new Conservative Party has been desperate to garner support in Quebec and Ontario, where supply management is king. And now that the Conservatives owe their majority to Ontario, they should not be expected to discuss supply management any time soon.

Changes to supply management will be forced on Canada externally, through free-trade negotiations with other countries. It may not happen under this government, but it will happen eventually. Food politics condemns Canada to wait for the bagpipers to end supply management. Let's hope that, unlike the Canadian Wheat Board, which is still challenging the government, supply-managed farmers will have the foresight to befriend change – and get on with it.

Sylvain Charlebois is an associate dean and professor at the University of Guelph's College of Management and Economics. 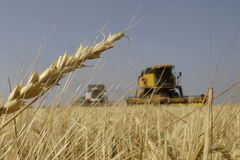 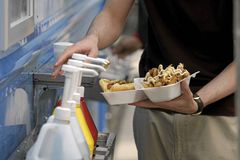