This country's 100th anniversary, marked by Expo 67, ranks as one of the high points in the story of Canadian unity. Though few trumpets are sounding, we shouldn't be surprised if the 150th, which comes next year, outdoes it.

The Canadian fabric is more tightly woven than it was a half-century ago. On the stability scale, few countries rank higher. To be flattered, we need only observe the escalation of ethnic nationalism in Europe and the surge of divisive nativist passions in the United States.

After our centennial celebrations, we experienced those types of tensions here. Ethnic nationalism escalated in Quebec and regional tensions magnified in the West. Instability, particularly in Quebec, was palpable over a three-decade period. Today, the separatist threat is about as lethal as the collywobbles. The Parti Québécois's most recent show of enfeeblement saw its leader,

In the West, bitter talk of alienation and estrangement is all but gone. Stephen Harper, in what will likely stand as his most memorable legacy piece, can take credit here. He was pivotal in bringing the West in. With firewall talk, he and malcontented Reform Party confrères once seemed intent on taking it out. That all changed.

One of the impacts of searing tragedies such as the wildfires in northern Alberta is that they bring people together. Other provinces have responded to the destruction with immediate, heartfelt support. Albertans have a sense of the caring. Debates about pipelines that threaten to restoke old regional tensions will take on a new perspective. The need for rebuilding the Alberta economy will now be paramount and a consensus easier to find.

Unity is made easier when there is a federal government, as is the case now, with like-minded parties in power in provinces across the country. It is helped when Canadians can come together in altruistic causes such as the welcoming of refugees. And before 1967, the country saw pronounced levels of unity in the two world wars (though again, tensions with Quebec, as evidenced with the conscription crises, dimmed some of the lights).

While instability in other countries today is triggered by the rise of parties seeking radical change, Canada finds itself on a more moderate track. After a two-decade period that saw the separatist Bloc Québécois as the Official Opposition, the New Democratic Party in the same role and a non-progressive Conservative Party in governance, a more traditional political order has been restored. The NDP has returned to the hinterlands, a less-fanged Tory party forms a strong Opposition, polarization has waned.

Justin Trudeau, who has the international media all abuzz about Canada, has brought a new spirit, a more positive and co-operative outlook, to the country. He has been in power six months. On policy, too many balls are in the air to make any categorical assessments. Progressives by and large like what he is doing. Conservatives by and large don't. What could be more predictable?

But importantly, the Prime Minister has rid the country of bunker-mentality politics. The Conservatives thought they had to employ wedge politics to win. There was a lot of pitting of Canadians one against one another. Now, the approach is more open, energetic and forward-looking.

With his youthful swagger (Opposition Leader Rona Ambrose is pretty cool as well), Mr. Trudeau shows few signs of being gripped by insecurities, of imagining enemies behind every pop stand. For all his talents, former prime minister Pierre Trudeau could be prickly and divisive; his son appears to have learned for the better.

Atmospherics are the easy part of governance and Justin Trudeau can only go so far on showboating and charisma. The test will come with his actions on difficult policy questions.

But team unity and spirit, whether it be on the playing fields or in the political arena, are not qualities to be underestimated. A unified country is more capable of meeting big challenges. On the eve of its 150th birthday, Canadian unity has rarely, if ever, been stronger. 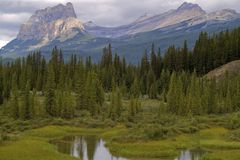 Opinion
The frustrations of being Governor-General
April 26, 2016