Joseph Nye is a Distinguished Service Professor at Harvard University, and author most recently of Is the American Century Over?

Donald Trump, the Republican Party's presumptive presidential nominee, has expressed deep skepticism about the value of U.S. alliances. His is a very 19th-century view of the world.

Back then, the United States followed George Washington's advice to avoid "entangling alliances" and pursued the Monroe Doctrine, which focused on U.S. interests in the Western Hemisphere. Without a large standing army (and with a navy that in the 1870s was smaller than Chile's), the United States played a minor role in the 19th-century global balance of power.

That changed decisively with its entry into the First World War, when Woodrow Wilson sent troops to fight in Europe. Moreover, he proposed a League of Nations to organize collective security on a global basis. But after the Senate rejected U.S. membership in the league in 1919, the troops stayed home and the country returned to normal.

Though it was now a major global actor, the United States became virulently isolationist. Its absence of alliances in the 1930s set the stage for a disastrous decade marked by economic depression, genocide and another world war.

Ominously, Mr. Trump's most detailed speech on foreign policy suggests that he takes his inspiration from precisely this period of isolation and "America first" sentiment. Such sentiment has always been a current in U.S. politics, but it has remained out of the mainstream since the end of the Second World War for good reason: It hinders, rather than advances, peace and prosperity at home and abroad.

The turn away from isolation and the beginning of the "American century" in world politics was marked by president Harry Truman's decisions after the Second World War, which led to permanent alliances and a military presence abroad. The United States invested heavily in the Marshall Plan in 1948, created NATO in 1949 and led a United Nations coalition that fought in Korea in 1950. In 1960, President Dwight Eisenhower signed a security treaty with Japan. American troops remain in Europe, Japan and South Korea to this day.

The United States has had bitter partisan differences over disastrous interventions in places such as Vietnam and Iraq, but there is a bedrock of consensus on its alliance system – and not just among those who make and think about foreign policy. Opinion polls show popular majorities in support of NATO. Nonetheless, for the first time in 70 years, a presidential contender is calling this consensus into question.

Alliances not only reinforce U.S. power; they also maintain geopolitical stability – for example, by slowing the dangerous proliferation of nuclear weapons. While U.S. presidents and defence secretaries have sometimes complained about its allies' low levels of defence spending, they have always understood that alliances are best viewed as stabilizing commitments.

And yet Mr. Trump extols the virtues of unpredictability – a potentially useful tactic when bargaining with enemies, but a disastrous approach to reassuring friends. Americans often complain about free riders, without recognizing that the United States has been the one steering the bus.

It is not impossible that a new challenger – say, Europe, Russia, India or China – surpasses the United States in the coming decades and takes the wheel. But it is not likely, either. Among the features that distinguish the United States from "the dominant great powers of the past," according to British strategist Lawrence Freedman, is that "American power is based on alliances rather than colonies." Alliances are assets; colonies are liabilities.

A narrative of U.S. decline is likely to be inaccurate and misleading. More important, it holds dangerous policy implications if it encourages countries such as Russia to engage in adventurous policies, China to be more assertive with its neighbours or the United States to overreact out of fear. The United States has many problems, but it is not in absolute decline, and it is likely to remain more powerful than any single state for the foreseeable future.

The real problem for the United States is not that it will be overtaken by China or another contender, but that a rise in the power resources of many others – both states and non-state actors – will pose new obstacles to global governance. The real challenge will be entropy: the inability to get work done.

Weakening U.S. alliances, the likely result of Mr. Trump's policies, is hardly the way to "make America great again." The country will face an increasing number of transnational issues that require it to exercise power with others, as much as over others. In a world of growing complexity, the most connected states are the most powerful.

The United States, according to Australia's Lowy Institute, tops the ranking of countries by number of embassies, consulates and missions. The United States has some 60 treaty allies; China has few. The Economist magazine estimates that of the world's 150 largest countries, nearly 100 lean toward the United States.

Contrary to claims that the "Chinese century" is at hand, we have not entered a post-American world. The United States remains central to the workings of the global balance of power, and to the provision of global public goods.

But its pre-eminence in military, economic and soft-power terms will not look the way it once did. The U.S. share of the world economy will fall, and its ability to wield influence and organize action will become increasingly constrained. More than ever, its ability to sustain the credibility of its alliances as well as establish new networks will be central to its global success.

Opinion
Trump will find that fierce nationalism goes only so far
May 16, 2018

Trump’s Play-Doh platform: How details of his plans are ever-changing
May 16, 2018 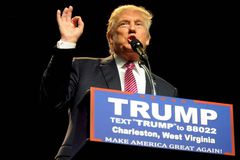 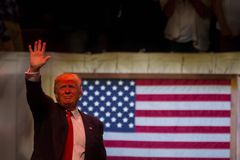