Not much, really, just a few minutes of puck possession, some unrestrained creativity, even a few familiar names in the air helps.

So thank you, world championship, for offering a welcome alternative every couple of days.

Let us not kid ourselves – Canada vs. France in an empty arena in Helsinki is certainly not Canada heading into overtime against a tough American team, nor is it a Game 7 with everything on the line – but at least it is not dump-and-chase, chip the pucks off the glass (or, just as often, over the glass), block the shots and crash the net endlessly.

It is hockey played differently, and for this reason alone it is refreshing, regardless of the final score.

No one is suggesting that Jonathan Quick and Dustin Brown have been anything but sensational for the Los Angeles Kings, but we will suggest that there can be more to the game of hockey than the New Jersey Devils, the Phoenix Coyotes, the Nashville Predators et al. have been offering up this spring.

With the morning paper saying it is time for the Montreal Canadiens to chase after retired coach Jacques Lemaire – the Patron Saint of Unwatchable Hockey – the world championships are at the very least an argument for fast, skilled hockey in which scoring counts for more than not scoring.

The Stanley Cup playoffs, for some years now, has been a tournament run largely in reverse, with the climax and greatest interest in Round 1 followed by a sliding war of attrition that culminates in June with exhausted players and weary fans just wishing it would get over with so summer could start. It does not help in Canada when they schedule Sunday afternoon games when cabin-fevered Canadians are thinking far more of bikes and canoes than of skates and pucks.

The Stanley Cup playoffs are also so overly coached that, inevitably, defence rules. Far easier to teach trapping and shot-blocking than knocking the goalie's water bottle off the top of the net with a high wrister.

When St. Louis Blues coach Ken Hitchcock said Sunday, after his team fell in four straight to the eighth-place Kings, that "L.A. plays the way you have to play to win the Cup now," he was not speaking of firewagon hockey. He meant Darryl Sutter hockey. There's a difference.

World championship and Olympic hockey is not only played on the far more inviting larger ice surface, but they are short-term tournaments in which teams are hastily assembled, meaning coaching becomes a bit more like herding cats than training guard dogs. Sutter's brother, Brent, hasn't a prayer of turning his gifted charges – John Tavares, Jeff Skinner, Jordan Eberle, Evander Kane, Ryan Nugent-Hopkins, Corey Perry, Ryan Getzlaf, Patrick Sharp, Andrew Ladd, Duncan Keith, etc. – into a Jacques Lemaire team in a span of two weeks. Who knew, until seeing what he could do with big ice and gifted linemates, what a sensational talent is Jamie Benn of the Dallas Stars?

You cannot help but think that if this world championship was being held in, say, Montreal, Ottawa, Toronto, Winnipeg, Edmonton, Calgary or Vancouver, even a game like Canada vs. France, which ended 7-2 in Canada's favour, would be a sellout – rather than being played in front of a "crowd" that would easily fit into one of the Skoda cars looming over the corner boards at the Hartwall Areena in Helsinki.

That Canadians love international hockey is simply not debatable, just as it is inarguable that Canadians love their Stanley Cup – even if only two Canadian teams qualified for the playoffs and neither survived the first round. Television audiences might indeed be up during these playoffs, but the most-watched television broadcast in Canadian history is not the walk on the moon but the gold medal game at the 2010 Vancouver Winter Games, when the final audience hit 16.7 million – roughly half the country – for the game in which Sidney Crosby will live forever.

So, in exchange for devoting three months – including two of our favourites – to sitting indoors and watching the endless Stanley Cup playoffs, Canadians ask only one small thing of the National Hockey League.

Agree to let the likes of John Tavares and Jamie Benn and Ryan Nugent-Hopkins compete in Sochi in 2014.

And while we wait for one more round of glorious Olympic hockey, thank you to the world championship for a yearly reminder of how wonderful this game can be when the tournament is short, the players brilliant and the coaches cannot have quite the control over them they would like.

Going for IIHF gold in Helsinki
Gallery
May 7, 2012 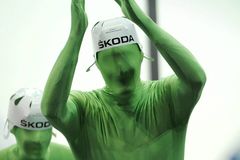 The battle begins: Who had the best playoff beard of all time?
May 2, 2012 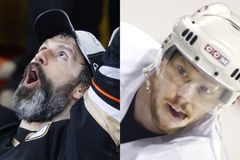 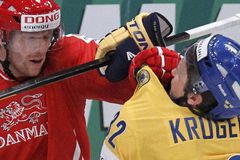 Getzlaf says reports of bar incident in Helsinki 'overblown'
May 7, 2012 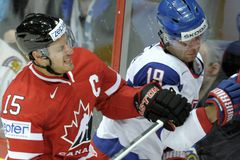 Canada cruises past France at hockey worlds
May 7, 2012 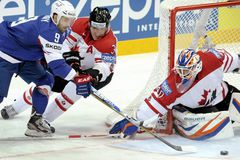 Marc-Edouard Vlasic forced out of world hockey championship
May 6, 2012 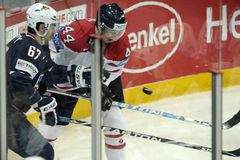 Finnish forward hoping to sign deal with Leafs
May 6, 2012
new
Canada falls to U.S. in overtime at world hockey championships
May 5, 2012 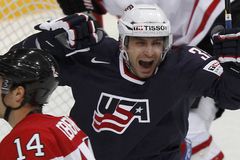 Burrows under observation after head injury
May 5, 2012 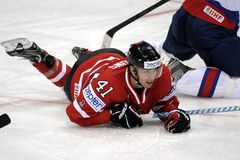