Before we all descend into 13 states of apoplexy about the hit Netflix series 13 Reasons Why and the impact it could have on young people, let's be clear about a couple of things:

• Those calling for teens to be prohibited or otherwise dissuaded from watching the show have missed the boat. They've already seen it and, if not, the outpouring of adult angst will only make them more likely to do so;

• Tweens and teens who watch 13 Reasons Why aren't suddenly going to kill themselves. The so-called "contagion" theory is a bit more complicated than that.

• The series, which has been set-upon by countless schools, schools board, mental health groups, health professionals and politicians, has so many flaws but also many redeeming qualities.

13 Reasons speaks to young people frankly about difficult contemporary issues like cyberbullying, sexual harassment, date rape and drug use, as shows such as My So-Called Life and Freaks and Geeks did for previous generations.

But the fact that the plot revolves around a young woman's suicide is discomfiting, to say the least.

The story is narrated by Hannah Baker, a 17-year-old who has killed herself. But, before doing so, she records 13 cassettes (a lovely retro touch), outlining how she was wronged and hurt by her friends and acquaintances.

"Welcome to your tape" has already entered the lexicon and become a meme.

Hannah's suicide, we are led to believe, is a way of exacting revenge. As the tapes are passed around, and the guilty parties are confronted by their failings, they are filled with regret and remorse.

That's one of the central problems with the plot: It's totally unrealistic.

People who kill themselves – and young people in particular – rarely make meticulous plans and even more rarely explain their reasons.

Suicide is devastating and haunting because, with few exceptions, loved ones are left with more questions than answers.

13 Reasons Why, in many ways, romanticizes mental illness and suicide. Some terrible things happen to Hannah – she is objectified, she is ostracized and she is sexually assaulted – yet the adults she reaches out to are clueless and inept. Further, she does not appear to show any signs of depression, an almost universal symptom in people who take their own lives.

Worst of all, the series portrays suicide as a viable, logical option, which it isn't.

What has people worked up most of all, however, is the portrayal of Hannah's suicide. It is graphic and it is brutal: She lies in a bathtub and slashes her wrists – in high-definition. The scene where Hannah's mother finds her, dead in a tub of blood-soaked water is wrenching.

Those who have read the novel 13 Reasons Why by Jay Asher will know the death scene is a significant divergence. In the book, there is no real discussion of how Hannah killed herself, other than vague hints that she took pills.

The wrist-slashing seems gratuitous and unnecessary, though those who wrote and produced the television show have argued that they wanted to portray the screaming, agonizing horror of suicide, not romanticize it.

That scene – and the series more generally – breaks all the rules, such as the guidelines published by the Canadian Association for Suicide Prevention.

Be that as it may, the series is out there, and it's being gobbled up by young people.

At this point, the genie cannot be stuffed back into the bottle. The single best thing parents and educators can do is actually talk openly with young people about 13 Reasons, about the issues it raises, about its flaws, and about how to get help if they need it.

Remind them that, in real life, not all adults are dolts.

Ideally, parents should watch the series with their teens, though it's difficult to watch - and it should be.

But keep the self-righteousness in check. Try to understand why this show is compelling to an adolescent.

The last message we want to send to young people is that suicide is something you don't talk about.

Where to get help when you’re concerned with your mental health
March 29, 2017
Survey finds 22 per cent of Canadian teens considered suicide in past year
September 8, 2016 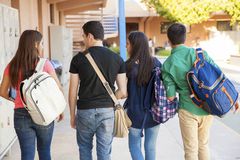 What it’s like to treat high school students for opioid addiction
January 19, 2017 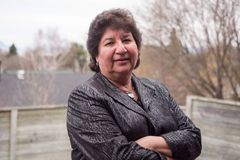