The Harper government is hardly the first in Canadian history to routinely overrule its bureaucrats. Despite the popular image of clueless cabinet members being manipulated by cannier public servants – think Yes, Minister – bureaucrats have always deferred to their elected masters even when they disagree strongly with them. That's how it must be in a democracy.

The job of the bureaucracy is to provide advice to the government and execute its decisions. A healthy and productive working relationship between elected officials and the public service requires mutual respect and loyalty. There is a natural tension between bureaucrats, who are permanent and non-partisan, and cabinet ministers, who are transitory and political. But for government to function, there can be no ambiguity about who's in charge.

If a prime minister and cabinet ministers feel they cannot count on the loyalty and discretion of their bureaucrats, they will increasingly marginalize them and discount their advice in making policy. Indeed, some argue that this is what's happened under Stephen Harper's Conservatives.

It's hard to generalize, since interactions between ministers and their top bureaucrats occur behind closed doors and in encrypted e-mails. But if a climate of mutual distrust has poisoned the relationship between the bureaucracy and the Harperites, it's worth asking how it happened and who bears responsibility for it. It turns out there's plenty of blame to go around.

Gilles Paquet, a University of Ottawa professor who has studied the federal bureaucracy for more than five decades, says he's seen a "dramatic transformation" in the culture of the public service in the past two decades. There is less deference among bureaucrats. Some commonly seek to influence public opinion by speaking out, usually through surrogates, against their political masters. This extends far beyond legitimate whistle-blowing to expose misdeeds. There is a generalized venting of indignation that would have been deemed outright insubordination in decades past.

In the old days, bureaucrats were lifers whose longevity depended on reassuring their ministers of their loyalty, regardless of the boss's political stripes. Gordon Robertson, Clerk of the Privy Council under former Liberal prime ministers Lester Pearson and Pierre Trudeau "could disagree with Mr. Trudeau and suffer the consequences, but bite his tongue afterward," Prof. Paquet says. Bureaucrats today "are infinitely more opportunistic and career-driven." And indiscreet.

These days, senior bureaucrats, including diplomats, retire from the public service at a young age and assume gigs as consultants for their former employer or as advisers to lobby groups, law firms or corporations. Unbound by the code of ethics that governs active bureaucrats, they give voice to disgruntled friends and colleagues still working inside the government, becoming media critics of the government in their capacity as public policy experts. But they're hardly neutral.

"The public has been persuaded that when an ex-bureaucrat talks about policy, it's based on science and evidence, but that when a politician speaks about it, it's based strictly on anecdotes," Prof. Paquet says. "But a bureaucrat's point of view is just one among many."

This view is echoed in a March article in Optimum Online, a public-sector management journal that Prof. Paquet edits. The article, by a senior Ottawa-based policy analyst using a pseudonym, asserts that "many senior federal public servants [develop] a conviction that they are better guardians of basic values of our democracy than elected officials. While this attitude had to be somewhat tamed while they were on active duty, it has become fully unleashed in retirement."

The author goes on: "This has naturally generated a flow of self-righteous condemnation of current government policies by many newly unencumbered retired senior officials, and has thereby provided immense moral support for those senior public servants still in active duty – former colleagues and friends – to heighten their own passive (or semi-active) opposition to the elected government from within. As a result, the corridor of what has come to be regarded as tolerable disloyalty from within would appear to have widened considerably."

This trend is nearly certain to outlive the Harper government. Future governments will become even more suspicious of the bureaucracy they inherit. To some extent, such suspicion has always existed. But Canada has always resisted the American practice of administrations stuffing the top layers of the bureaucracy with political appointees. Prof. Paquet worries that will change unless the principles of bureaucratic loyalty and discretion are restored.

Opinion
The French-language debate: Mulcair is in the crosshairs
September 24, 2015

Opinion
Why Carly Fiorina is a threat to Donald Trump
September 21, 2015 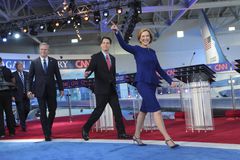