As you squeegee out your basement, replace your blown-off roof tiles, bury your heat-withered tomato crop and think about moving to a house on higher ground, you will be forgiven if you want to step out onto the street, tilt your head toward those odd-shaped clouds massing on the horizon, and scream, "Fix it!"

And that might be a reasonable request. The weather is broken. To some degree, this is because we broke it: While it is foolish to link any individual extreme-weather event to the larger climate, it is becoming increasingly apparent that the growing frequency and intensity of windstorms, floods, hurricanes and extremes of heat and cold is a consequence of higher levels of weather-system volatility related to a warming trend caused in part by human-generated carbon emissions.

If we broke it, should we fix it?

The idea of geoengineering – planet-scale projects to reverse climate change – was on the sci-fi fringes of political thought when first proposed by the scientific community back in the 1970s, when the climate effects of fossil-fuel emissions first became apparent.

But it has recently gained a lot more mainstream credibility in both scientific and policy circles. Last week saw a major breakthrough, as the U.S. National Research Council, along with NASA, the U.S. Geological Survey, the National Oceanic and Atmospheric Administration and other high-level agencies, convened a blue-ribbon group of scientists to evaluate the leading high-tech proposals to fix the Earth.

There are, basically, three big ideas for reversing the warming trend: Putting chemicals in the atmosphere to make it more reflective so less sunlight reaches the surface; changing the chemistry of the oceans (possibly by dumping millions of tonnes of iron filings into them) so they absorb more carbon; and increasing the carbon absorbency of the soil by seeding it with substances such as biochar (a form of charcoal) – an approach that would also increase agricultural productivity, its advocates say.

None of these have progressed beyond the experimental stage, but they're being taken seriously. Should we embrace them? On a basic level, yes: It's worth money to find out what we can do to fix the world.

But we shouldn't pretend that geoengineering is going to provide us with a global reset button, or make it unnecessary to reduce emissions and build defences against the effects of rising ocean levels and volatile weather systems. There are three very serious problems:

The problem of expense. These schemes would cost enormous sums of money – the kind of money that only governments can produce, and probably on a very long-term, possibly permanent, time scale.

We have spent two decades debating another expensive proposition, the reduction of worldwide carbon emissions, and the level of commitment from governments has only been modest. Given our reluctance to fix the problem at its source, are we likely to fork out the even larger sums to fix its consequences?

The problem of authority. In any case, who is this "we?" What government or corporation or international agency has the authority to mess with the oceans and atmosphere and soil? What if warm-weather countries embrace the idea and are opposed by countries, like Canada, that might benefit from warming?

That prospect is alarming enough that several security agencies, including the Central Intelligence Agency, recently funded a study that looks into the "national security concerns" of various geoengineering schemes: that is, the threat of other countries carrying them out. And, in a telling indication of the level of public faith in such schemes, news about that study immediately created headlines such as "CIA wants to control the weather."

The problem of complexity. And people may be right to lack faith in such schemes. The outcomes of geoengineering projects – and their side-effects – may be not just alarming but impossible to predict.

Mathematicians understand that certain systems can be so complex that, even if we know all the laws that govern them and have information on all their data points, we would still be unable to predict their behaviour. And chaos-theory textbooks usually start with three systems that are notorious for being impossible to project: The weather, the oceans and the economy. Geoengineering schemes tend to combine all three.

We should have no qualms about trying to fix the weather. But we shouldn't pretend that this is going to keep the clouds at bay, or get us out of our responsibility to deal with the problem at its source.

In a divided Britain, you’re a royal baby or you’re royally shafted Subscriber content
May 11, 2018 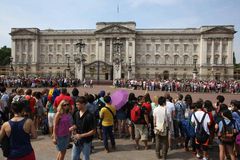 Opinion
Suddenly, all politics is municipal
May 11, 2018 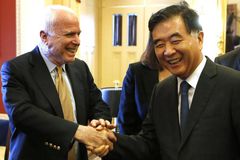