Verbal wit can serve as a safe outlet for repressed impulses, and if your aggression is likely to elicit retaliation, it's prudent that your slings and arrows be linguistic rather than physical. Cursing has proved to be a cathartic tool for oppressed minorities. This is borne out by the colourful curses found among chronically subjugated groups such as Roma (sometimes called Gypsies), African-Americans and, of course, Eastern European Jews.

The Jews who lived in Eastern Europe before the Second World War had no problems cursing creatively; they enjoyed the advantage of speaking Yiddish, a tongue seemingly fashioned exclusively for the prickly barb.

Yiddish curses should not be confused with the Hebraic curses of the Bible. Hebrew curses were deadly serious, whereas there is a humourous thrust to almost all Yiddish curses. Although most people associate curses with malevolence, Yiddish ones can be downright jocular. This is because the Yiddish curser usually does not believe in the power of her or his execration. Yiddish cursing developed into a choreographed activity where satisfaction was gained by ejaculating an imaginative imprecation. Many of the ditties were improvised and designed to exhibit the verbal nimbleness of the execrator. Yiddish curses lull you with their seeming innocence, then flatten you with the punch line. An example of this verbal feinting: "May you lose all your teeth except one – so you can have a toothache."

This is not to say that ill will was never directed toward others in Yiddish curses. Shtetl life in Eastern Europe was onerous and interactions did not take place in idyllically bucolic settings with fiddlers prancing on rooftops. In this environment, an acerbic wit and a good delivery could earn one much respect. A good example: "May you fall into the outhouse just as a regiment of Cossacks finishes a prune stew and 12 barrels of beer!" But in cursing your neighbour or your competitor at the market, you could pretend that the object of your scorn was the czar or some other oppressor.

Yiddish cursing was, by and large, the domain of women. Jewish women were not invited to club meetings, and because men devoted most of their time to religious study, women became the family providers. The only profession open to them was work at the market. To release anxiety in this hectic workplace, it was necessary to learn to "curse like a market-woman."

Henny Youngman jokes notwithstanding, a mother-in-law in Yiddish culture was not the bane of the husband but of the wife, who could be constantly besieged by her mother-in-law in the home or the market. Two examples of women's disdain for mothers-in-law: "May your mother-in-law treat you like her own daughter – and move in with you!" and "May your husband`s father marry three times so that you have not one but three mothers-in-law!"

One would never merely say "Drop dead!" in Yiddish. The simplest way of expressing this aspiration was "Into the earth with you!" Since a child could only be named after a deceased, you could kill with kindness by saying "May they name a baby after you!" One's death wish could be couched in blessings, as in "May you have a sweet death and have a wagonload of sugar run over you," "May God bless you with a son so smart he learns the mourner's prayer before his Bar Mitzvah speech," and "May you be spared the indignities of old age!"

Alas, Yiddish is not widely spoken any more, but the spirit of these curses lives on at the website www.yiddishcursesforrepublicanjews.com. Here's a sampling:

Howard Richler's book From Happy to Homosexual and Other Mysterious Semantic Shifts, will be published next spring. 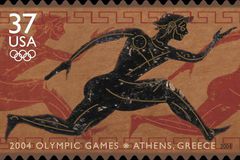 Opinion
For Father's Day, consider the lexical advantages to being male
June 17, 2011 Opinion
Why lovers are bird-brained
February 12, 2011