Reports and commentary on Canada's new foreign aid policy reveal the extent to which international development means different things to different people. Some see it as public charity, others as the way a country projects its values to the world. Still others, including International Co-operation Minister Julian Fantino, argue that it's "a part of Canadian foreign policy" and the fulfilment of "a duty and a responsibility to ensure that Canadian interests are promoted."

These are all valid perspectives – international development can be any one or all of these things combined. But, unfortunately, official development assistance, to which we have made international commitments, can't. This system, in effect since 1969, defines aid as official financial flows that are concessional in character and intended to promote the development and well-being of developing countries. Excluded are grants intended to advance donor countries' interests, including admirable objectives such as economic growth or security from terrorism. Grants to private for-profit companies are also excluded because, by law, they primarily serve commercial objectives.

Donor countries such as Canada can't walk and chew gum at the same time, despite skill or best intentions. Our government's new foreign aid focus on private-sector partnerships and self-interest – which, in Mr. Fantino's words, is for "Canadian values, Canadian business, the Canadian economy, benefits for Canada" – deserves reconsideration. It unwittingly represents a dramatic departure from the established global development system and brings Canada out of sync with the rest of the world.

The concern about official development assistance ineligibility isn't simply a matter of national pride or one academic's personal preoccupations. If we go forward with the new policy, Canada would be deepening its indifference to the many international agreements it supported that requires annual development assistance worth 0.7 per cent of its economy. Contrary to national legend, we aren't a generous nation, giving just under half the amount required. And we haven't been improving over time.

After a short period of gains in the early 2000s, our foreign aid contributions went down as a percentage of our economy in 2006 – the year today's Conservative Party first formed a government – and have levelled off since then. We now rank below France, Germany, Ireland, Spain and the United Kingdom, all of which suffered far worse in the recent global financial crisis. This gap is only going to expand after $319-million is cut from the Canadian International Development Agency's budget over the next three years.

In this respect, using foreign aid to advance Canadian interests and businesses is counterproductive. Not only does this shortchange developing countries, but it weakens Canada's brand, its influence over global politics, and the standing of its citizens who work and travel abroad. Diverting aid dollars openly flouts international norms, laws and standards on development assistance. This undermines the broader multilateral system we once so proudly helped build.

Whether multilateralism and foreign aid definitions are outdated in today's changing world is a good question worthy of debate. The role of international trade and the private sector in promoting development also require thoughtful discussion.

Mr. Fantino, for his part, should be applauded for starting a conversation, first by announcing a new foreign aid policy and then forcefully defending that policy in a wringing Globe and Mail op-ed, media interviews and an appearance before a House of Commons committee. But, at the same time, he must be called out for politicking with poverty and disguising trade as aid, thereby obfuscating the larger issues and unilaterally taking Canada into dangerous territory further away from our international obligations.

Perhaps 2013 will be the year our government satiates Canadians' hunger for an honest debate of these issues. For now, if 2012 is any indication, we may be heading in the wrong direction.

Steven J. Hoffman is an assistant professor at McMaster University and the McMaster Health Forum, a fellow at the University of Toronto and an instructor at the Harvard School of Public Health. 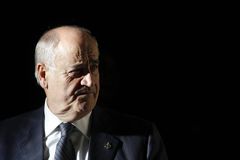