Canadians' confidence in politicians, already at a low ebb, has declined even further in recent weeks as a result of several well-publicized "ethical lapses" by prominent people of all political stripes.

In Nova Scotia, the governing New Democrats have been fined for election financing abuses and elected members from various parties have been implicated in an expense account scandal. In British Columbia, a third consecutive Liberal solicitor-general - the elected official responsible for law enforcement - has been obliged to resign from cabinet over alleged improprieties. And, of course, in Ottawa, there are the ongoing investigations into the activities of former Conservative MP Rahim Jaffer and former cabinet minister Helena Guergis.

How do we ensure ethical behaviour by people in positions of public trust and restore confidence in our political system?

In recent years, the tendency has been to address this challenge by adopting formal ethics codes, appointing ethics commissioners and passing legislation to more strictly regulate campaign financing, lobbying and post-government employment. While these efforts are well intended, it is surely even more important for constituency associations, nominating committees, political parties and voters to pay much more attention to the character and ethics of prospective officeholders before they are ever given public responsibilities in the first place.

The importance of having people of integrity in the right places at the right time can be illustrated by an example rooted in the early days of Alberta's oil boom.

When oil was discovered at Leduc, Alta., in 1947, there was a very real danger that the provincial government of the day and its political wing, the Alberta Social Credit League, might be corrupted by the sudden influx of "oil money" and the intense jockeying for drilling rights. This was precisely what had happened to governments and governing parties in several American states, such as Texas, when oil was first discovered there. Even at the national level, the administration of U.S. president Warren Harding had been seriously discredited by a scandal involving oil money and drilling rights (the so-called Teapot Dome affair).

Conscious of this danger, Alberta's premier (my father, Ernest Manning) sought to inoculate his administration by regularly communicating a short but pointed message to his elected members and senior officials: "Those of us who make and administer the laws must keep the laws, or we lose our moral authority to govern." Several officials of the attorney-general's department were specifically tasked with watching for any hint of deviation from this rule.

But enunciating ethical principles and establishing watchdog mechanisms are still no substitute for personal integrity on the part of those in key positions of authority and responsibility. As the oil prospectors, many of them from American oil-producing states, streamed into Edmonton, most had only two questions: Where is Leduc? And who do we pay?

Fortunately for Alberta, two individuals with integrity, one a civil servant and the other a political organizer, happened to be in the right place at the right time to give the right answers.

The civil servant was Hubert Somerville, an official in the Department of Mines and Minerals with responsibilities for petroleum at the time of the Leduc discovery. The political organizer was Orvis Kennedy, president of the Alberta Social Credit League, whose responsibilities included political fundraising.

Both, when asked "Who do we pay?" had the same answer. "If you ever offer me or any of my people a payment such as you are suggesting, I will guarantee you one thing: Neither you nor your company will ever get drilling rights in the province of Alberta."

Of course, this answer was quite acceptable to the oil men. They simply wanted to know the rules, and if one of the rules was no special payments to civil servants, politicians or political parties, so much the better - it lowered their costs of doing business.

As for Somerville and Kennedy, both men could have profited handsomely from an "arrangement" with their oil-patch suitors, but neither chose to do so. The ultimate cost to Alberta would have been in the millions, plus all the grief and turmoil that political corruption invariably brings in its wake.

Somerville, whose starting salary with the Alberta government was $700 a year, later rose to become deputy minister of the department and eventually retired with a modest public service pension. Kennedy, whose salary as a political organizer was even lower than Somerville's, eventually retired with no pension at all. So what was it that made them give the answer they did? In both cases, it was their personal character and integrity, derived in Somerville's case from his professionalism as a civil servant, and in Kennedy's case from his religious convictions, reinforced by their commitment to the first principle of the rule of law - that those who make and administer the laws must keep the laws.

Codes of ethics, ethics commissioners, regulations and accountability legislation may have their place in endeavouring to raise the ethical tone of governments and politicians. But if the aim is corruption-free politics and government, there is still no substitute for character, personal integrity and adherence to that first principle. 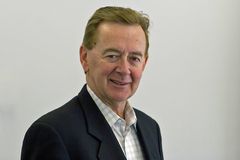 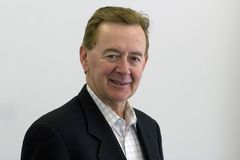