Two weeks ago, Thomas Eric Duncan travelled from Monrovia, via Brussels and Washington, to Dallas, where a week later, he was diagnosed with Ebola, setting off a massive wave of media coverage and a level of fear verging on the hysterical.

The reaction was indignant: Why, many ask, is anyone allowed to travel from an Ebola hot zone in Liberia to the U.S.?

Why, many people wonder aloud, do we not stop all travel out of the affected areas? Why not seal off the borders until the outbreak burns itself out rather than risk it spreading to other parts of the world?

The simple answer is that travel restrictions aren't going to make the world any safer from Ebola – no matter how counterintuitive that may seem.

Ebola is spread by direct contact with a sick person's bodily fluids – meaning saliva, feces, urine, blood, vomit or semen. When Mr. Duncan travelled, the virus was in his body, but he was not sick. The risk to other travellers was zero.

He was screened in two ways. Mr. Duncan filled in a form that said he had no contact with Ebola sufferers; he had, but may have believed it was malaria. He was also checked for fever – both before leaving West Africa and upon arriving in the U.S. and got the all-clear. Viruses have an incubation period, a lag time between infection and the onset of symptoms. With Ebola, that can range from two to 21 days.

The take-home message is you can't stop Ebola at airports, or ship terminals or border crossings. The simple (nay, simplistic) solution is to stop all movement in and out of the affected areas – Liberia, Sierra Leona, Guinea – for 21 days, or actually, 42 days, because you have to account for the incubation period. Heck, make it 90 days for good measure; that's actually what one U.S. lawmaker, Democratic Representative Alan Grayson is proposing.

Ebola may well die out, but thousands, likely tens of thousands, would die, because if you halt travel, you stop not only the movement of people but of food, fuel, medicines and outside aid such as health workers. You will place people who are at low risk now in grave danger.

For the past 600 years, quarantine has been used with varying degrees of success, and it has an unhappy history. It raises myriad political, ethical and socioeconomic issues.

Quarantine derives from the Italian word quaranta (forty); its origins date back to 1348, when Venice ruled that ships must lay anchor for 40 days to avoid spread of the plague. (Forty days was arbitrary; it was inspired by the biblical 40 days of travails of Jesus.) Draconian measures didn't stop the Black Plague, or smallpox, or tuberculosis or SARS or successive waves of pandemic influenza, and it won't stop Ebola. Quarantine has some public health benefits, but it has been used, throughout history, to repress and stigmatize minorities, and to quash political dissent.

What works most effectively for quelling outbreaks of disease like Ebola is not quarantining huge populations, but isolating those who are sick and those in direct contact with them and at risk of infection.

The key is to isolate with the goal of treating, not isolating as a punishment, à la Typhoid Mary. (Mary Mallon, a cook who was blamed for infecting 53 people, was quarantined on North Brother Island from 1907-10 and again from 1915-38.)

A good example of how quarantine should work comes from Uganda, where an Ebola outbreak started July 28. In total, 24 people contracted Ebola; 17 of them died. All those who had direct contact with the bodily fluids of the infected – family and health workers – were isolated for 42 days, and all their possessions were burned. They were cared for and all their belongings were replaced new. The Ugandan outbreak was stopped dead in its tracks.

The lesson there is that disease containment requires swift, decisive action. It means focusing on the sick and those at high-risk.

Casting a too wide net, such as invoking travel bans and treating everyone who has travelled to or lives in West Africa as a modern-day Typhoid Mary, does not make us safer.

On the contrary, it only provides an illusion of security, and an excuse for prejudice to come bubbling to the surface. 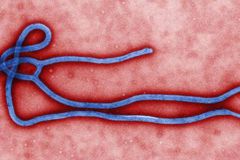 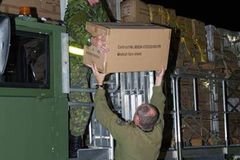