A heads-up to Canada's paddlers, anglers, cottagers and outdoor recreation enthusiasts: The rules that protect navigation on 99 per cent of Canada's lakes and rivers are changing dramatically. And you may not appreciate the deregulatory surprises that await you once the federal government passes Bill C-45, its second omnibus bill of 2012.

Buried within the bill's pages are drastic changes to the Navigable Waters Protection Act. The end result? Litigation will become the new regulation as private citizens find they have no choice but to turn to the courts to uphold their navigation rights.

According to the government, the changes proposed in Bill C-45 are intended to reduce "red tape" for beleaguered industries, farmers and municipalities. From docks and footbridges to small dams required for pipeline repairs, overregulation is deemed the scourge of project completion.

It is true that approvals under the current law do, in some instances, cause unnecessary delays for run-of-the-mill projects that affect navigation. But what is being proposed goes far beyond streamlining federal regulation, as clearly articulated in a recent bulletin from the prominent corporate law firm Blakes, which says "the amendments are consistent with other recent amendments to regulatory legislation in Canada, in that the federal government has been taking itself out of the approvals business."

The overhaul leaves just three oceans, 97 lakes and portions of 62 rivers subject to a diminished oversight and approval process from Transport Canada. Without any constitutional jurisdiction to regulate navigation, provinces and municipalities will be unable to fill the void.

Far from creating "new navigation legislation for the 21st century," as Transport Minister Denis Lebel suggested, the proposed amendments would build a time machine to send navigation law back to the 1800s. Before Canada existed as a country, the common law of navigation protected the rights of waterway users. The ancient rules of the common law, many of which predate even the venerable Navigable Waters Protection Act (1882), are now being held up by the government as a modern backstop to protect navigation rights. But while federal regulatory expenditures are trimmed, who will bear the costs of smaller government achieved through this "throwback" approach to common-law regulation?

Unless one enjoys navigation on a listed waterway (in Muskoka or the Thousand Islands, for example), most Canadians will have to invest their own time and money to ensure lakes and rivers are free from obstructions. The same cottagers who may soon able to build docks without an approval will be dismayed to find that their boating activities are fettered by new bridges, also built without approval. The municipality that installs a water intake pipe without filing pages of paperwork may be vexed when a new dam is installed without notice, reducing recreational boating opportunities and associated tourism revenue. To challenge infringements of navigation rights, cottagers and municipalities will have to bring lawsuits, likely in the form of public nuisance actions.

So the costs of regulation will be externalized onto unsuspecting taxpayers, and delays will be shifted in some cases from the front end to later stages of the development process. Instead of filling out forms, project proponents will hire lawyers to defend their projects in court, after money has been spent on plans and construction. Under the guise of efficiency and modernity, the government will shift the costs of protecting a public right onto private citizens.

To further complicate matters, common-law rules vary from province to province. The result will be a regressive approach to protecting navigation that generates substantial uncertainties for private citizens, industry and governments.

In recognition of the uncertainties this deregulation will create, the federal government has proposed an "opt-in" provision to allow a project proponent on an unlisted waterway to request Transport Canada's approval. But it seems that, for obvious financial and timing reasons, most will opt for the path of least resistance, wagering that the efficiency benefits will outweigh the risk of being sued. As a result, the opt-in flexibility is unlikely to measurably reduce conflict.

Indeed, cottagers and municipalities faced with development on nearby waterfront lots may soon wish that the federal government had been more balanced in its amendments. Paddlers may encounter lower water levels and anglers may regret the loss of fishing holes due to unannounced physical barriers affecting flow rates. To everyone's consternation, Transport Canada will remind us that it no longer tracks or approves the activities that obstruct 99 per cent of Canada's waterways. By going to deregulatory extremes, these amendments force Canadians to rely on the leaky, pricey lifeboat of common law to protect our right to navigate.

Will Amos is the director of the Ecojustice Environmental Law Clinic at the University of Ottawa. Ian Miron is an articling student with Ecojustice. 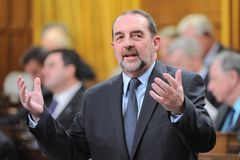 Niagara Escarpment cottage is a new take on back to nature
November 1, 2012 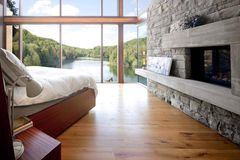 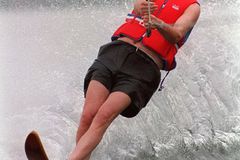