Two or three minutes after I saw the photo of Yunel Escobar's cheeks and read the news stories, I considered writing this. But I decided to wait until things returned to normal so people would read me with cooler heads.

It's important to say I've never met the Toronto Blue Jays shortstop and don't think I ever will.

Canadians may know Mr. Escobar is 29 years old. But he was born and lived in Cuba until he was 20. That makes him, in what concerns North American cultural values and norms of social behaviour, 9.

I'm a 72-year-old Cuban-Canadian author and I lived in Cuba until 10 years ago, so perhaps I can offer some insight into why Mr. Escobar wrote "tu ere maricon" on his eye-black stickers during a game last month and his perplexity at the ruckus he caused.

Cuban males from my generation learned from boyhood that being homosexual was the worst thing you could be, worse than being a mobster, an alcoholic, a drug addict or a wife abuser. Homosexuals were strongly discriminated against in the job market and at governmental, religious and judicial institutions.

But "maricón" was also used to label someone a coward, a fool, a despicable or deceitful person, a cheapskate – even if the detractor knew the guy was heterosexual. Besides, if you wanted to prompt a male friend or relative into doing something, from jumping off a cliff into a river to asking a girl out, you'd say: "Go ahead, do it, don't be maricón."

Under the Communists, things got worse for gays and lesbians. None were denied a job, but openly gay or lesbian individuals weren't appointed to positions of leadership anywhere, even if they were more qualified for the job. If a floor manager at a plant or an officer in the armed forces or a department head in a ministry were caught having intercourse with a person of the same sex, he or she was immediately demoted or fired. Party members were expelled.

Even in roles where gay men had traditionally made a living, like dancing, hairdressing and makeup, the party conducted purges. In 1967, the police rounded up thousands of gay men and sent them to re-education camps. Between 1980 and 1985 – what Cuban intellectuals call "the five grey years" – artists and writers who were gay and critical of communism were prohibited from travelling abroad, publishing books and exhibiting their paintings or sculptures (although some gay and lesbian intellectuals who supported the party line weren't sidelined).

Ten years ago, a person with substantial leverage – Mariela Castro Espín, daughter of the current supreme leader and niece of the previous supreme leader, and a heterosexual married woman and mother – started a vigorous campaign against discrimination of gays and lesbians, save for anti-Communists. Notwithstanding the political exclusion, she has been correctly praised for becoming the standard-bearer of a long overdue campaign about the rights of gays and lesbians. Kudos to her.

Although I am two generations apart from Mr. Escobar, I have a son who is five years older than him. My son grew up and became a man in Cuba; I knew his friends and I heard them talk of many things, so I have an idea about how young heterosexual Cubans of Mr. Escobar's age were raised and educated. I know that most are unprepared to live in democracies, to adapt to different cultures, to respect the human rights of others.

Multiculturalism, like many things, is a two-way street. Canada welcomes highly qualified people from very different countries and cultural backgrounds who are fleeing from war, poverty, repression or discrimination. Those immigrants should learn an official language and respect and adapt to Canadian values and customs.

But Canadians, and the media, should understand that immigrants need time to learn and adjust. The reaction to Mr. Escobar's deplorable mistake failed to take into consideration where he comes from and his ignorance, if you will, of how people would be offended. For that reason, the reaction turned excessive and unjust to a certain degree. He learned his lesson. But I'm not so sure he's the only one who has to learn something from this sad episode.

José Latour is a Cuban-Canadian novelist. 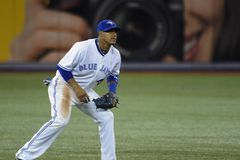 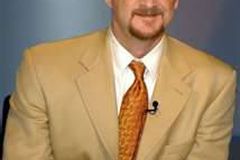