Kayley Reed and Kyle MacNevin didn’t know it when they first met working at a mental health organization two years ago, but they each had a secret, as well as a passion, that would soon develop into a thriving business.

Each was battling a mental health condition – Reed had an eating disorder and for MacNevin it was generalized anxiety and attention deficit hyperactivity disorder – which they disclosed over dinner at a downtown Fredericton, N.B. restaurant, while also chatting about their love of fashion.

“We suddenly realized there was nothing tangible to get people to open up and share their experiences with mental health issues,” said Reed. “Both being lovers of clothing, we thought, ‘What better way than with the clothing you wear every day?’” 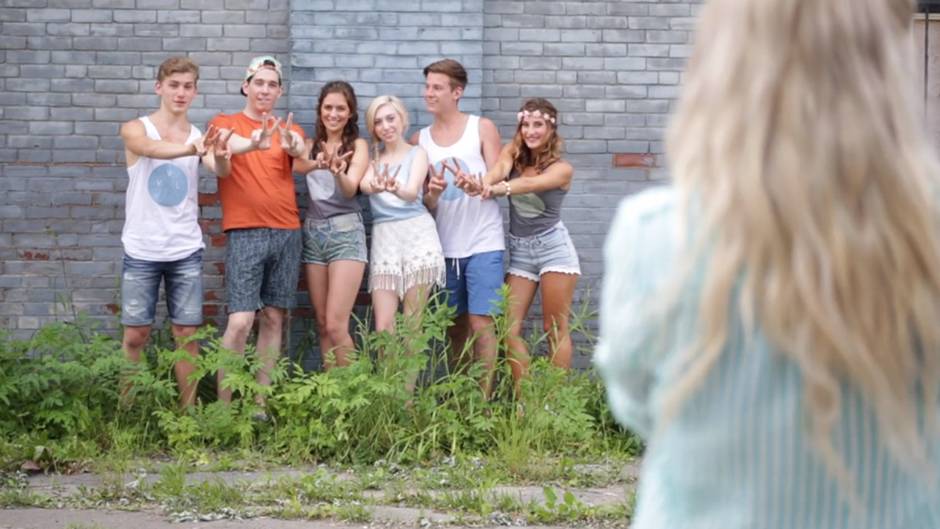 Instead of just printing up T-shirts to express their feelings, the duo wanted clothing that sparked a conversation about mental illness and raises money for others in the same boat.

Thanks to a summer program for budding entrepreneurs run by the University of New Brunswick (UNB), the pair honed the clothing-for-a-cause business idea and their skills at becoming social entrepreneurs. Social entrepreneurship is when a business not only works to make a profit, but also to further a social or environmental goal.

Reed and MacNevin launched Wear Your Label last summer and have been cranking out “cozy couture,” ever since. The clothing, which includes T-shirts, sweaters and leggings, includes positive messages around mental health such as “It’s OK not to be OK,” “Self care isn’t selfish,” and “Sad is rad.” The garment tags also include tips on how to take care of your mental health. 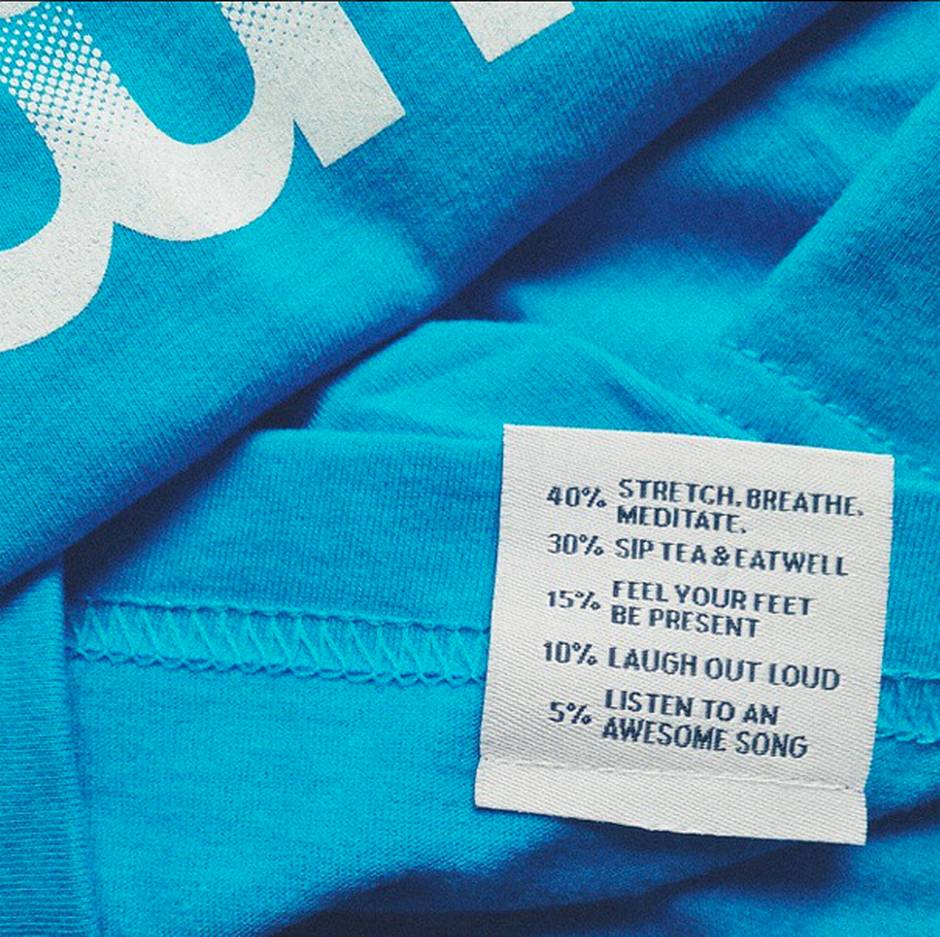 Wear Your Label is one example of an exploding number of social enterprises being formed largely by millennials shunning traditional full-time jobs and seeking careers with a wider good.

Business took off after the company was featured by a handful of major U.S. media outlets earlier this year such as People magazine, NBC’s The Today Show and MTV. The clothing line was also featured as part of the prominent New York Fashion week in mid-September.

Today, the company is figuring out how to grow from a boutique brand in New Brunswick to a major international online retailer, while maintaining its social purpose.

Wear Your Label donates 10 per cent of its profits to mental health organizations and has developed a number of partnerships. For example, it works with the Chicago-based non-profit Project 375, co-founded by New York Jets wide receiver Brandon Marshall, who was diagnosed with borderline personality disorder.

“Businesses have a unique opportunity to create change that maybe non-profits and governments aren’t able to do,” said Reed. “A lot of people think it’s a fad, but I think social entrepreneurship is a movement that is going to change the world. It’s not just about making money, it’s about creating an ecosystem for everyone to live better.” 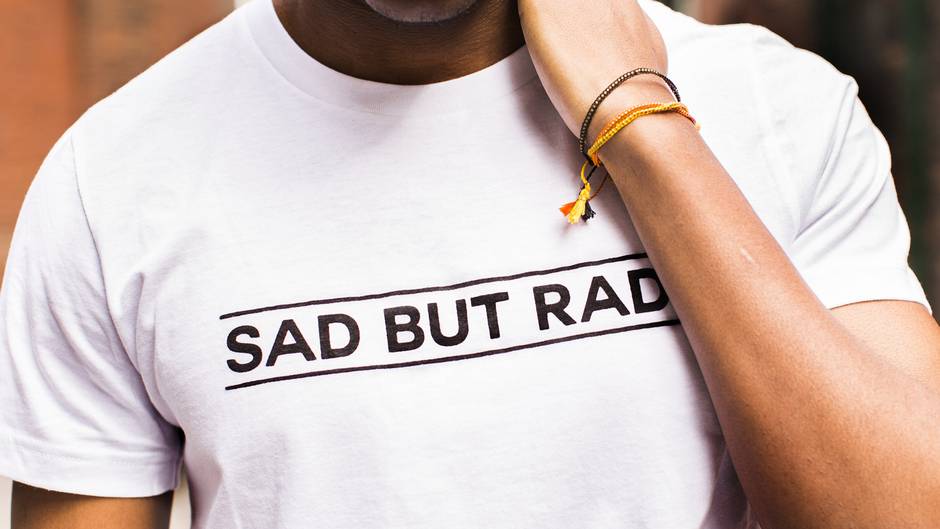 (Photo courtesy of Wear Your Label)

Deloitte’s fourth annual millennial survey, released earlier this year, shows two-thirds of millennials (those born in the 1980s to the early 2000s) believe too many businesses are focused on their own agendas rather than helping to improve society.

“Companies are feeling this pressure from consumers that want more than just a product."
Karina LeBlanc

"They want to know that the company they stand behind it is causing no harm and contributing to a larger mandate than just their shareholders." LeBlanc adds that millennials are driving the trend largely through their connections and influence online and in social media.

“They don’t want to build traditional companies,” said LeBlanc. “They want to build companies that have an impact. They don’t see it as a compromise between doing well financially and doing good socially. They really see the ability to do the two things at once.”

Another social entrepreneurship model is urban agriculture, including a rooftop aquaponic project being developed by Oasis Farmery in Saint John, N.B. 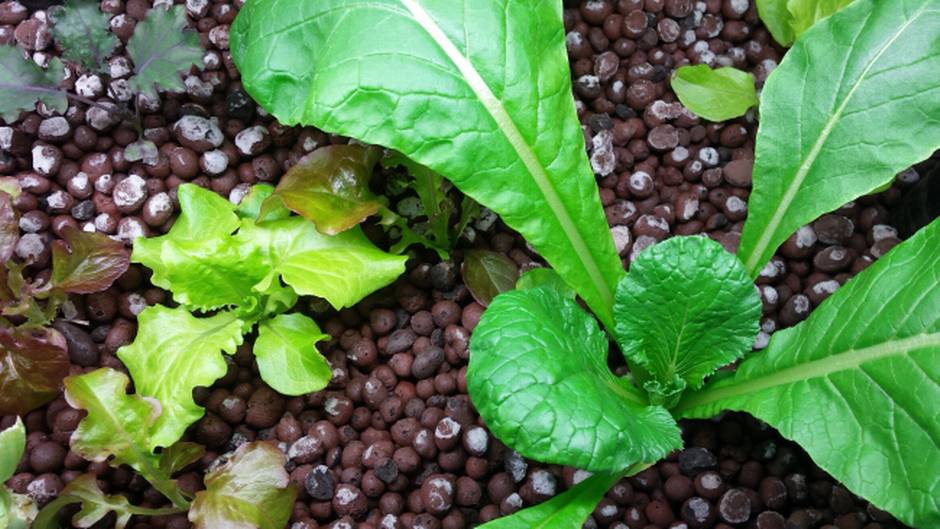 Co-founded by Jake Wildman-Sisk and Andrew Mathis, the project includes growing both fish and vegetables using less land and water than traditional farms. The goal is to reduce global food waste by focusing on local production, and is part of a rapidly expanding global sustainable agriculture trend. The project recently raised more than $12,500 on Kickstarter.

“We have to start rethinking the way we grow food, consume food, and our relationship with it."
Jake Wildman-Sisk 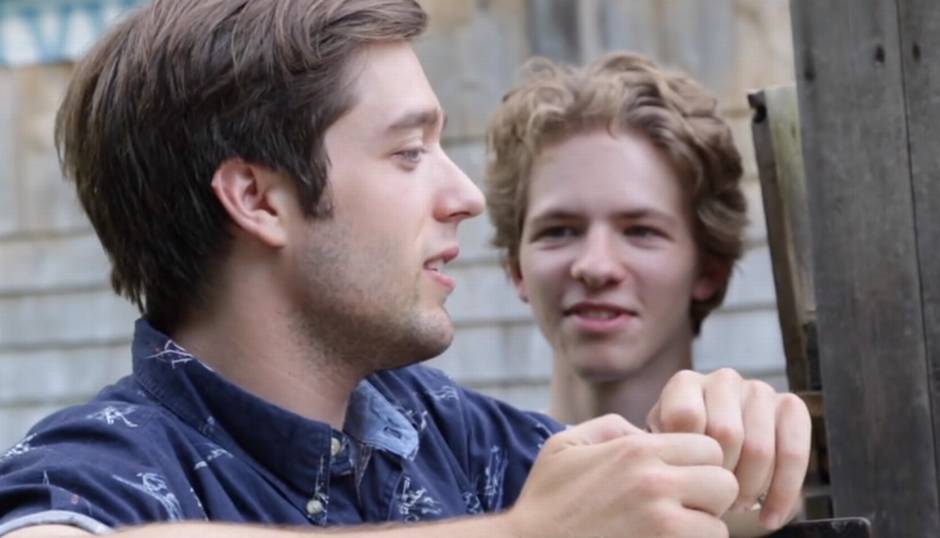 Wildman-Sisk said projects like his are also part of a major business shift, where companies work to solve problems not just for customers, but society as a whole.

This content was produced by The Globe and Mail's advertising department, in consultation with University of New Brunswick. The Globe's editorial department was not involved in its creation.