Not your average collections, these museums engage visitors with real-life action, gripping tales and good grub

In an innovative new museum program, historic Montgomery's Inn in west end Toronto is revitalizing local interest with Thirsty Thursday Tavern Evenings set in the 1847 bar room of the restored Inn. Enjoy your brew in an authentic stemmed glass (as innkeeper Thomas Montgomery would have served it) and a $5 bowl of Irish stew (as might have been cooked in the inn's historic kitchen) while tapping your toes to live music of fiddles, piano, even ukuleles, whatever is at hand—similar to a rollicking Irish Céilidh kitchen party. "Historically, the inn was a community hub," says Museum Coordinator Ken Purvis, especially for the Irish immigrants who lived and worked in the area and of course travellers stopping by. "It's a way of reaching new audiences and raising the profile of the museum," he adds. "We wanted to reach a younger demographic, and now, we're attracting people in their twenties and thirties."

As for 21st-century brew? "We try to serve ales of a type that would have been available at the time," Purvis says. "And we know that Thomas Montgomery bought English-style ales from Castlefrank Brewery, as well as Toronto Ale and Porter Brewing." For thirsty teetotalers or kids interested in history, apple cider is also on tap. Montgomery had an apple orchard on his farm and possibly made his own cider to serve alongside ales.

The innkeeper also concocted a drink called shrub, referred to as 'PM' in his records, a mixture of oil of peppermint, sugar and water—a simple syrup—mixed with whisky. "It tastes a bit like mouthwash," jokes Purvis, "but they would have definitely used Canadian rye whisky back then." Patrons seem to fancy it. Though it tastes half sweet and half medicinal, on the evening we visited, one diner was ordering doubles to complement her Irish stew. "I quite like it," she declared.

Before you sample the shrub, however, take a tour of this old inn and learn how 19-century travellers often bunked down with total strangers in the unheated upper bedroom. No wonder they needed a drink! Also part of the museum's community outreach is the Wednesday afternoon farmer's market (indoors until weather permits) where visitors can buy artisanal bread freshly baked in the museum's wood-fired outdoor oven, along with local honey, cheese, gourmet goodies and organic produce. Thirsty Thursdays are held on the last Thursday of the month (June 26, July 31, Aug 28).

North America's oldest oil wells are not in Texas, but in southern Ontario. The simple technology that John Henry Fairbank first used in the 1860s to pump petroleum from the ground near the aptly named town of Oil Springs, 40 km southeast of Sarnia, is little changed today. His descendants still work the oil field. Indeed, you can still smell the oil fields as you drive the eight-kilometre oil tour route through the Fairbank Oil Properties Ltd. that takes you past stylized sculptures depicting the old-time oil men at work. Although production is greatly reduced since the oil field's 19-century heyday, the wells are still pumping. And the jerker line, a system of connecting rods linking multiple wells so they can share one central engine, continues to jiggle and wiggle, although these days it is powered by electricity instead of steam. This is industrial history at its best: true historic artifacts lovingly maintained and still functioning.

Start your oil expedition at the Oil Museum of Canada, a National Historic Site, and learn how the first commercial oil business started here in Ontario in 1858. The men who worked these wells subsequently developed expertise that they took around the world. The museum is filled with artifacts brought back from their journeys to Egypt, Arabia, Russia and other foreign places.

The oil history isn't just found at the museum, however. In the nearby town of Petrolia, Van Tuyl & Fairbank Hardware still sells the same style of oil well fittings that it has carried since its founding in 1865. Take a stroll past Petrolia's stately Victorian homes to see a town that prospered during the nineteenth-century oil boom. Even the stained glass windows in the local church depict the oil wells. Like the wealthy oil barons of yesteryear, you too can enjoy a performance in the town's opera house. Once a grand venue for travelling theatrical events, today it houses Victoria Playhouse Petrolia with a summer lineup of such crowd-pleasing musical comedies as a return engagement of Fiddler on the Loose 2 (June 10 – 29) and Canada Sings featuring stirring renditions of Four Strong Winds or Anne Murray's famous "Snowbird" hit song (July 8 – 27).

The Kingston Penitentiary, the nineteenth-century maximum security prison built on Kingston's waterfront, may have closed, but that fascinating museum in the former warden's house continues its award-winning work interpreting the story of Canada's federal penitentiaries. Although tours are self-guided, there is often a staff person or volunteer on hand to answer questions and point out some of the more fascinating artifacts—like the stack of smuggled cafeteria trays that were glued together, then hollowed out to create a hiding place for would-be escapees. Shivs (pointed weapons) whittled from toothbrushes and other menacing tools crafted from seemingly innocent objects abound. But perhaps the most interesting display of the prisoners' industriousness is the building itself: a stately Italianate house of local Kingston limestone built entirely by the inmates of the penitentiary across the road. 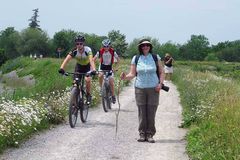 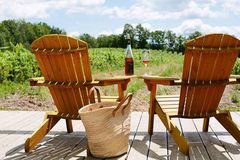