When you look to refresh your home décor you might buy new furniture, maybe add a rug, possibly update your kitchen or bathroom. But one thing we sometimes let slide: our blinds and curtains.

But while you've been fawning over your new countertops or focusing on your new couch, this subtle player of the interior décor scene has been stepping out.

Consider these three ways window treatments can make a difference in every room.

From polar grey to regal blue, window treatments are undergoing a colour makeover.

Jewel-toned curtains with custom iron work rods are jolting homes out of their decades-long minimalist slumber with crystals in the fabric and on the hardware, casting an emerald and ruby sheen across living spaces.

Even blinds have gone bold, with fashion-forward homes trending towards dark aubergine and regal blue. "It's like putting a necklace on a woman," Ms. McNamara says of putting this kind of effort and emphasis on your window treatments. "It's the final touch."

But even the more modest end of the palette has shifted, with a decade and more of off-white and ecru blinds migrating to a broad range of greys.

"Grey has become the new neutral," says Sue Rainville, director of marketing at Hunter Douglas Canada. Her own company's swatches ranging from the white-ish polar grey through morning fog and pearl to the metallic "modern grey," "raindrop" and "patina" all the way to a dove-ish "snowberry."

There have also been advances not just in how they look, but in the technology of window treatments, allowing them to be integrated into our increasingly centrally controlled home environments.

"We sell hubs, repeaters, and a totally integrated app that works all these products," says Ms. Rainville, sounding more like someone behind an Apple Genius Bar than a marketing director at North America's biggest manufacturer of blinds and curtains.

She's talking about PowerView, Hunter Douglas' latest innovation that may spell the end of those hanging chain loops you always pull the wrong side of.

With battery packs mounted on the blinds or discretely to one side, PowerView can work with its own set of remote controls and an app, or be integrated into one of nine home integration systems, including Nest, IFTTT, and Logitech.

"You can configure the app and the movement of the blinds however and whenever you like," Ms. Rainville says. If, for instance, you like to wake up gradually, you can have the blinds in your bedroom open slowly and follow the path of the rising sun, always keeping the full glare just above the bottom of the blind to prevent too sudden an introduction to the day.

You don't have to be at home to control your blinds this way, or even in the country. The system is also transferable, working with a whole range of blinds for when you're ready for an update.

Ms. McNamara thinks there's another benefit to this technological advance: Introducing a new generation to the civilizing effects of the well-considered window treatment. "They're not really into window coverings at the moment, but motorization is going to be huge for millennials," she says from St. Paul, Minn., where she was wrapping up the annual International Window Coverings Expo. "The fact that they can program it and push a button."

In a further advance, Ms. Rainville says that in May, Hunter Douglas will be also introducing a new line, called Silhouette Clearviews, aimed at reducing the reflection open blinds cast on windows, making for a clearer view out. 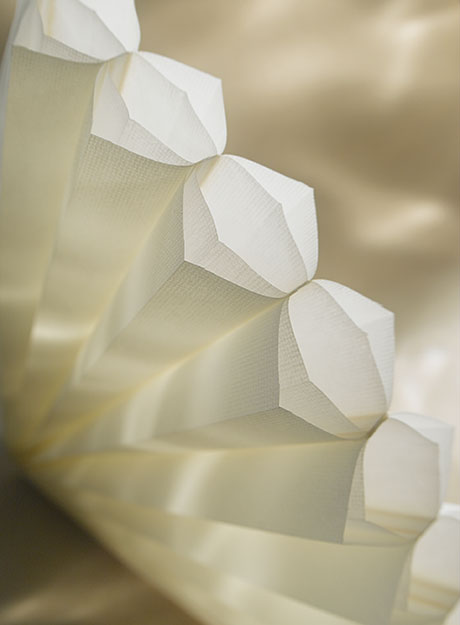 Insulation is something else blinds are doing better at these days. Fabric is now being structured into shapes that trap air and moderate temperatures. Hunter Douglas, for instance, has cellular shades called Duette Architella. Its honeycomb-within-a-honeycomb configuration provides a double layer of insulation with hexagonal tube-shaped horizontal blinds.

Ms. Rainville recommends these particularly for children's rooms, to guard against drafts, though pulling down blinds like these in a room with a fireplace on some blustery winter's night would certainly increase the hygge factor.