Those Roman and Byzantines knew a thing or two about doing a place up right. When presented with a big, blank floor or wall, they often turned to colourful tile. It makes all our white-tile bathrooms and white-tile floors and white-tile backsplashes seem a little plain by comparison.

But there are signs that décor trends are starting to catch up with the ancient world. And it's not the only design inspiration remaking our kitchens, bathrooms and interiors.

From graphic lines and 3D tiles to rose-coloured appliances, consider these five trends on the home décor horizon.

"We have graphic lines that are very popular for the tiles," says Stéphanie Bénard, marketing advisor for Ciot, a Montreal-based company that's been importing stone and porcelain to the Canadian market for more than 65 years and has showrooms in Toronto, Mississauga and Vaughan, Ont. She's talking about their laminated porcelain tiles that look like pencil-drawn lines intersecting unpredictably. The look, called Naïve Slimtech 5plus, sells for $20 a square foot.

It's one of the most basic of their trending offerings, but one that still offers a striking aesthetic when added to your living space. And in addition to being more novel than wallpaper, it's also far more customizable, allowing you or your decorator to decide where each square foot goes.

The lightweight concrete panel of Peau de Béton, above; The pencil-like lines of Naïve porcelain tiles, below. (Credit: CIOT)

3D isn't just for big-screen movies anymore, popping up as accent walls, especially in bathrooms. Tile-makers in Spain and Italy have been taking advantage of the ability of tile to create heft and depth. The result? 3D effects that manipulate light and shadow and that can give a room extra texture with their miniature topographies. The dark-grey Diamond Night Matt 80 tile, for example created by Italy's Atlas Concorde and available through Ciot, adds drama and texture through its kite-like shaped raised tiles. 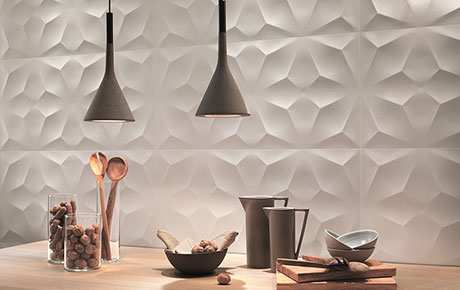 The height of tile work, however, has long been the mosaic, with plain-coloured pieces called tesserae acting like pixels to create whatever you want, abstract or figurative.

Igor Marziali, who heads up Studio Ciot and was educated in Friuli, Italy, says clients are looking for mosaics to enhance the utilitarian such as a kitchen backsplash or simply to add more artistry to their environment. "These mosaics are created for the pleasure of having an age-old art form that conveys history and culture and timeless beauty in a contemporary setting."

Though much of Mr. Marziani's work is strikingly modern — he's been called "the Jeff Koons of mosaics," and has had work displayed at the World Trade Center site in New York — his favourite style is known as opus vermiculatum. This ancient Hellenistic and Roman style traces the outline of figures in black to make the images more pronounced, a style adopted in many forms of modern animation.

Mr. Marziali's favourite example is the Battle of Issus in the National Museum of Naples, and he'd be as happy to pay homage to that in a living room or something else a client came up with. The work can cost anywhere from a few dollars a square foot to hundreds, depending on the complexity. 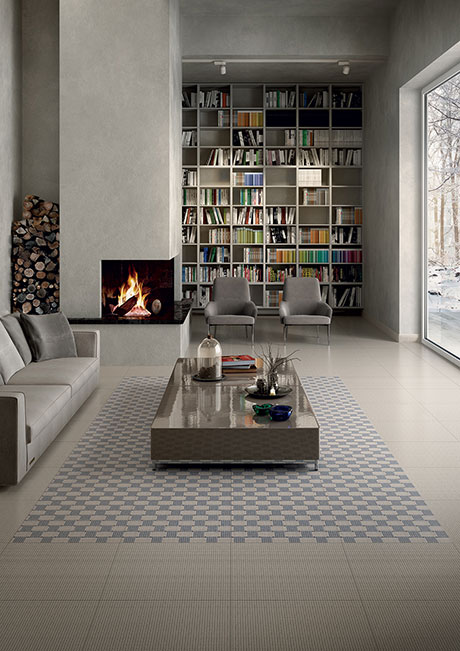 Before tiles, before marble, there was bronze. The ancients liked it for its durability, ductility, and the fact that it didn't rust. Modern appliance makers seem more taken with the fact that it doesn't smudge. At least, not the finishes Whirlpool is marketing in its new Bronze Sunset line. Looking a little like the rose gold popular in both Android and Apple phones, the line marks a striking departure from generations of white and stainless steel.

Smudging actually seems to be a big concern in the appliance industry at the moment. Though Whirlpool is the only one combating it with bronze, GE, Samsung, LG and KitchenAid have all come out with similarly smudge-resistant versions of what the industry is calling "black stainless." GE was first, with its Slate series, but Dacor may have the last word. Its Modernist line not only boasts the cool, dark exteriors, but its fridges incorporate another new appliance trend: WiFi, with dual cameras that let you check out the contents of the fridge from your phone in the grocery aisle.

Both Bluetooth and WiFi are slowly finding their way into the appliance world, allowing customers to preheat ovens on their way home, and have the laundry timed for when they wake up in the mornings. Though still a novelty at the moment, it clearly won't be long before they're as standard as digital displays, and we'll wonder how primitive humanity of the early 21st century ever managed without it.

The solid look offered by tiles of various sorts can be extended to countertops, of course. But Ms. Bénard, Ciot's marketing advisor, says that the trend is now moving away from granite towards marble, with the most popular sorts coming from Italy, Brazil and across Asia.

Depending on the provenance of the stone and its veining, Ms. Bénard says the prices vary from $55 to over $250 a square foot. There's also the lookalike marble such as MaxFine, a porcelain stoneware made in Italy that retains marble's polished gloss.

For those who don't want to leave their granite too far behind, quartz from manufacturers such as Caesarstone is also on the rise in some quarters. With its solid look and increased resistance to staining, quartz is a practical upgrade from granite. And like the ancient surviving mosaics, quartz will keep for centuries, millennia, even, in case you're looking to leave a little something behind, like those Romans and Byzantines. 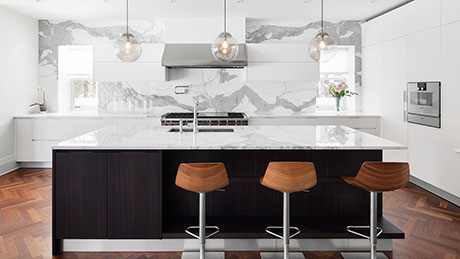