Could today’s cutting-edge artificial intelligence have helped prevent the financial meltdown of 2008? The jury is out on that, but looking forward, AI is set to reshape the financial world to make smarter decisions that will benefit both institutions and customers.

Finance is an industry that has to stay on top of massive amounts of data 24/7, and that has institutions looking for AI solutions to help make sense of all that information. 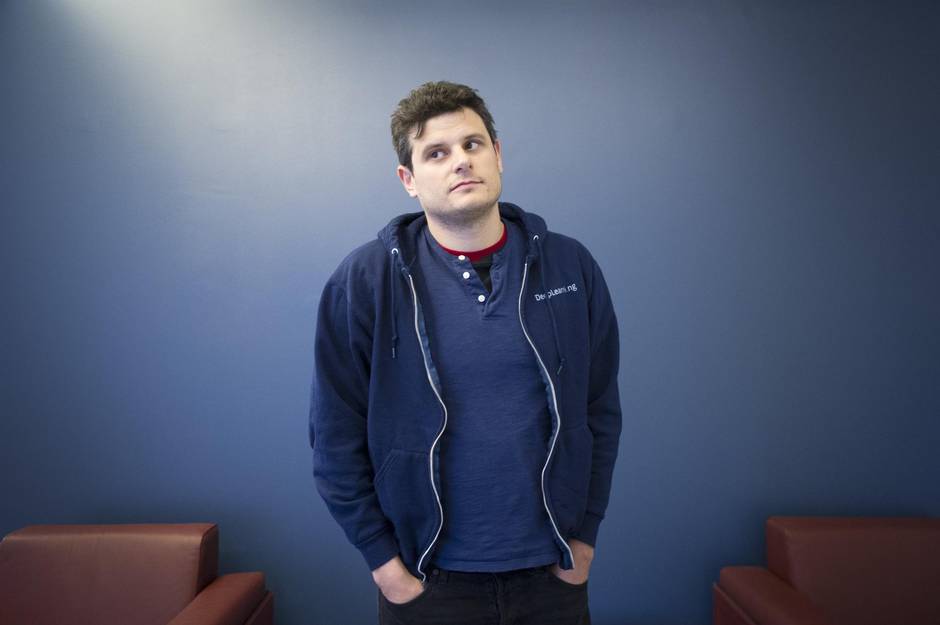 Stephen Piron is the CEO of DeepLearni.ng in Toronto. (KEVIN VAN PAASSEN FOR THE GLOBE AND MAIL)

Toronto-based DeepLearni.ng is one of the companies helping to make that happen. It’s developed a neural network − a type of computer system modelled on the brain − that’s built to solve problems in finance.

It’s a tool that can be used to price derivatives more accurately, give banks a better sense of which customers are creditworthy, monitor macroeconomic factors that will affect consumer credit, and track money to make sure money-laundering regulations are followed, says Stephen Piron, the CEO of DeepLearni.ng.

“It makes sense that machine learning, or specifically deep learning, would be a useful tool to solve some problems in finance and that’s probably just because there’s lots of data,” Piron says.

While there are a lot of terms to describe what these systems do − neural networks, deep learning, cognitive computing − they’re similar at the most basic level.

“The components are simple and if you stack up many, many of them and train them in a clever way, then from these very simple parts you can get an extremely powerful tool that adapts and learns,” Piron says. “The beauty of this thing is that you can feed it far more information than any human being ever.”

Among DeepLearni.ng’s clients are Scotiabank, and Piron says it’s adding more banks to the list. 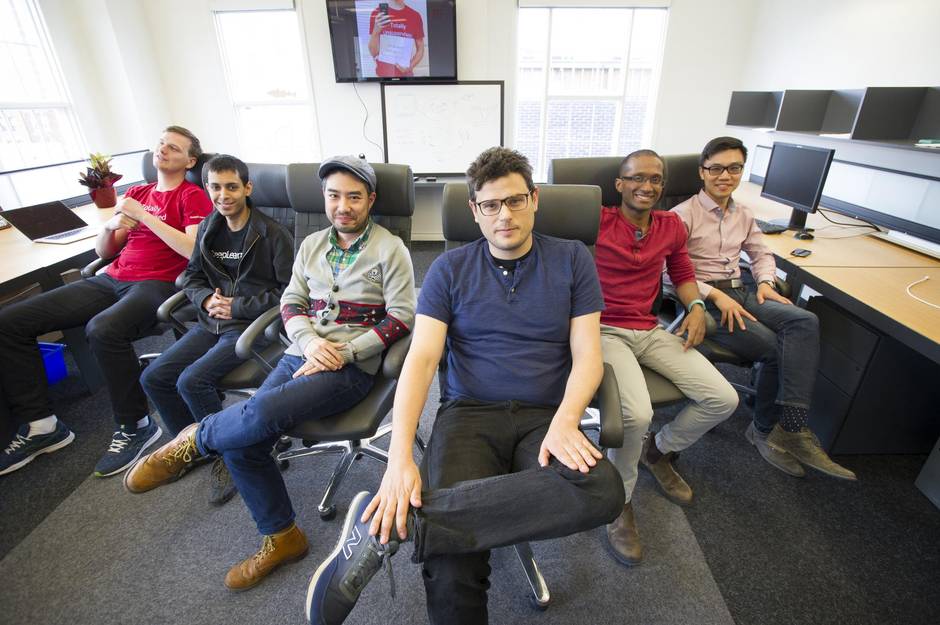 “We have witnessed a rapid expansion of AI in the finance industry in recent years,” says Nikola Gradojevic, a finance professor at the University of Guelph. Its primary uses are high-frequency trading (the use of computer algorithms and software to rapidly trade securities) and price forecasting (analyzing data to try and predict how the price of a stock or commodity will change), Prof. Gradojevic says.

Its use is expanding because of improvements in technology, deregulation of markets and increased competition. While AI systems are making the work of finance professionals easier by helping them process large amounts of data and giving them more accurate price information, they are also helping them do things that weren’t possible before, he says.

There’s also the potential for AI to predict market crashes, Prof. Gradojevic says. But he warns that its predictive ability is limited by the information it has.

He says the 2008 crisis was relatively difficult to predict, “due to its long build-up and political decisions that postponed it. For instance, rating agencies refused to recognize the reality for too long; the reality was that the mortgage-backed securities that were traded were toxic and more risky than their ratings showed.”

AI isn’t just being used on the trading floor. There are also applications for commercial financial companies.

A company called Domus Semo Sancus (DSS) has built a cognitive system called SafetyNet that uses AI to gather all the information that’s available online about a potential customer. This includes everything from terror watch lists and court records to newspaper articles and social media posts. 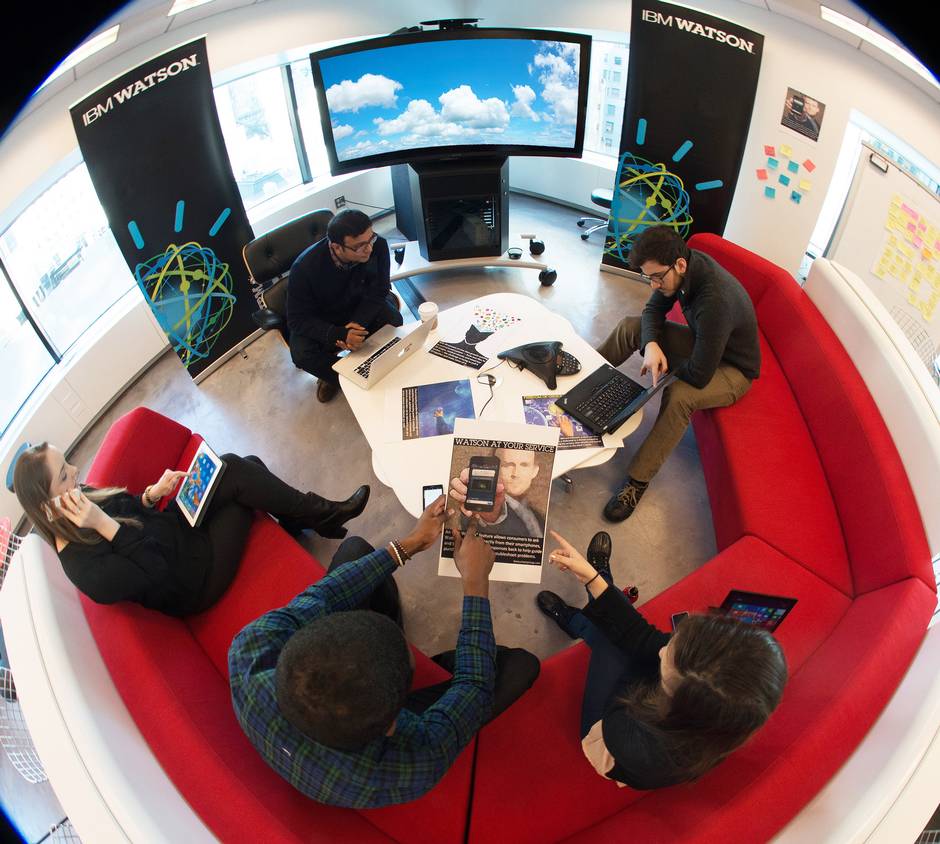 IBM employees at the company's offices in New York City discuss next-generation Watson cloud apps that will be developed by the IBM Watson Group. (COURTESY IBM)

By sorting through all that information, it’s able to create a risk profile on the customer − even if they have no financial history − and ensure that banks aren’t doing business with money launderers or terrorist financers.

Underneath the hood of SafetyNet is Watson, IBM’s augmented intelligence system. SafetyNet can not only sort massive amounts of unstructured data, but also gauge sentiment – for example by detecting the tone of a newspaper article or a social media post.

“With this increasing complexity that we have, because of more regulatory demands, more terrorist threats, more cybercrime threats, new technologies, it’s more and more challenging for the human mind,” says Anu Ratan, senior global anti-money laundering policy and advisory manager for DSS, which is based in New York and Turks and Caicos.

For E. Jay Saunders, DSS’s chairman and CEO, an important application of SafetyNet is bringing people into the financial system who don’t have access, which is particularity difficult for those with little financial history or whose background may not be well-established, like a refugee.

“How do they get a credit card if there’s no information on them?” he says. “This tool gives them a way to be vetted without them having to have financial records or banking information that someone can rely on.”

Even services like PayPal and online remittance providers require users to have a bank account or a credit card, he adds. “It’s going to be very difficult, particularly as the world accelerates to a cashless place, for the people who are not in the system to get into the system.”

“It understands intention,” she says. If someone is calling because they’re having trouble with an online login, the system can tell that their real intention is to reset their password, she says. It can also tell if the customer is frustrated. “It understands the emotional tone,” she says.

That can also help support live agents, giving them more information on their customers and how they’re feeling, as well as easy access to the right information without having to transfer a caller to someone else or keep them on hold, she says.

While it’s still early days, DeepLearning’s Piron says he sees a lot of implications for AI in the finance sector.

“The interesting thing about financial markets is that they’re all connected. So the oil price goes down, oil companies lay people off, people can’t pay their credit cards in Alberta, maybe the share prices of the bank that has lent a lot of money to Albertans goes down, then people in Toronto who work at the bank lose their jobs,” Piron says. “I think the whole promise of using artificial intelligence in a bank is to understand this by understanding all the individual components.”