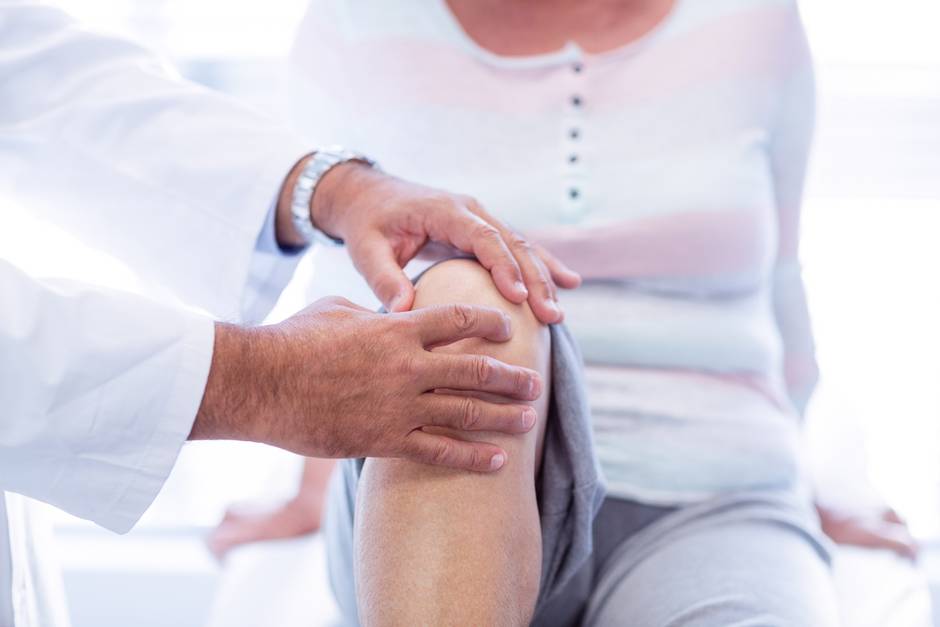 But as end-stage osteoarthritis affected her knee, like thousands of Canadians living with the chronic condition, Barbara contemplated both knee and hip replacements.

“I was in a lot of pain, and my muscles weren’t working very well,” she says. When her doctor suggested she take part in the first Canadian trial to determine if human stem cells could be used to treat end-stage knee osteoarthritis, she jumped at the chance.

“Your knees are like your feet. Once you lose them, your whole body starts to decline. So it was a no-brainer for me to participate,” says Barbara, who became one of 12 subjects in the trial carried out by the Krembil Research Institute at Toronto Western Hospital, University Health Network (UHN).

“We got a lot of interest in the trial,” says Dr. Sowmya Viswanathan, trial co-investigator and affiliate scientist at Krembil, and Assistant Professor at the University of Toronto. “With this trial, our goals are to show that the procedure is feasible, safe, can be done in Canada and that we get results.”

The centrepieces of the trial, which began in early 2015, are human mesenchymal stromal cells (MSCs), which contain stem cells that can manufacture cartilage, bone and fat cells. The allure of stem cells is that unlike every other body cell, stem cells renew themselves. MSCs are found in bone marrow, fat, muscle and blood. Once they are removed from a body, they divide and can then be grown in a laboratory, with the intent to decrease inflammation, as well as regenerate or repair damaged tissue.

Osteoarthritis is a prime candidate for just such an approach. While there are various treatments for osteoarthritis (anti-inflammatory pills, cortisone shots, surgery), there isn’t a cure. One of the most common diseases, osteoarthritis affects almost 5 million Canadians and occurs primarily in the knees, hips, hand and spine joints. Caused by the body’s failed attempt to repair damaged joint tissues – due to abnormal stresses such as extra weight, injury or aging – osteoarthritis leads to the breakdown of cartilage, the cushioning between the joints. 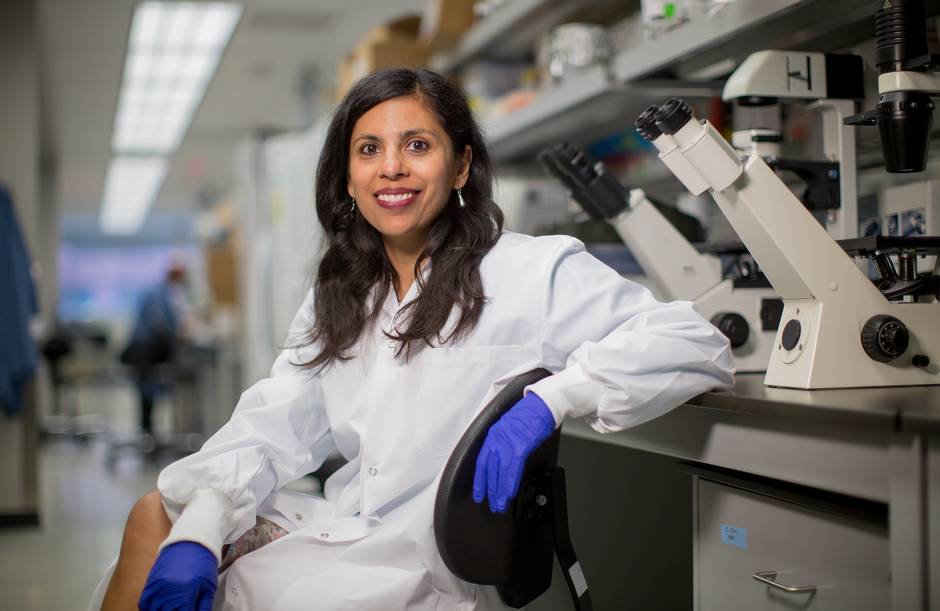 “Like the tread on a tire, the cartilage wears out over time,” says Dr. Jas Chahal, trial co-investigator and an orthopaedic surgeon at UHN’s Arthritis Program at Toronto Western Hospital.

Drs. Viswanathan and Chahal began the study with seven men and five women, aged 45 to 65 years, all with knee osteoarthritis. “Our hope is to produce symptom relief, but must also demonstrate that stem cell therapy is safe,” Dr. Chahal says.

Dr. Viswanathan explains: “Any time you take cells out of the body and put them back in, there’s always the chance they may not grow the way you want them to.” But the trial, which received approval from Health Canada, has produced sound results. Worldwide, more than 5,000 people have safely received MSCs, she adds.

Each participant had two tablespoons of fluid removed from bone marrow in their hip via a needle. “They froze the area and used what kind of looked like a turkey baster to remove the cells,” Barbara says with a laugh. “It wasn’t painful.”

Each person’s cells were cultured in the lab over six weeks, followed by a single injection of MSCs into their troublesome knee. Four participants received one million MSCs, four others got 10 million cells and four more got 50 million cells, says Dr. Viswanathan. Barbara was able to watch as one million MSCs were injected into her knee. “They used an ultrasound machine to see where to go,” she says. While the 15-minute procedure was more uncomfortable than having her MSCs removed, she wasn’t incapacitated. “I drove home afterward.”

Each group of four has been observed and questioned about their pain levels over one year. X-rays and MRIs are done to check for cartilage changes, and each patient is also being monitored for five years, Dr. Viswanathan says. No definite conclusions can be reached until a full statistical analysis can be done.

“I’ve never gardened so hard in my life. I have more get-up-and-go, and don’t have that bothersome stiffness in my knee. I can walk the neighbourhood now. I never did before,” Barbara says. “I’m not saying my knee is perfect. It’s probably 50 per cent better.”

Dr. Jeff Biernaskie, a University of Calgary professor of stem cell biology, says the Krembil Research Institute’s trial is a step in the right direction, when it comes to stem cell treatment. “This is a model of how you should be doing these trials,” says Dr. Biernaskie. “You know exactly what’s going into the subjects.”

Yet, his concern is that the benefits of MSCs remain unproven, and when they appear to work, it could be transitory. “There may be only short-term benefits, for six months or a year,” he says.

What’s more troubling are private clinics that tout expensive cures for various ailments. At the University of Calgary’s “Stem Cell Talks,” Dr. Biernaskie spoke with a middle-aged woman who wanted to know if she should spend $40,000 on stem cell treatment for her spina bifida. “There is no evidence that any stem cell therapy can provide [relief from] spina bifida,” he says.

Appreciating the rigorous control employed in the Krembil Research Institute’s study, Dr. Biernaskie hopes that if the trial demonstrates MSCs can be used safely, a follow-up double-blind study to examine efficacy would be warranted.

Drs. Viswanathan and Chahal are already questioning why some people respond well and others don’t. One possibility is that as people age their cell quality diminishes, so a 65-year-old’s cells are not as robust as a 20-year-old’s, says Dr. Viswanathan, who is now planning a followup trial that would be a world first.

The MSC trial can complement the growing fields of personalized medicine and biologics (products isolated from natural sources such as humans or animals, produced with biotechnology, to become medicines). “This current trial is opening the door to precision medicine,” says Dr. Chahal. “It’s very exciting, and it allows us at UHN to create an infrastructure for world-class clinical trials related to stem cell therapy for arthritis. The next step is to become a world leader.”

For Barbara, the trial has improved her world, allowing her to occasionally don high heels and smile a lot more because she’s in less pain. “Sometimes I even forget about my knee.”