If you were Bill Gates would you fly coach? The world's richest person, along with Facebook co-founder Dustin Moskovitz and duty-free magnate Chuck Feeney, are just a few of the ridiculously wealthy executives who have been spotted on commercial airlines — and in economy class, no less.

That said, there's a good chance these billionaires have splurged on some of the paid privileges listed below, all of which can make a trip that much more enjoyable, productive and, in some cases, more economical.

It can be hard to justify the cost difference between economy and business class seating, with the roomier, plusher option typically costing about twice as much. (First class, meanwhile, costs at least twice as much again.) But when business class sits empty, it's often possible to pay cash for an upgrade — if you can't finagle one for free, of course. These bump-ups cost as little as $25 on short domestic flights, and can be sought at check-in or at the gate. (Some airlines let passengers pay for these online or by phone as little as 24 hours before a flight.) Another option, available when you book tickets with carriers like JetBlue, Delta and United, is to pay a few bucks for a few extra inches of legroom at the front of the economy cabin or in exit rows. And if money's no object, well, there's always Emirates' first-class cabins, where Bulgari amenity kits meet skin-hydrating loungewear.

Lounge at the airport

Airport and airline lounge amenities can include free snacks and refreshments, plush seats, TV, free Wi-Fi, business centres, and in some cases showers, beds and even spas. Indeed, some lounges are the stuff of business-travel lore, like Lufthansa's First Class Lounge in Frankfurt Airport, where the bar serves 80 different whiskey labels and departing passengers are chauffeured by Mercedes or Porsche limousines to their aircraft. Then there's the Cathay Pacific lounge in Taiwan Taoyuan International Airport, which is renowned for its delectable tapas.

If you can't get into a lounge for free — with a business or first-class ticket, the requisite frequent-flyer status, or a friend who has access — an entrance fee in the $30-$60 range may be the best money you ever spent, especially if you're stuck on the ground for longer than usual. If shelling out for access becomes a regular occurrence, consider acquiring a credit card that grants it (more on this below), or joining a program like Priority Pass, which covers more than 1000 lounges in hundreds of cities for an annual membership fee that starts at about $120. 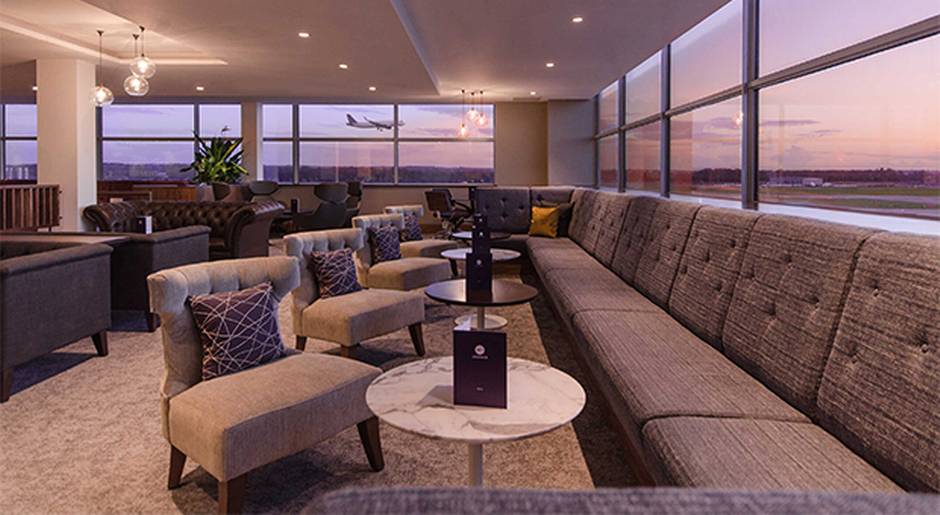 Certain credit cards cover most of the perks on this list for the price of an annual fee. Some cards can provide free access to lounges covered by Priority Pass, and reimburse fees for checked luggage — potentially hundreds of dollars these days — while delivering discounts on a range of travel services. If you want plastic that racks up travel rewards, Air Miles and Aeroplan, Canada's largest travel players, have partnered with card issuers such as CIBC and TD Bank.

Breeze across the border

Time is money, after all, and nothing wastes an international business traveller's time quite as frustratingly as delays at customs and immigration. To avoid these snafus while travelling between Canada and the U.S., consider NEXUS, a program designed to let pre-approved, low-risk travellers cross the border quickly. For a one-time application fee of $50, NEXUS cardholders receive expedited border screenings — although they are still subject to standard immigration and customs checks — and can use a designated NEXUS lane at dozens of land border crossings. In U.S. airports, meanwhile, cardholders can use Global Entry kiosks for speedier-than-usual clearance.

Whether for business or pleasure en route to your next meeting, free or low-cost stopovers can often be worked into trips with very little hassle. Dubai presents an alluring example: If you're flying Emirates Airlines between the U.S. and Asia (among other routes), you will likely pass through the UAE's largest city and business hub. But Emirates won't rush you out — indeed, the airline offers stopover packages, starting at $45 (U.S.) a night for a two-night stay, that include accommodations in dozens of hotels with buffet breakfasts thrown in.

This content was produced by The Globe and Mail's advertising department. The Globe's editorial department was not involved in its creation.