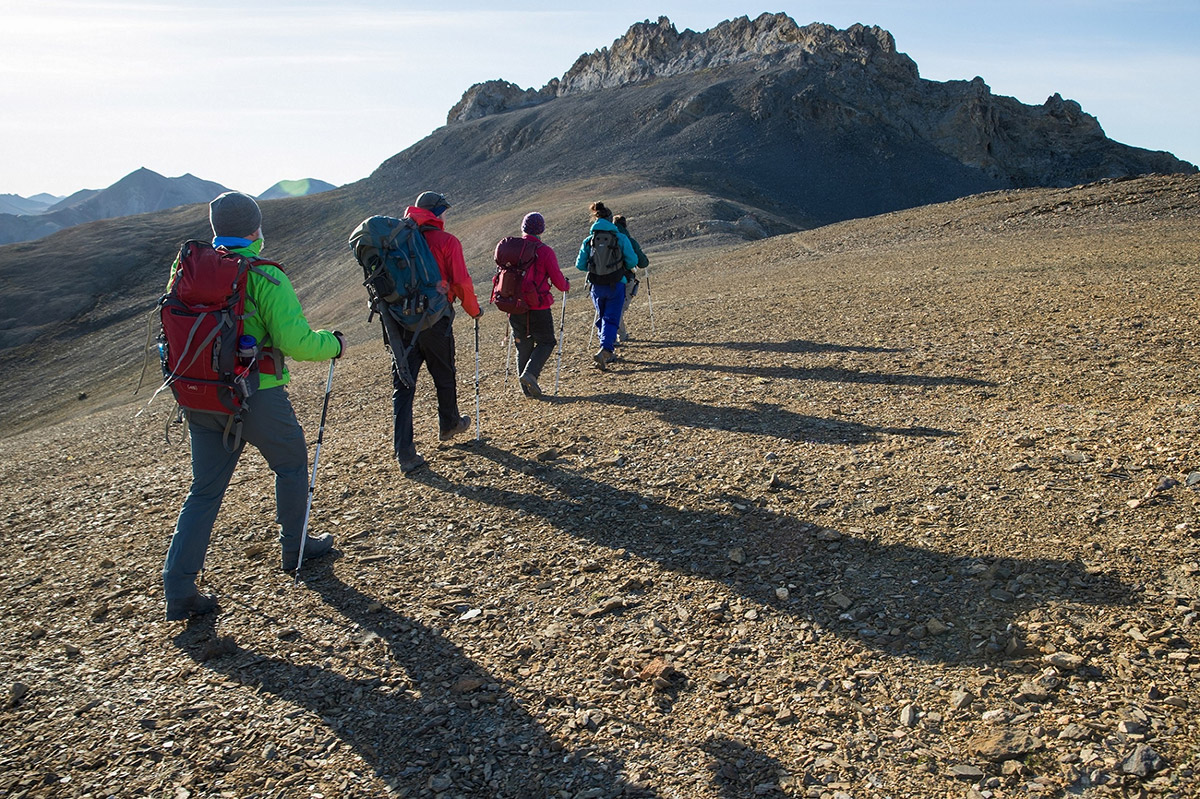 Many women come to the North for transformational experiences surrounded by nature. (supplied)

Recalling her first visit, in the summer of 2016, to Ivvavik National Park, Mady MacDonald remembers specifically the excitement of the plane ride from the town of Inuvik in the Northwest Territories – where she is based for her role as a visitor experience product development officer with Parks Canada – to the remote Base Camp.

“The flight over the Mackenzie Delta blew me away with its endless gleaming, intertwined channels that eventually give way to the British Mountains and the thousands of caribou trails that line the slopes,” she enthuses, referring to the one-and-a-half-hour trip on a Twin Otter. “I marvelled at the soft landing of the plane on the [airstrip] of uneven rocks and tundra.”

MacDonald’s memorable five-day visit was part of the 2016 launch of Parks Canada’s summer service – Ivvavik Fly-in Base Camp: A Northern Iconic Experience – in this Canadian wilderness region where some 100 visitors come each year.

For outdoor enthusiasts eager for an Arctic experience, getting to the fly-in-only camp, aka Sheep Creek Base Camp, is an adventure by itself. And once they’re on the ground, there’s much more to marvel at.

“I saw Dall’s sheep grazing on steep slopes, golden eagles spiralling overhead, a grizzly mama with her cubs on the other side of the creek from me,” says MacDonald, who works for Parks Canada’s Western Arctic Field Unit. “I spent my downtime on the viewing deck at base camp watching caribou as they picked their way across the mountainsides.” 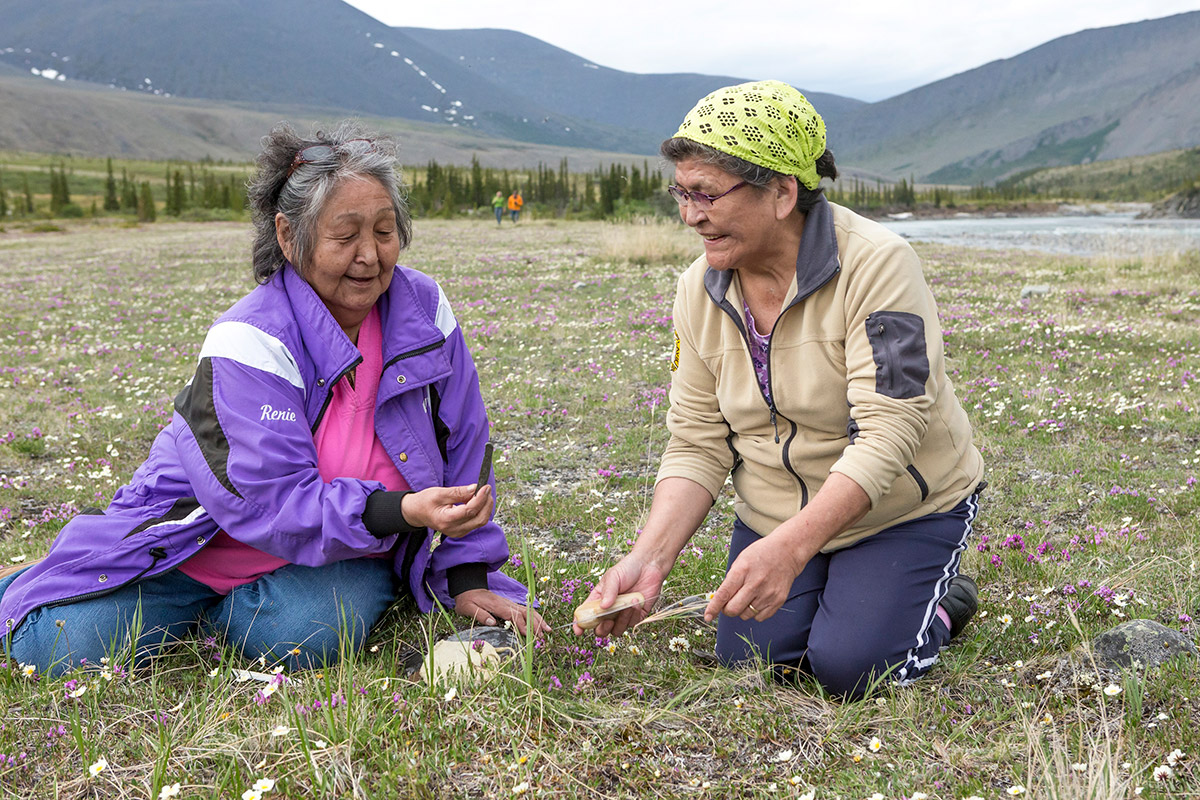 Indigenous traditions and knowledge enrich the understanding of what makes places like Nahanni unique.

MacDonald’s enthusiasm for the current animal residents in the area extends to those that inhabited it in the distant past. “This Beringian landscape remained ice-free during the last glacial period due to the dry climate,” she says, describing the land mass extending from Russia’s Siberian Kolyma River and Kamchatka Peninsula, through Alaska and Yukon, to the Mackenzie River in the Northwest Territories. “Scimitar cats, steppe bison, camels and woolly mammoths once roamed here.”

Hiking is the main daytime – as well as nighttime – activity here in summer, thanks to the 24-hour sunlight. There are no marked trails, but experienced local guides are well acquainted with the lay of the land. The length of the hikes depends simply on how often you stop to take photos.

And photo ops are never-ending, MacDonald points out, which makes hiking an exhilarating activity. There are a lot of jaw-dropping scenarios to take in – the roaring rapids on the Firth River; the ancient tent rings of the Thule, the ancestors of the modern-day Inuit; craggy ochre and purple tors (large free-standing rock outcrops); sweeping views across the vast tundra; windswept mountainous ridgelines; plateaus of burnt orange along the mountaintops; rocks moulded by massive tectonic forces. And, of course, there’s the stunning midnight sun. 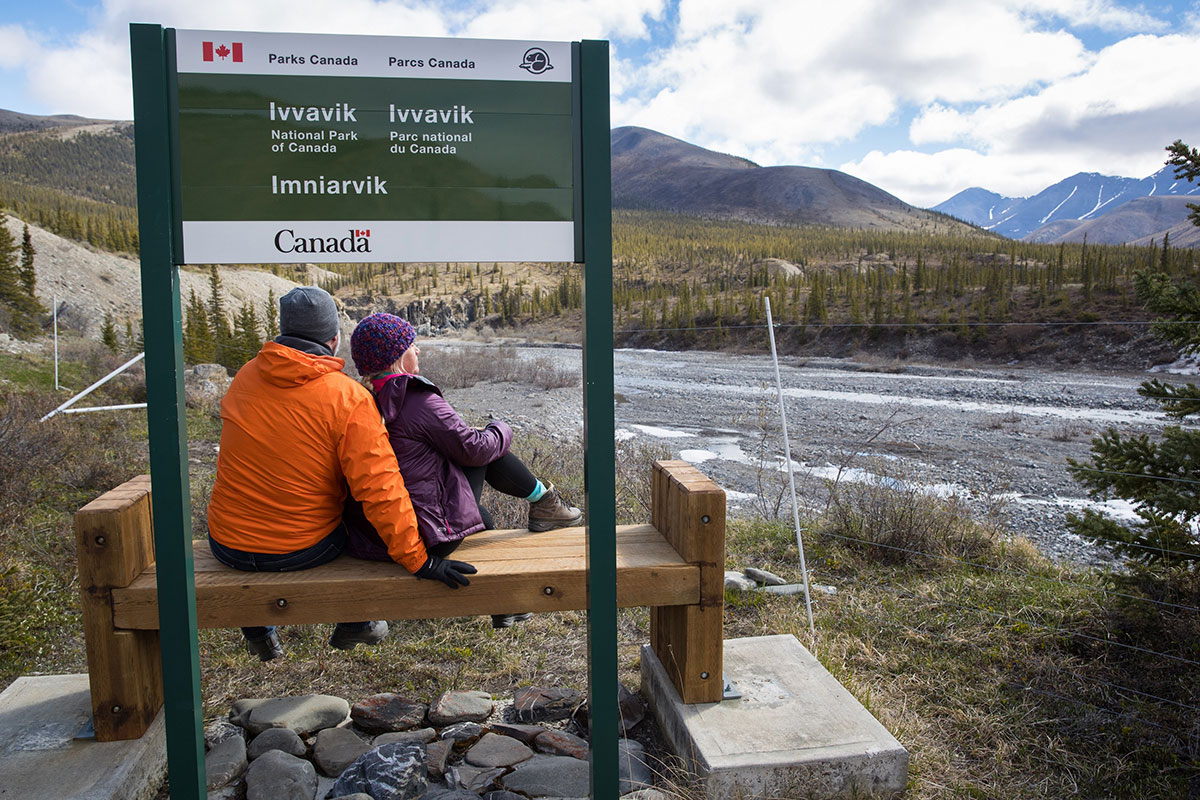 In 1984, Ivvavik became Canada's first national park to be formed through an Indigenous land claim agreement.

It was that midnight sun that resonated with Guy Theriault, who has made two trips to Sheep Creek Base Camp as part of his job at Parks Canada’s external relations and visitor experience directorate. “What struck me the most was the unexpected heat and around-the-clock daylight. The bright 24-hour sunlight meant we’d head out hiking at 7:30 pm and return at 1 in the morning.”

Theriault recounts going on hikes during the summer solstice – which typically takes place in June – and standing on a mountain peak at midnight. “It seemed [as if] my shadow was extending to the next mountain range.”

The 30 C heat he experienced on those hikes isn’t guaranteed, however. “Visitors in years past have woken up to snow on their tents in June,” he notes. 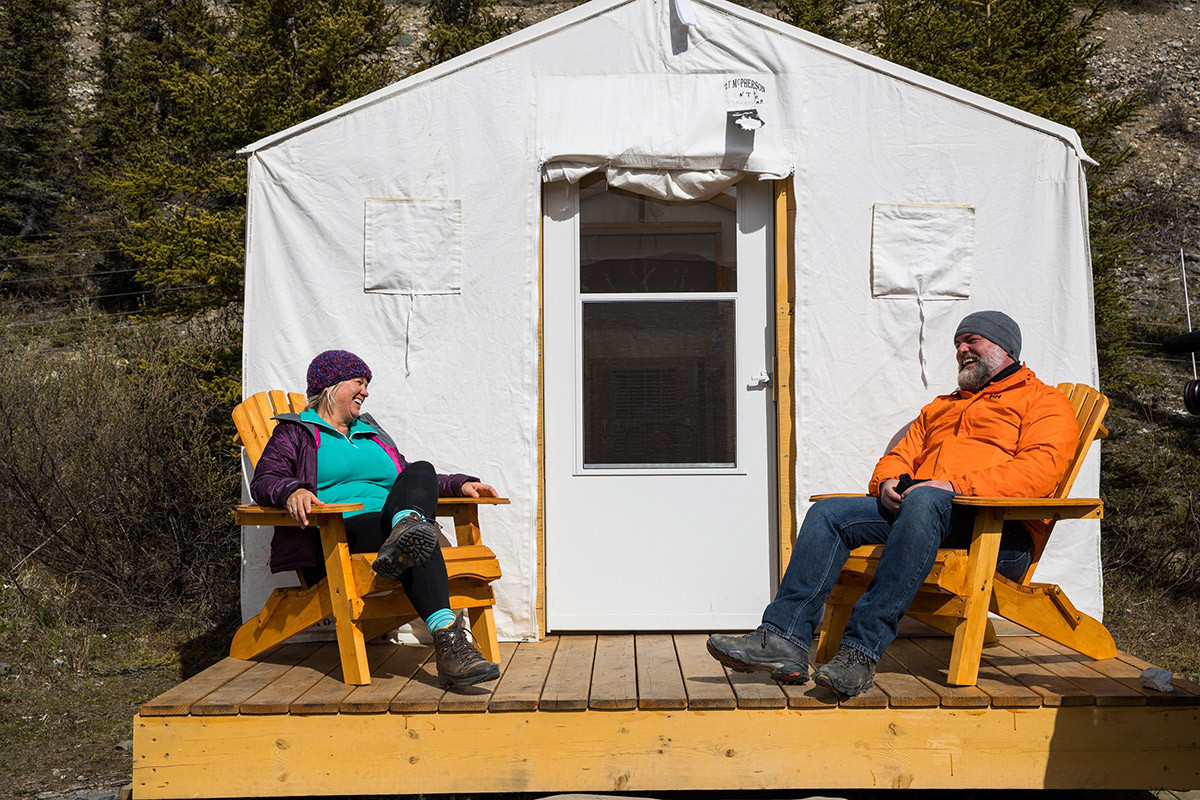 Camping in the midst of pristine wilderness gives visitors a chance to bond and relax.

Wilderness sightings also left Theriault awestruck during a hike last year, on Canada Day, to the ridgeline of Wolf Tors, when his group encountered caribou, a grizzly and a golden eagle. On another day-long hike that involved an 800-metre (2,625-foot) climb to the peak of Halfway to Heaven, a herd of mountain goats trailed his group. And there was the time when they got down on their bellies to spy on a grizzly bear running across the lower bowl of a mountain. “The bear stopped, stood up and gazed right in our direction before going on its way,” Theriault remembers. “It’s moments like that you don’t forget.”

Both Theriault and MacDonald also spent time with 72-year-old Renie Arey, whose mother was born in Ivvavik National Park. “Renie taught us about her ancestors’ way of life, demonstrated how to make clothes from animal skins,” says MacDonald, “and even taught us a traditional Inuvialuit darts game called napaatchak.”

Parks Canada offers five- and seven-day trips during the summer months to Sheep Creek Base Camp, which is set up with wood-framed prospector tents, sleeping pads and propane heaters, plus a screened-in area for communal dining and a camp cook. All trips are staffed by Parks Canada guides with wilderness training, as well as an Inuvialuit cultural host.