(inspired by birds, bees and beetles) 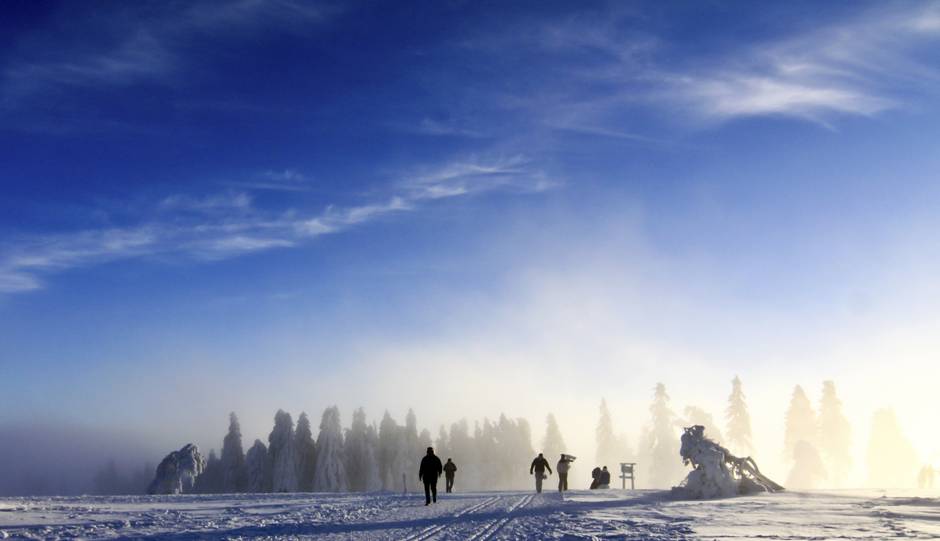 By the standards of evolutionary history, the term biomimicry is but a newborn. It was coined in the late 1990s by Janine Benyus, an American science writer, as a way to refer to a more sustainable form of design and engineering informed by the natural world. But the practice of bio-inspired innovation has a much longer history. Early snowshoes crafted by North American First Nations were undoubtedly inspired by hares’ feet, which help them run quickly over deep snow.

In the 1500s, Leonardo da Vinci studied birds to develop early blueprints for flying machines. Five hundred years later, in 1903, Orville and Wilbur Wright succeeded in getting their airplane off the ground, a feat accomplished in part by adapting the ability of birds’ wings to create lift. Many modern inventions have their roots in nature. Velcro, for example, was conceived by engineer Albert de Mestral in 1940s after he studied the properties of burdock burrs that stuck to his clothing.

The idea behind biomimicry is that by following nature’s recipe book, written over 3.8 million years of evolution, we can build products — from nanotech materials to multi-storey towers — that are stronger, greener and more efficient than before. But the world’s so-called “bioneers" believe that there is much more we can, and should, be doing.

“The promise is certainly there. There is a whole body of solutions in the natural world that we have largely not yet capitalized on,” says Norbert Hoeller, a Toronto-based sustainability writer editor with the biomimicry magazine, Zygote Quarterly. Here are five examples of current bio-inspired projects. 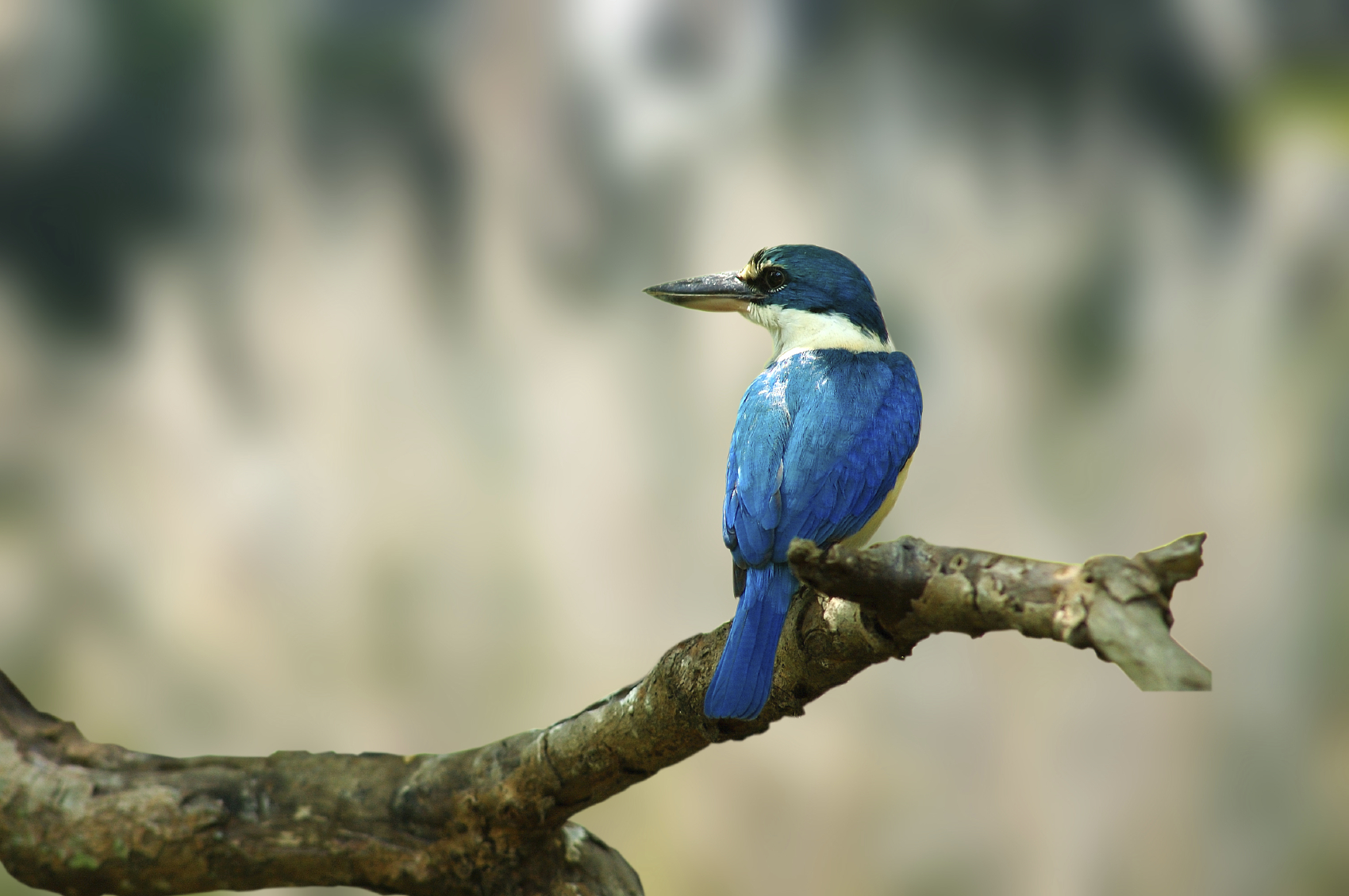 Japan’s bullet trains, the Shinkansen, are a celebrated example of bio-inspired innovation. In the 1990s, the design team modelled the train’s nose on the streamlined bill of a kingfisher, a bird that can dive at high speeds into water while causing barely a ripple. Engineers found that, by increasing the length of the nose of the train and sculpting it to resemble a kingfisher beak, trains were better able to enter and exit tunnels without creating a sonic boom. The result was a marked reduction in noise emanating from the trains, even at speeds of 350 km/h, while increasing fuel efficiency by 13 per cent. 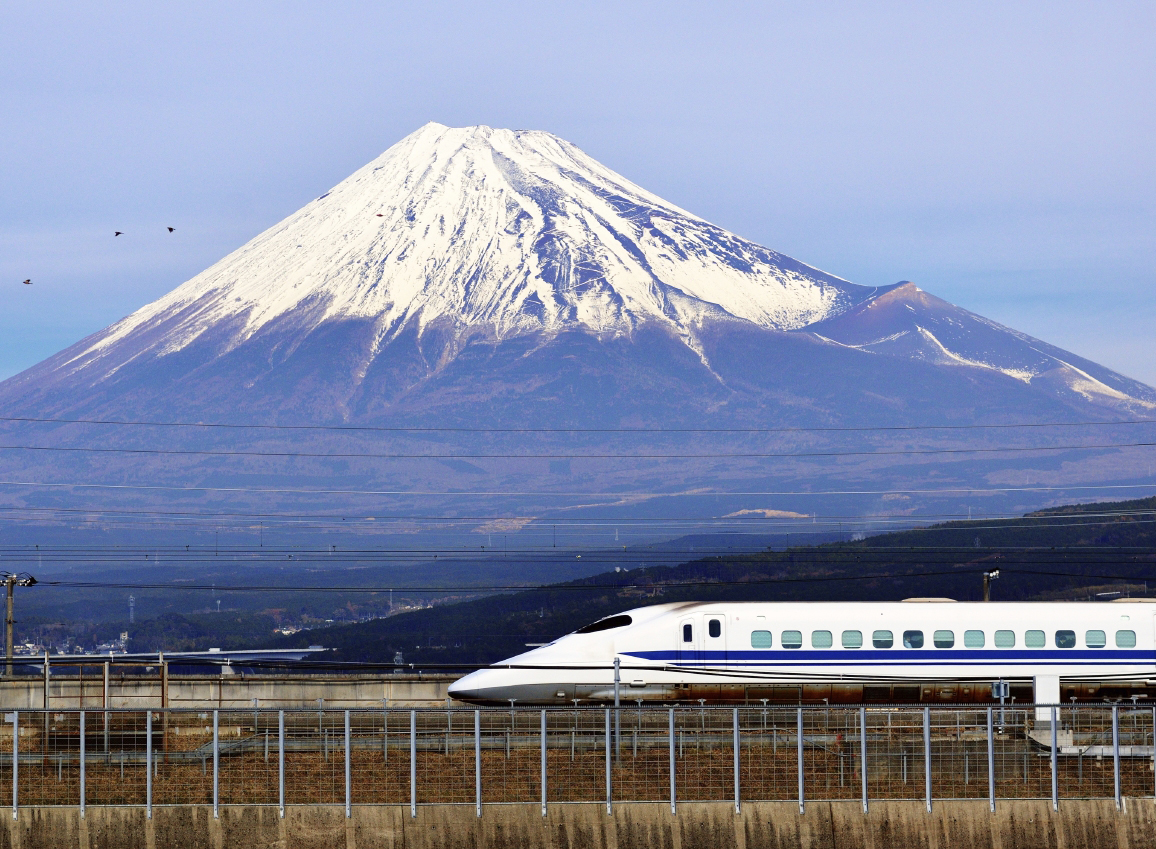 The company’s PowerCone, which can be retrofitted to existing wind turbines, decreases turbulent flow over the turbine by increasing the length scale over which the machine extracts power from the wind. The nose cone design further reduces ability of the wind turbine to face directly into the wind) and helps to eliminate something called ‘rooter root suction,’ a phenomenon whereby wind is sucked into the central portion of the wind turbine (and away from the blades), thus reducing its power output significantly. Ryan Church, company founder and CEO, says early test results are promising.

Zebra mussels keep it together 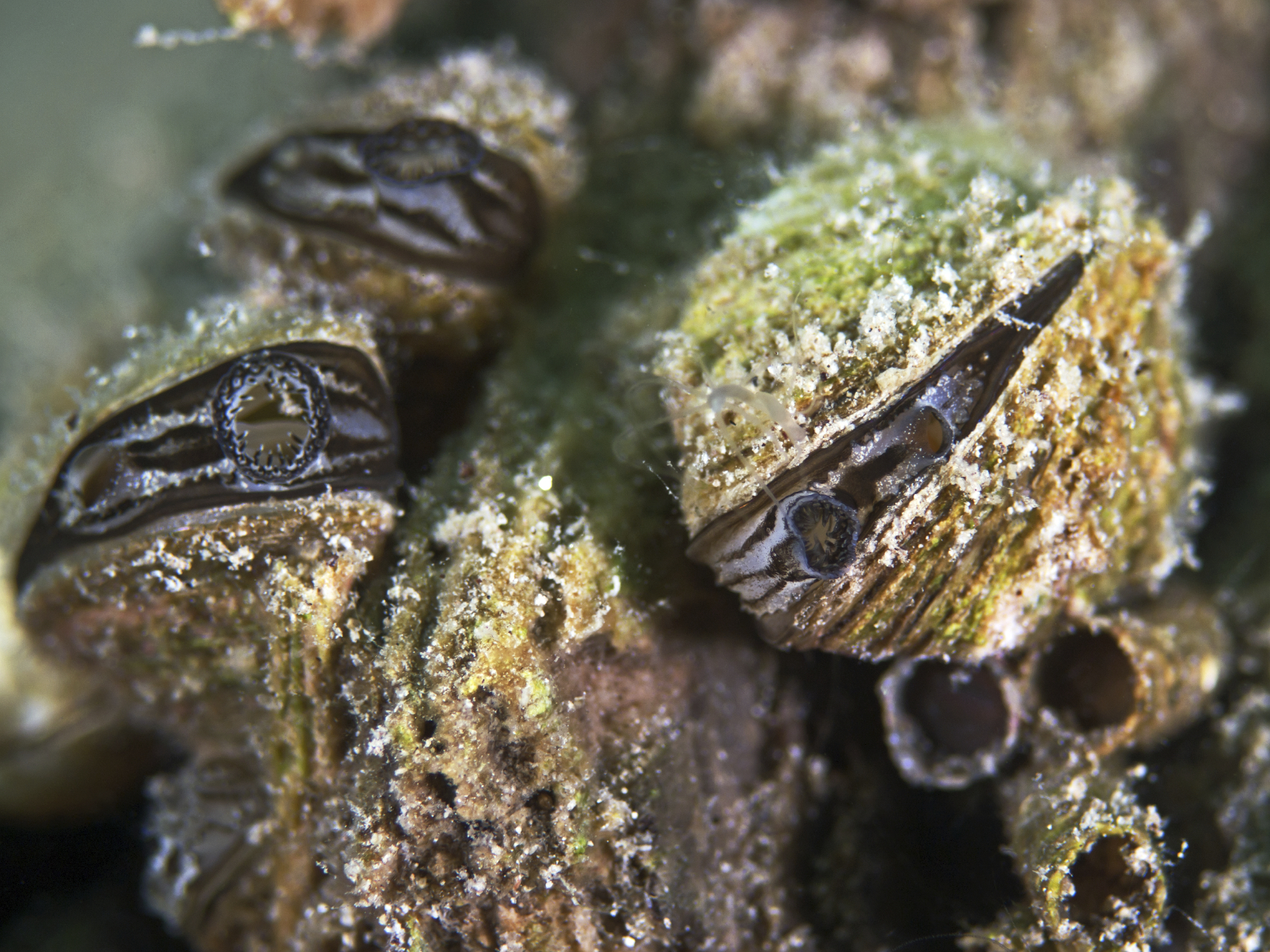 Following two years of research, Dr. Boxin Zhao, associate professor of chemical engineering at the University of Waterloo, and his research team have developed a waterproof superglue that mimics the adhesive power of zebra mussels. Prof. Zhao was inspired by the ability of the zebra mussel to produce sticky fibres that, once they harden, create a near-permanent bond, even underwater. In an academic paper in 2014, Zhao showed that adhesion levels vastly increased by combining the right amount of dopamine, an organic chemical that mimics the component of mussel adhesive protein, to electrically conductive polymers known as polypyrrole.

Prof. Zhao said idea has applications in medicine. He envisions a bio-inspired, and biodegradable, “glue” that will replace the need for stitches or staples and speed up a patient’s recovery time.

Prof. Zhao has patented the superglue, and is currently looking for partners to take it to clinical trials. “They have very beautiful structures which we, as scientists are really amazed by,” he says of nature’s organisms. But he adds: “What we are doing in the lab, we cannot copy nature. We can only mimic it.” 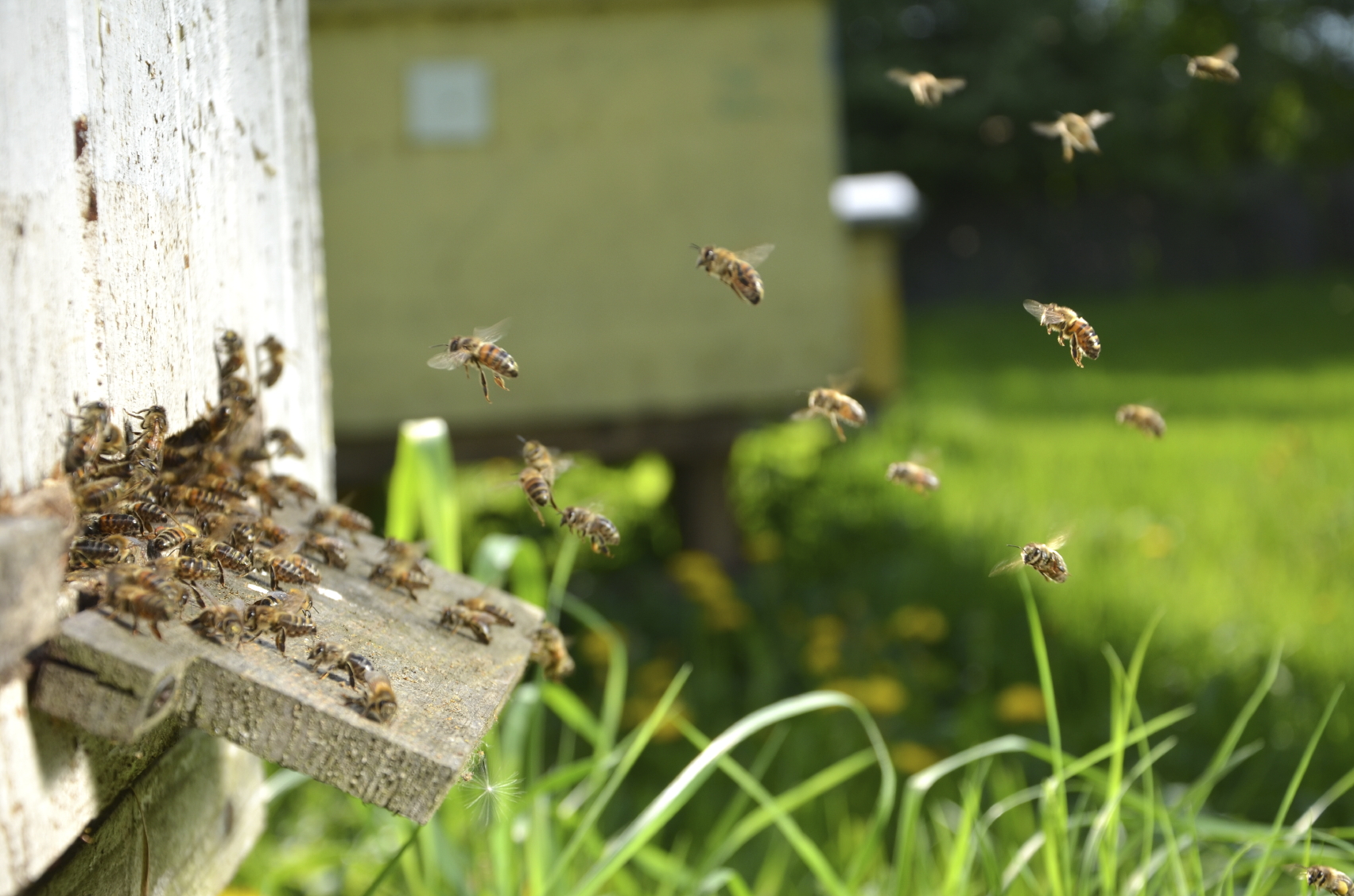 Inspired by bees, Regen created a system of boxes that can be installed onto any electrical heating, cooling or discretionary electrical load. Each box measures the energy output in real time of the device onto which it is connected. It then communicates that data to the rest of the boxes, or swarm, and prompts each unit to either increase or decrease its power consumption based on all the feedback, rather than individual readings which can prompt a rollercoaster of electrical use. The system design works to smooth out peak electrical demand by up to 25 per cent and allow for more efficient scheduling of overnight, weekend and other off-peak loads, according to the company.

“In a bee colony, there is no queen bee with a megaphone yelling out instructions at everyone. Every bee spits out a pheromone trail and every other bee senses the trail of others and knows what it is supposed to do. Decisions are made not just for the good of the bee, but for the whole hive,” says Mark Kerbel, company co-founder and executive vice president of business development. The direct benefit to the building owner is in lower energy bills each month, he says. 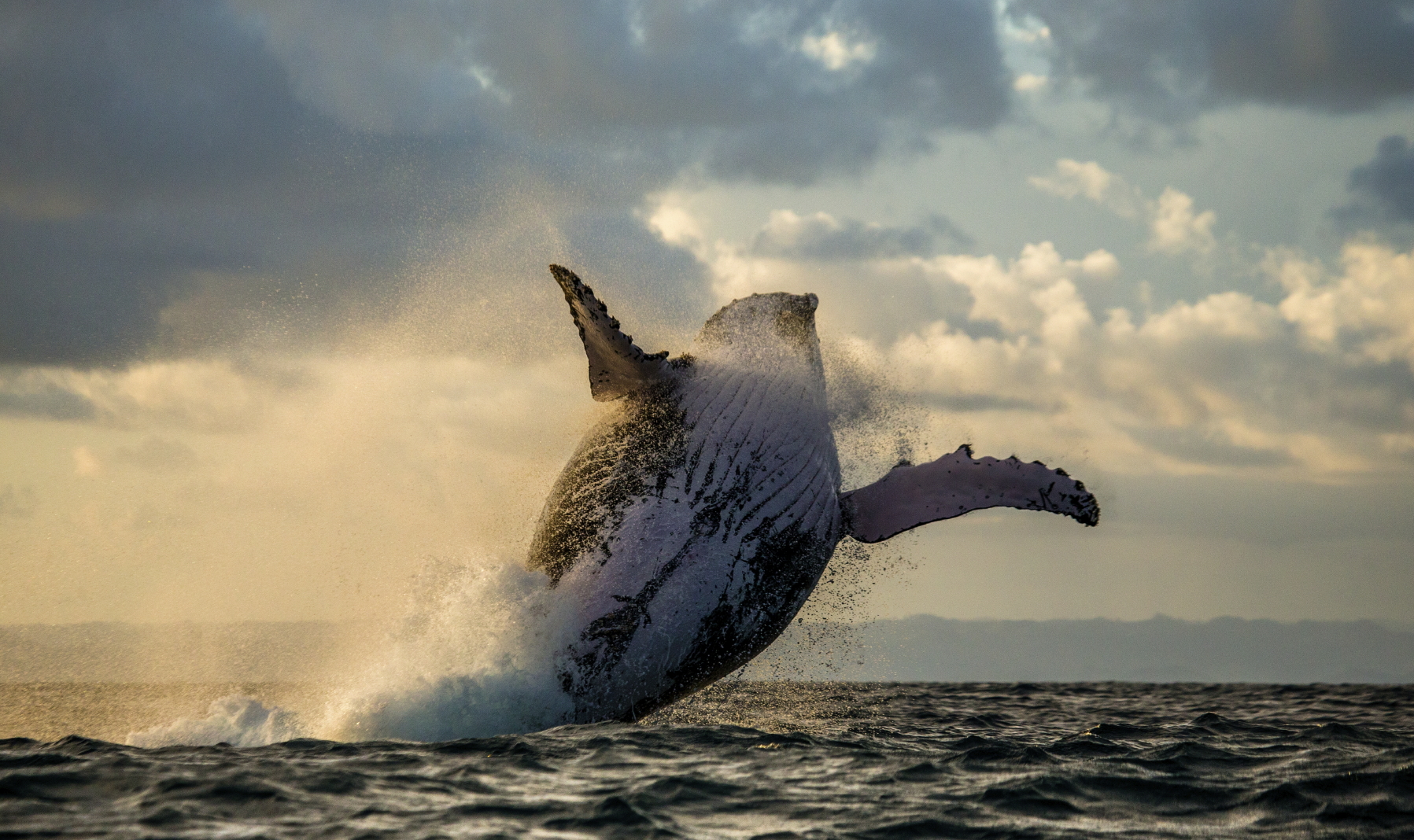 The average humpback whale can weigh up to 36,000 kilograms. Yet, these huge creatures are capable of propelling themselves several meters into the air and can flip and turn under water with an unexpected grace.

“These are incredibly agile giants. Most of the other animals in the ocean can’t do that,” said Stephen Dewar, vice president of operations with Toronto-based WhalePower Corporation.

Led by the research of a biology professor at West Chester University in Pennsylvania, WhalePower has developed commercial fans whose specialized rotor blades are patterned after the bumpy design of the humpback’s fins. The bumps, or tubercles, act a much like a wing, allowing for greater lift and less drag than a smooth-surfaced fin.

The result, according to Mr. Dewar, is a new type of airfoil that moves more air using less power than conventional, smooth-surfaced blades. The company has, so far, found a market for large commercial ceiling fans with blades that span up to seven metres in diameter. More recently, it has been developing hyper-efficient computer cooling fans. Prototypes have shown the whale-inspired rotor blade is 11.2 per cent more efficient than standard fan designs, said Mr. Dewar.

That adds to up to a lot, given that the cooling systems inside every server and desktop computer in the United States are, together, responsible for consuming five per cent of the generating capacity of the country. Of that, close to 65 per cent of the energy consumption is going to run the fans.

Beetles in the desert 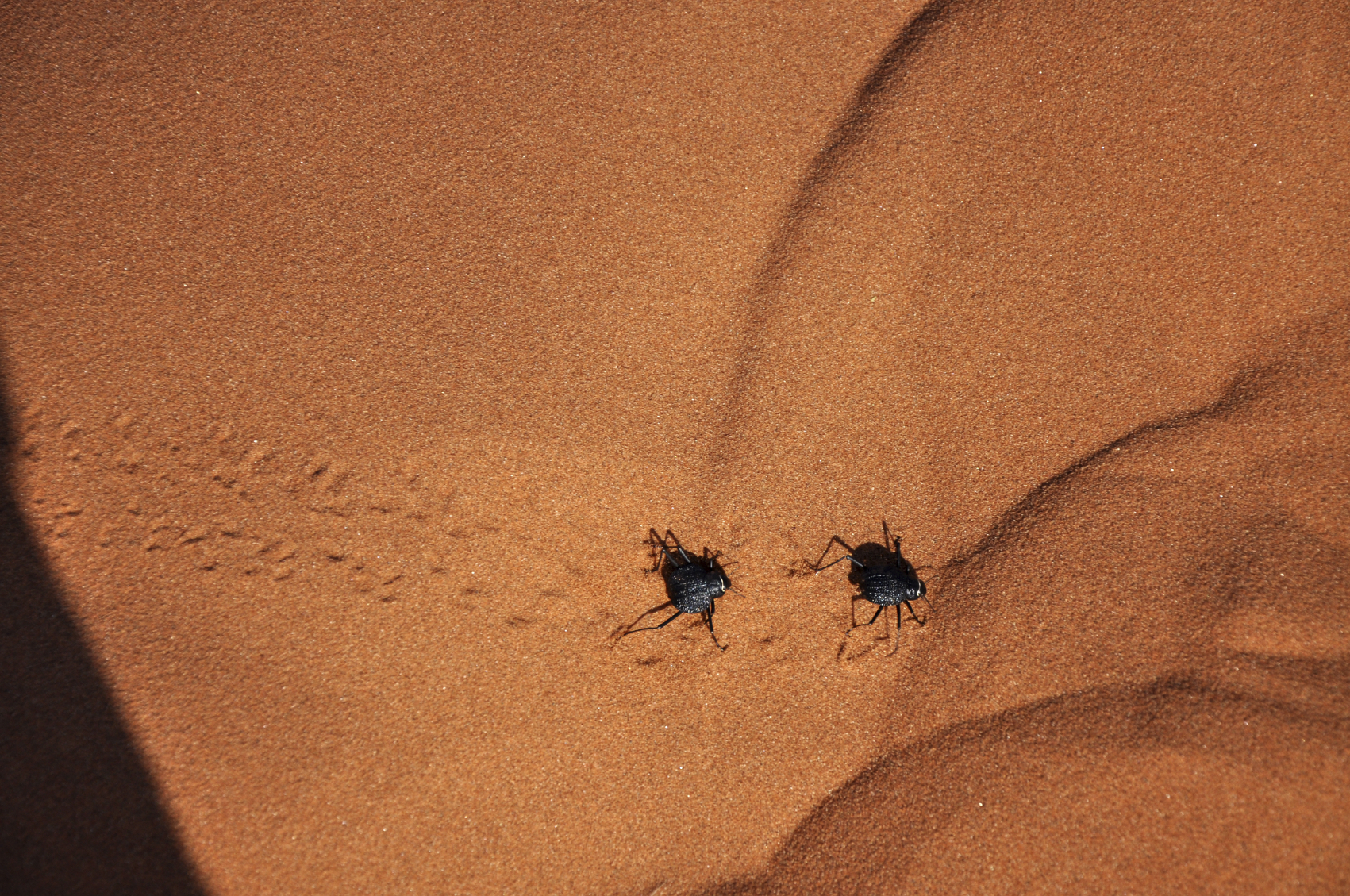 The Namibian fog-basking beetle may be small, but the researchers behind the Sahara Forest Project (SFP) believe it can help inspire answers to reverse the world’s desertification and help find efficient ways to produce drinkable water.

The beetle is notable for its ability to harvest its own fresh water in a desert. In some cases, the beetles construct micro trenches to capture moisture from fog in the ridges. They are also able to collect water in tiny grooves on their bodies by standing on their heads and facing into the wind (known as fog-basking).

Many scientists are working to mimic that moisture-collection ability in arid climates where fresh water and rain is scarce. At the SFP, specifically, researchers hope to build sea water-cooled greenhouses based on the same conditions in which the fog-basking beetle is able to harvest water. According to the organization’s website, the greenhouses will collect condensation from sea water heated by the sun and a small electrical power source.

Proponents of the Qatar-based SFP include Michael Pawlyn, a recognized global biomimicry expert, and author of the book Biomimicry in Architecture. Since 2009, the team has been studying various restorative systems in nature with an ambitious goal of growing grass, trees and food crops in regions that have become increasingly hostile to vegetation. The project also aims to generate green jobs, fresh water, biofuels and electricity.