The world is beginning to wake up to the game-changing power of three-dimensional printing. Companies are already experimenting by using it to create industrial parts, and the day will come when consumers will be using them routinely to print out small objects at home.

Here are some objects that you may not imagine can be made on a 3-D printer, but which other people are imagining − and already making − by pressing "print." 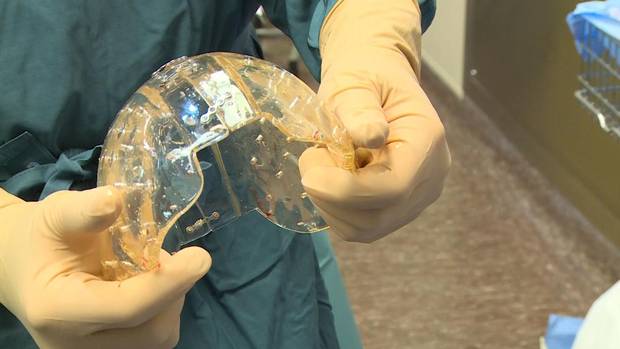 At Utrecht Medical Centre in the Netherlands, a team led by brain surgeon Bon Verweij replaced the complete skull of a 22-year-old woman with a 3-D-manufactured one. Together with an Australian company called Anatomics, it’s now possible to print an entire skull. “We used to create an implant by hand in the operating theatre using a kind of cement, but those implants did not have a very good fit,” Dr. Verweij says. “Now we can use 3-D printing to ensure that these components are an exact fit. This has major advantages, not only cosmetically but also because patients often have better brain function compared with the old method.” 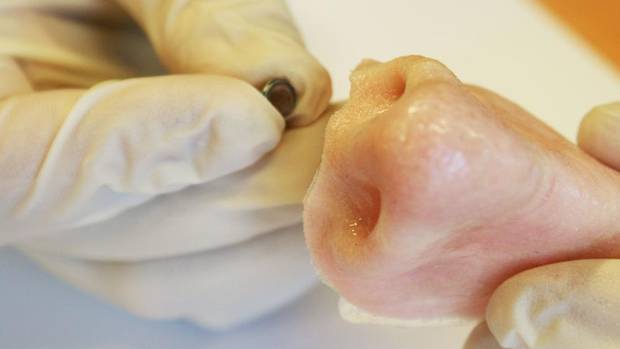 Why stop at skulls? A British company, Fripp Design and Research, can batch-print up to 150 prosthetic eyes in an hour, with the first batches expected to be available within a year. Speed printing helps drive down the cost and increases supply. Fripp is also collaborating with the University of Sheffield to 3-D print prosthetic noses and ears, using silicone, starch powder and pigments. These printed parts can be designed using 3-D scanners, and printed noses and ears can be replaced relatively easily if they wear out. Another team at Cornell University in the United States is experimenting with printed ears using ink gels combined with bovine cartilage and rat collagen; the goal is to create a living ear that can be grown in three months and then transplanted onto a human. 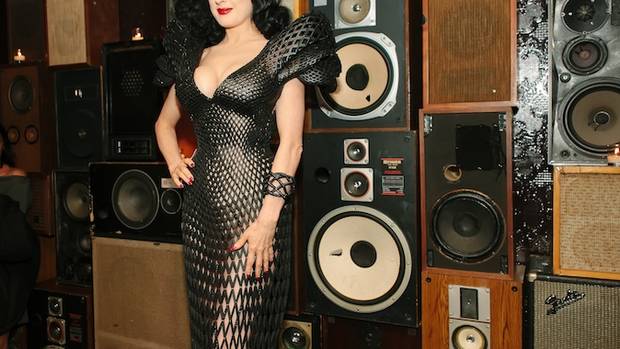 Can’t get to the store? Can’t wait for delivery? In March, burlesque queen Dita Von Teese modelled a 3-D-printed mesh gown designed by architect Francis Bitoni, printed by a company called Shapeways. The gown was made of nylon and assembled from 17 printed pieces, adorned with Swarovski crystals. Its design was based on the Fibonacci sequence − the mathematical pattern popularized in The Da Vinci Code. Printers are being deployed to make clothing ranging from bikinis to running shoes. 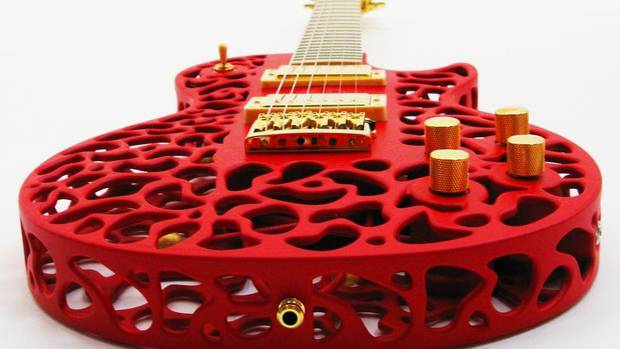 At Massey University in New Zealand, math professor Olaf Diegel is using 3-D printers to make crazy skeleton-like custom instruments through his company ODD Guitars. With 3-D printing, the body can be made in one piece − okay to drop when the fans climb out of the mosh pit to storm the stage. Mr. Diegel’s guitars can also be printed with weird features such as synthetic spiders perched on the body of the model called, appropriately, the Spider. The company 3-D-prints five guitar and three bass guitar models. 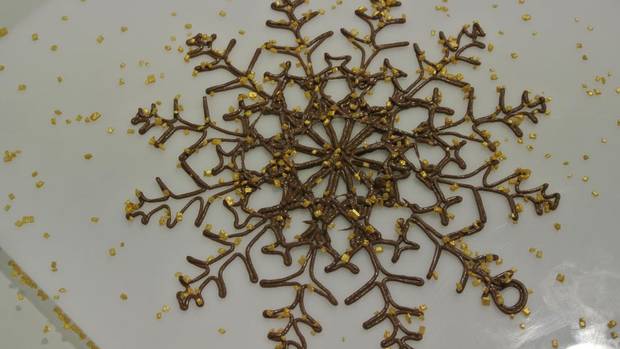 Remember when it used to be called “cooking?” Now, 3-D printing allows the technology to perform the creative tasks that you, the chef, conceive. A 3-D printer can make fanciful chocolate treats, seen here, fully formed pizza, pasta, fancy candies and corn chips, to name a few items. One device, Natural Machine’s Foodini, which will be on sale soon, will print ravioli – just put the ingredients into the machine’s food capsule and press a button on the interface screen. 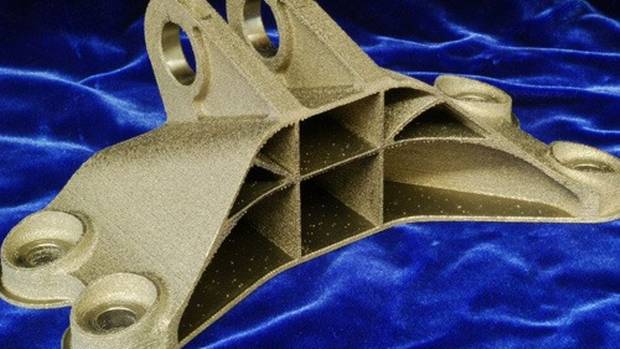 One of the advantages of 3-D printing is that it shortens the supply chain for manufacturers; parts that used to be shipped from all over the world can be printed on site. The same advantage holds true in space. This summer, the International Space Station will acquire its first 3-D printer, which can shorten the supply time to hours or even minutes. The printer is designed to operate in microgravity. It will print cube containers that can hold scientific equipment and other small parts that are needed for research and maintenance aboard the station.

Closer to home, GE is testing jet engines with 3-D-printed parts in Ohio and Winnipeg. GE Global research recently made two jet engine brackets from a titanium alloy that were among 10 finalists in the company’s global 3-D printing challenge. GE and the open engineering platform GrabCAD invited innovators to design a stronger, lighter bracket used for moving jet engines that weigh nearly 13,000 pounds (5,897 kilograms). GE engineers strapped each of the 10 shortlisted brackets to an MTS servo-hydraulic testing machine and exposed them to axial loads as high as 9,500 pounds. Only one failed; the rest of the 3-D parts went on torsional test where they were exposed to a punishing 5,000 inch-pounds of torque.