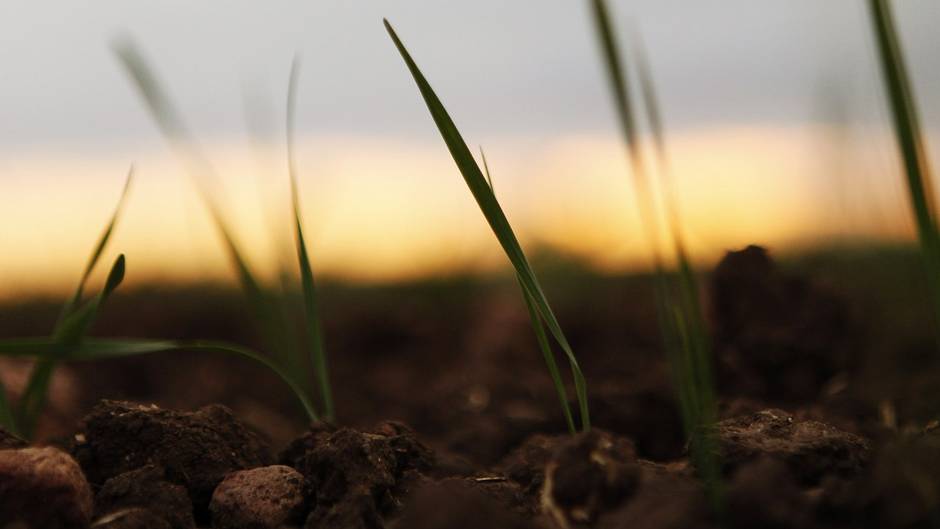 Even as a declining snowpack has been causing havoc with California’s water supply, the same trends in Canada have provided a boon for farmers in the form of an earlier planting season.

According to experts, warmer weather arrived earlier than usual in Alberta, Manitoba and Saskatchewan this year. With grounds free of snow, moderate rainfall and rising soil temperatures – resulting in conditions that are optimal for crops such as wheat and canola – many farmers were able to fertilize and seed about two weeks sooner than they have in past years. Now everyone, from farmers to analysts, is awaiting a harvest more abundant than last year’s.

“Most parts of Canada came out of winter early, entering into spring with very little snow on the ground – and that melted very quickly,” says Corey Cherr, head of agriculture, weather research and forecast at Thomson Reuters. “For wheat production in the Prairie provinces, this created ideal conditions for a good crop because farmers have a bit more fighting chance to plant everything they want to plant.” 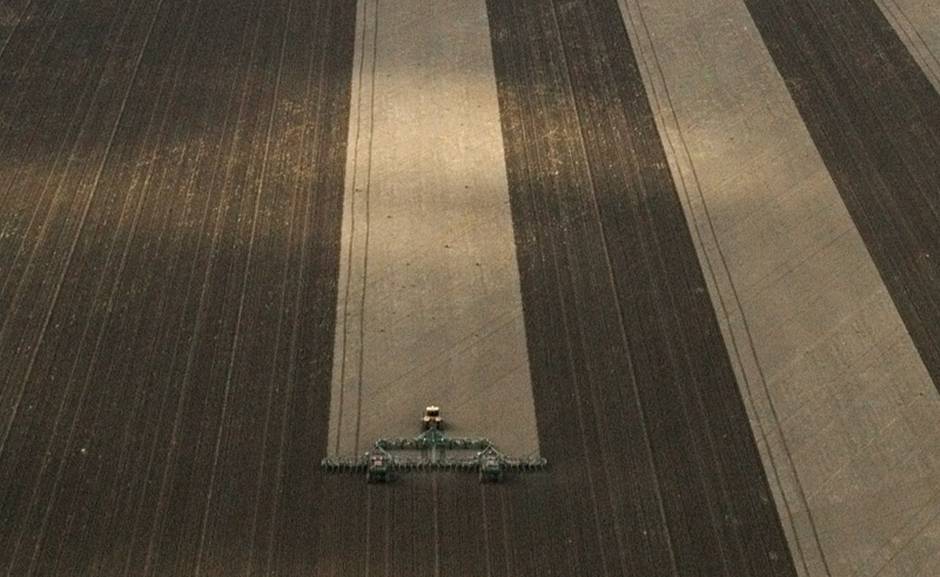 Thomson Reuters expects Canadian production of spring wheat to increase four per cent this year to more than 31 million tonnes. If the weather stays moderately cool and wet through the summer months, when wheat grows through a number of critical growth stages, this output could increase to as much as 36.5 million tonnes.

Western Canada’s farmers are beneficiaries of a trend in the Northern hemisphere towards earlier springs and later winters, accompanied by declining snow cover in many regions in this part of the globe, says Cherr. As an example of the later winter trend, he points to 30-year data from northwestern Saskatchewan showing an overall increase in the number of days in the year before a first freeze.

While Saskatchewan saw a relatively early first freeze last year, in 2013 the grounds did not freeze until almost 295 days into the year, compared to just above 265 days in 1985. In 2011, the freeze came even later, on November 2 or 306 days into the year.

For now, the shift towards less snowmelt and more rain – combined with protracted warm weather – is happening in a way that has been beneficial to farmers, says Pomeroy, who is a Canada research chair in water resources and climate change. There have been no floods affecting agricultural lands this year and, in the Prairies, soil moisture has stayed at average or near-average levels.

But the long-term implications for Canadian farmers may not be so rosy, he says.

While an early thaw and late freeze mean a longer season for planting and growing crops, lower levels of snow melt pose a threat to the supply of water critical to germination and initial sprouting of seeds.

“Infiltration of that snow melt into the soil is very important, especially during dry years,” says Pomeroy. “Even if rains don't fall in May, that snow melt helps to ensure soil moisture, so it’s a bit of an insurance.”

Declining snow cover can also result in a deeper freeze and dryer soils because snow pack acts as an insulator during the winter and leads to warmer soil during the spring, says Pomeroy.

Loss of snow pack is especially bad for winter wheat, which is grown largely in Ontario and Quebec, says Paul Bullock, a University of Manitoba professor and researcher who specializes in soil science.

“Winter wheat needs that insulation,” he says. “And if you lose snow pack, then you lose insulation.” 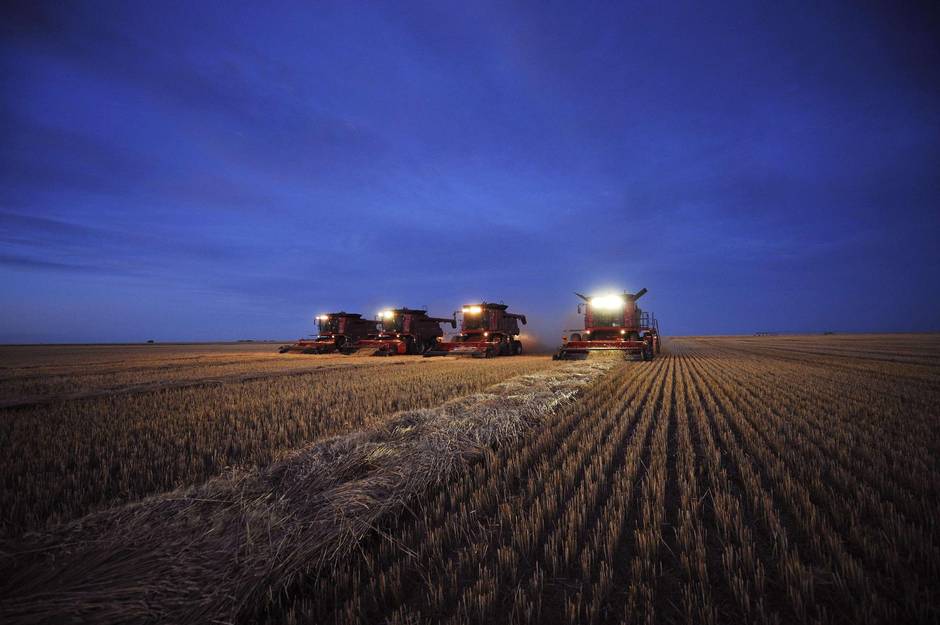 More rain has also increased the risk of flooding in the future. While high levels of snow melt have caused flooding that have devastated crops in past years, overflow from rain tends to be more damaging to fields because it carries in harmful minerals. Phosphorus and nitrogen, in particular, are the worst offenders.

Prairie farmers may also find themselves the hardest hit in the longer term, especially as their farms depend more on snowmelt than the rest of the nation’s farms, which are largely rain-fed.

“This year is a good example, where we've seen snow pack melting about a month early in the Canadian rockies from the U.S. border to Jasper National Park,” says Pomeroy. “So the water runs off early into creeks and streams when farmers will not be using it, and is now beginning to drop below normal. This is not good for farmers, who would like to see that water coming in June, when they need it for irrigating.”

To avoid the fate of farmers in California and Australia, where droughts have reduced crops yields and raised food prices, Canada needs to improve its water management systems to cope better with both floods and drought, says Pomeroy.

“But this is challenging because we’re using the same reservoirs for flood and drought control and it takes weeks to clear or fill a reservoir,” he says.

Bullock at University of Manitoba says using reservoirs to mitigate the risks of floods or drought may not be the best solution because hydro companies rely on these water sources to generate power throughout the year. 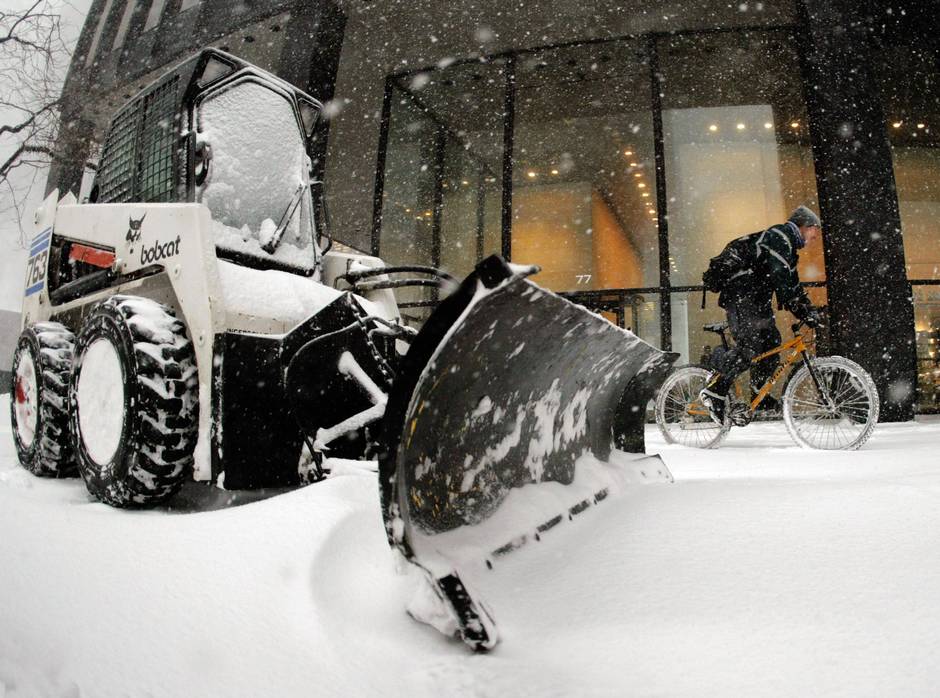 A more effective solution – one that's being studied at the University of Manitoba – may be watershed systems that take water runoff from farmers’ fields and store it in a retention pond. In most agricultural areas, drainage systems already exist to take runoff water to a water system such as a river or lake. With a watershed, the water is diverted to a pond close to farms or right on farming property.

“This is a local, farm-to-farm solution that is managed locally by people who have the best knowledge of the area, and it isn't competing with the interest of the hydro company,” says Bullock. “It’s a small-scale solution that likely won’t be enough when it’s extremely wet or extremely dry, but it’s an option researchers are looking into.”

Farmers can also try to plan their crops to suit changing climates, says Bullock. He points to a recent surge in Manitoba farms that switched from canola to soy during the province’s extremely wet years. But given the long planning period in agriculture, it’s not easy for farmers to switch crops when the weather forecast calls for a deluge of rain over the next two weeks.

“Farmers think about what they’re going to plant in the spring at least six months before, and in the fall they’re already buying fertilizer for that crop,” says Bullock. “Trying to be prepared for the year ahead when you don't know what type of weather is coming – that is very difficult.”