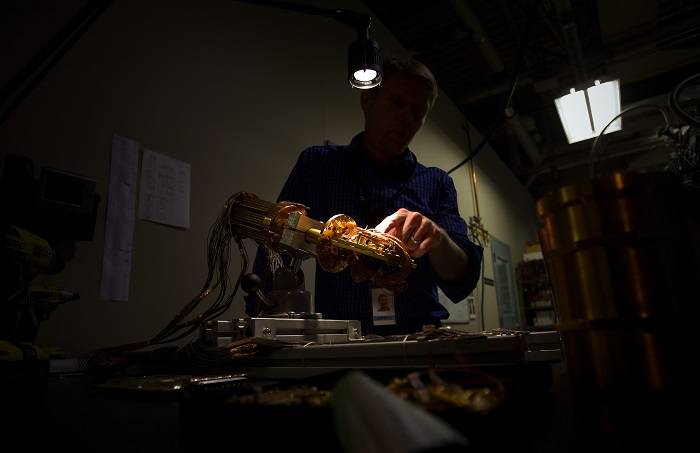 D-Wave systems could revolutionize the way we do everything from designing drugs to creating models of climate change. (BEN NELMS)

Google has one. Defence contractor Lockheed Martin operates theirs at the University of Southern California. And at NASA’s Ames facility in Mountain View, the black box is so novel that the space agency’s Advanced Supercomputing lab schedules research hours on it like a timeshare.

Yet for all its disruptive computing promise around Silicon Valley, the D-Wave Two remains a proud product of Canada.

D-Wave Systems Inc. is the company behind the hardware that’s been billed as the world’s first commercial quantum computer, a device that could soon leave our current computing power in the dust. If quantum computing reaches it potential, it will be able to solve problems trillions of times faster than today’s best computers.

“Before I started here, I’d never even heard of Burnaby,” CEO Vern Brownell conceded from D-Wave’s headquarters in the rainy east Vancouver suburb. 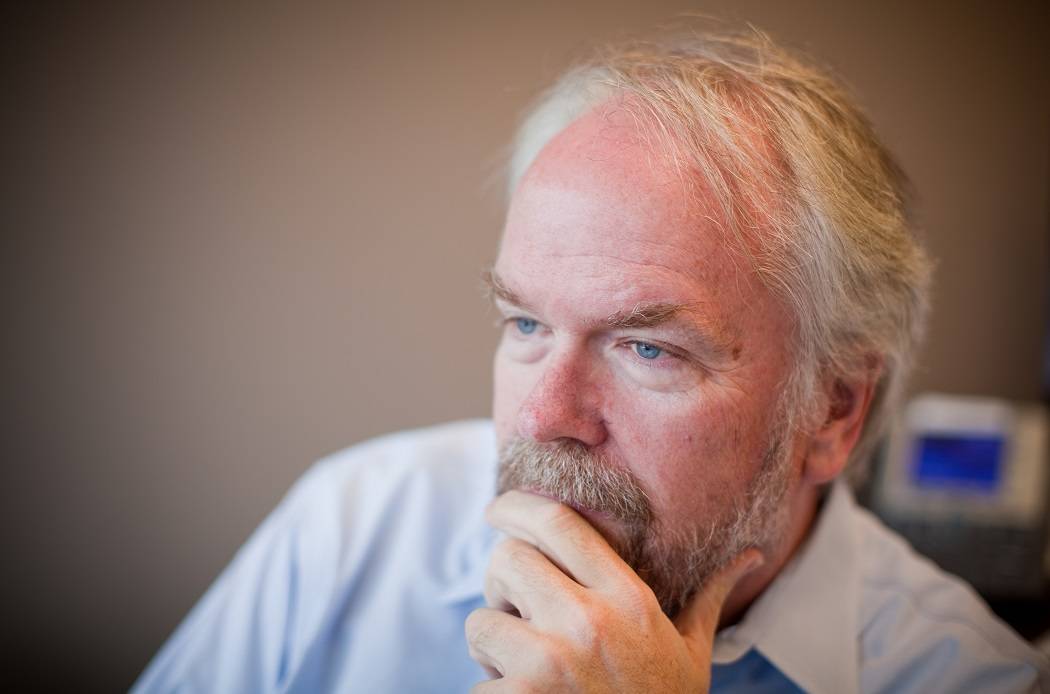 Vern Brownell is the president and CEO of D-Wave Systems Inc.

“Five years, ago, I was believing the conventional wisdom — that quantum computing was 10 or 20 years away from becoming a reality.”

Much has changed since Brownell left Boston to join D-Wave. The company has raised a total of $160-million in venture capital. In 2012, the three-metre-tall black cubes housing the D-Wave One's 128-qubit (quantum bit) CPU were upgraded with second-generation D-Wave Two processors comprising 512 qubits.

D-Wave scientists are working on a quantum cloud computing project. By the end of the first quarter, the firm expects to introduce a new class of superconducting chips comprising 1,000 qubits.

Brownell describes a kind of computational prowess that could be world-changing, with the potential to create better climate-change models, simulate chemical reactions, or design new drugs by computing how atoms bind together in different configurations.

The technology would revolutionize data-processing speeds, solving some of the world’s most complex computational problems by exploiting the downright finicky and bizarre properties of quantum physics.

“I would describe it as a holy grail of science,” said Andrew Childs, a top quantum information researcher with the University of Maryland.

“There are problems, such as factoring, that we think we can solve a lot faster than classical computers.” 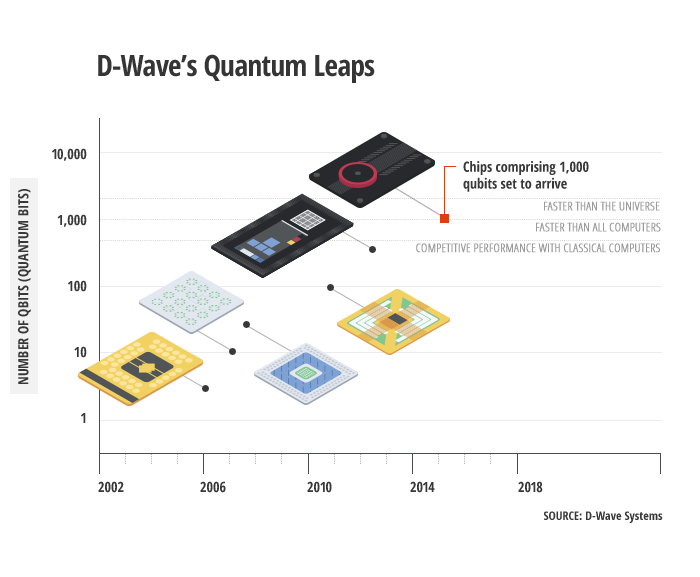 Imagine a huge number comprising 5,000 digits. Using mathematician Peter Shor’s algorithm to factor that numeral — or find its two prime factors — would take a classical supercomputer an estimated 5 trillion years, according to the University of California at Santa Barbara.

A quantum computer, according to UCSB, could finish the same computation in two minutes.

“The good news is that those are really interesting problems to solve,” Brownell said. “Like developing drugs to cure cancer, better modelling risk for financial services, or helping companies look for patterns in Big Data analysis.”

Optimization problems involve finding the shortest, cheapest and most efficient ways to accomplish something. The D-Wave system harnesses the weird nature of quantum mechanics to do this better than any classical supercomputer, Brownell says.

The phenomenon occurs in the almost unfathomably cold guts within the computer’s matte black casing, vice-president of quantum processing Jeremy Hilton explained during a lab tour. 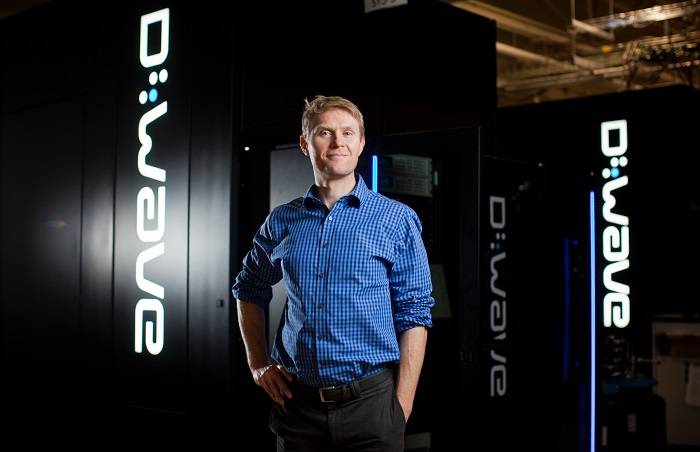 Jeremy Hilton, vice-president of processor development at D-Wave, explains that colder is better when it comes to quantum computing. (BEN NELMS)

“Essentially, we’re trying to get these qubits to behave like ideal quantum particles.”

Achieving that requires “isolating” the qubit chip in temperatures colder than anything in the known universe. Think of a refrigerator that chills a processor to almost absolute zero (0.02 kelvin), or 150 times colder than interstellar space.

While classical hardware bits read binary data as strings of 0s and 1s, the mysterious thing about qubits is their ability to be either a 0, a 1, or both a 0 and a 1 simultaneously — a phenomenon known as “superposition.”

That mind-bending principle means qubits can exist in all configurations, enabling a quantum system to consider every calculation at once, rather than having to test each combination of 0s and 1s individually until the solution emerges.

“So we end up with more exotic stuff you’ll never find in a regular data centre,” Hilton said. 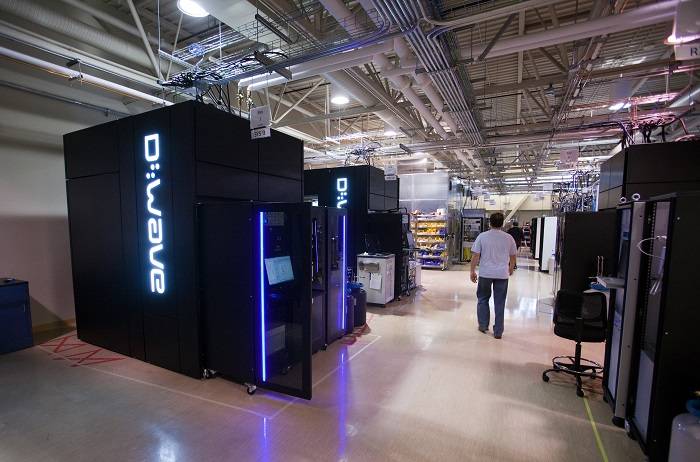 D-Wave has been courted before to move to the U.S., where it maintains a small Palo Alto team.

“But we decided several times not to do that,” Brownell said, reasoning that Canada’s less-restrictive immigration policies have allowed the company of about 100 employees to bring bright, international minds from engineering and physics to B.C.

“Vancouver’s just a nice place to live,” he added, “which helps a little bit.”

Tax credits supporting research and development have helped, too.

“That’s been valuable enough to the point where when we’ve raised financing, in order to maintain our Canadian-controlled status, we’ve had some major shareholders take non-voting shares,” Hilton said.

Canada also happens to be a major player in quantum theory, with the Perimeter Institute for Theoretical Physics in Waterloo, Ont.

“If you’re talking about the output in quantum information science, Canada is pretty much at the very top of the world,” said Ray Laflamme, who holds the Canada Research Chair in Quantum Information at the University of Waterloo’s Institute for Quantum Computing.

In Laflamme’s circles, however, the jury is somewhat split on D-Wave. A sticking point is the inability to perform Shor’s algorithm. Classical computers can, albeit very slowly.

D-Wave counters that it has shown it's still possible to use optimization to factor, but it would not be Shor's algorithm.

“There’s a question about what it is that D-Wave has. Is it quantum?” said Andrew Childs, the University of Maryland quantum computing expert. “To anyone in the field, when you go to workshops or anything related to quantum computing, it’s a frequent topic of discussion.” 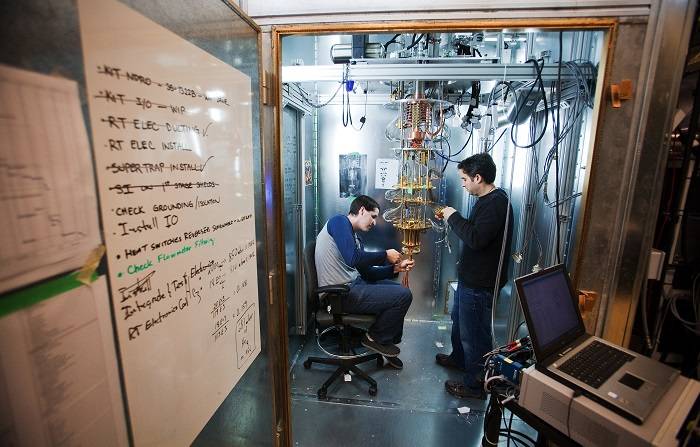 Bronwell is unequivocal, however. He cites a May 2011 paper about D-Wave in the journal Nature that concluded quantum mechanics were performing computation.

If the debate comes down to semantics, Hilton added, a system that uses quantum mechanics to process information is, by definition, quantum computing.

For his part, Brownell believes he’s building a legacy, noting that it took 60 years “and trillions of dollars of investment in software and algorithms” to develop hardware to where it is now from 1948’s dawn of electronic computing.

“In the course of the 15 years we’ve been in business, we’ve built something that in certain cases can outperform that entire system of 60 years of development,” he said.

“This little company in Burnaby has done that. And that’s going to go down in the history of computer science as something special.”