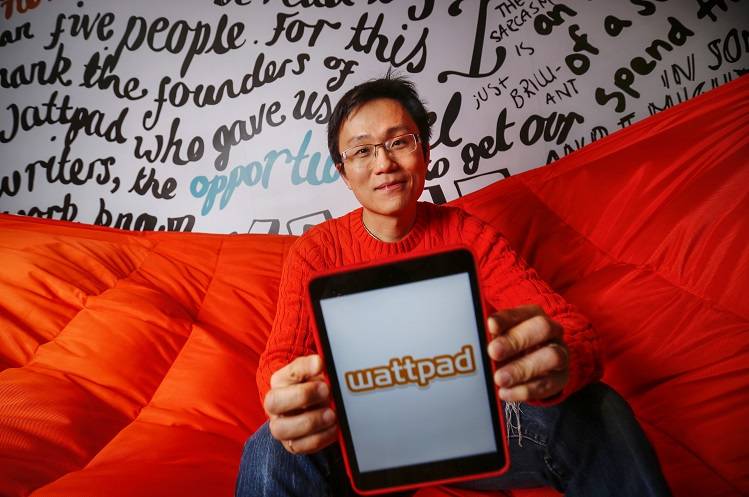 CEO and co-founder Allen Lau sketched out the idea for Wattpad on a napkin eight years ago in a Vancouver airport. (MARK BLINCH)

If the early 20th century was the pulp reading era, this generation’s pop-lit scene belongs to pixel fiction.

“There’s no better way to tell a story than on the world’s largest storytelling platform,” Lau, 46, says of the app, a sort of YouTube repository for e-books.

More than 40 million people around the world spend 9 billion minutes on Wattpad every month writing stories, reading, or interacting with authors on their mobile devices.

Much of the platform’s user-created content falls into the fan-fiction or young adult categories. Thumb past the uploads tagged as"werewolf" or"vampire" fiction, however, and some original modern literature penned by celebrated novelists stocks Wattpad’s roughly 80 million-plus digital story library. 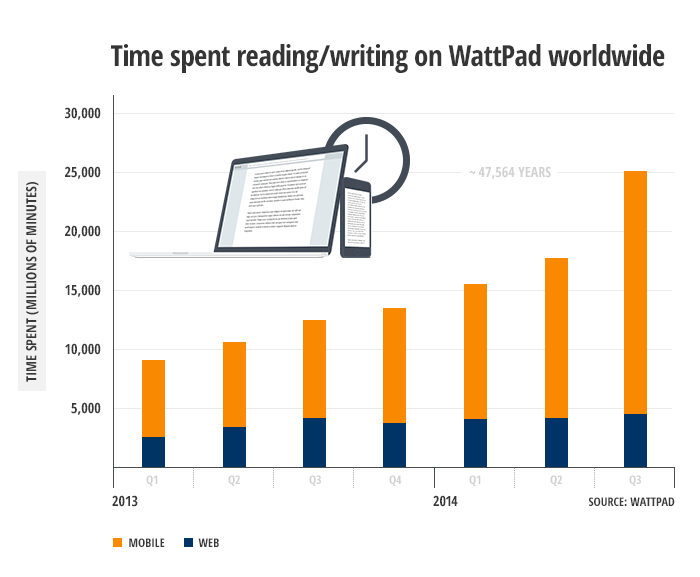 “Margaret Atwood would probably be the best example,” Lau said of the Booker Prize-winning author, who joined Wattpad as a user in 2012 and started self-publishing new works for free.

“She started sharing some poems in the beginning. After nine months, she started to write an original zombie story on Wattpad,” Lau said.

That digital novella, entitled the Happy Sunrise Zombie Home and co-written by British author Naomi Alderman, clocked in at 13 chapters and logged over a million reads.

“They wrote on Wattpad in a very native way. By that, I mean they uploaded one chapter every week,” Lau explained.

Most writers on Wattpad upload serially, rather than dumping an entire book online at once. The format brings a social aspect to the updates, allowing authors to consider fan feedback on character development, or even divert from planned plot arcs to keep readers guessing.

“That’s one reason why Wattpad is so unique,” Lau said. “Every time you upload, you have another point of engagement with your readers. Readers don’t just consume the content; they can participate in the storytelling.”

The convergence of mobile and social was part of what enticed Matt Golden, managing director of Golden Venture Partners, to invest in Wattpad.

Along with several other venture capital funds, Golden Ventures partook in the $46 million in Series C funding that Wattpad announced in April.

“There’s this traction around the plurality of sharing these stories, and a very strong community around this new way of reading, but particularly writing, where we were seeing new authors create content in a serialized fashion,” Golden said. 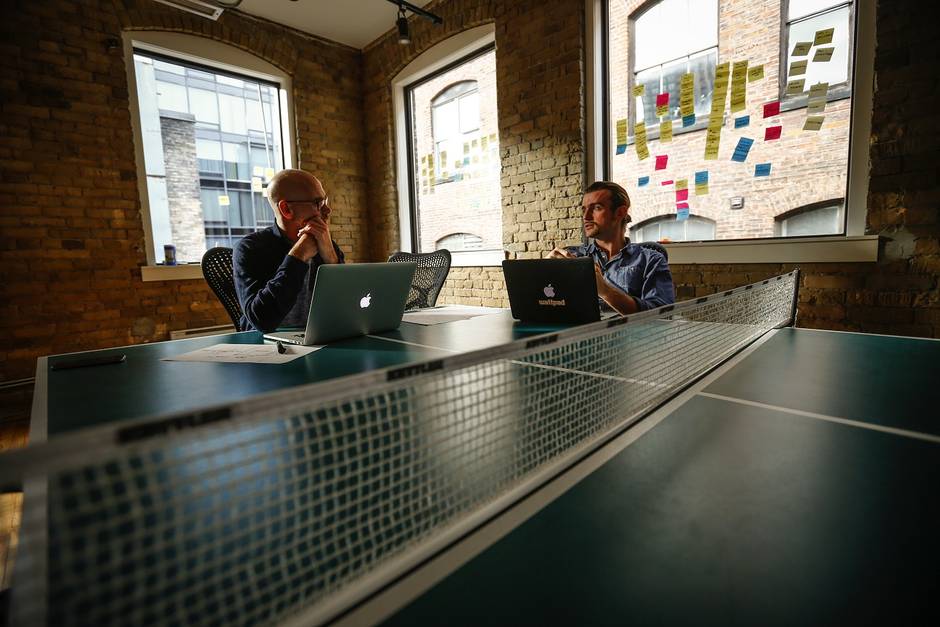 Wattpad employees meet at a ping-pong table in the"Windswept" room, which is named after a popular original story uploaded to the social platform. (MARK BLINCH)

“It used to be that in order to track top-tier venture capital, part of the deal was often you would set up an office or move to Silicon Valley,” Golden said.

“Things have shifted. The world is a lot more globalized.”

But peer outside the Greek Revival building’s windows, and the Wellington streetcar might trundle by. 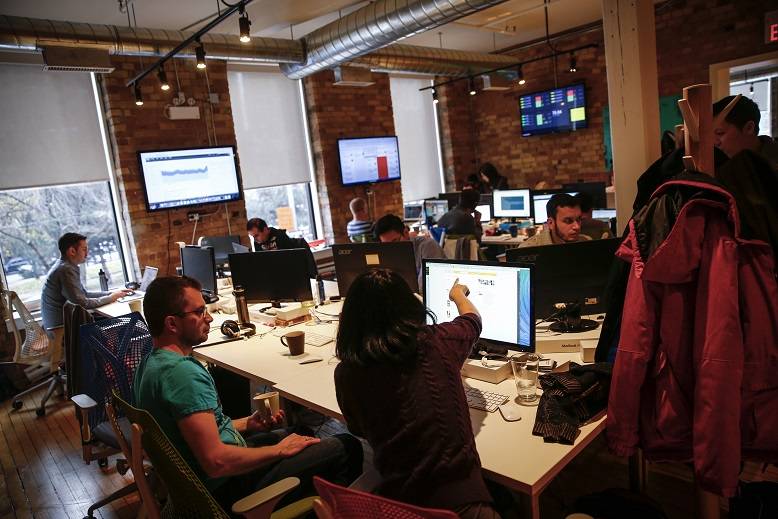 Wattpad's founders insist on staying in Toronto, where they can draw from a more multicultural talent pool. (MARK BLINCH)

“A lot of people assume we are in the Valley,” Lau said. “Sometimes, I’ll get an email from someone there, like, ‘Hey, we should get a cup of coffee at Starbucks on Market Street.’ I have to tell them yes, I go to San Francisco, but I just can’t go today because we’re in Canada.”

Despite suggestions from industry peers that the tech startup relocate to California, Lau insists there’s no place better suited to Wattpad’s global reach than Hogtown.

“We are one of the most ethnically and culturally diverse cities in the world,” he said. “Wattpad is a global community with 50 different languages, and from a hiring perspective, it’s so much easier to hire people who bring their cultural sensitivities to help shape the product.”

Lau, who moved to Toronto from Hong Kong when he was 19, estimates about three-quarters of his team members are multilingual, or have lived or worked outside Canada.

The focus on democratizing authorship internationally make sense, given the robust traffic Wattpad receives from countries like India, Germany, Turkey, Spain and the Philippines.

Wattpad by the numbers 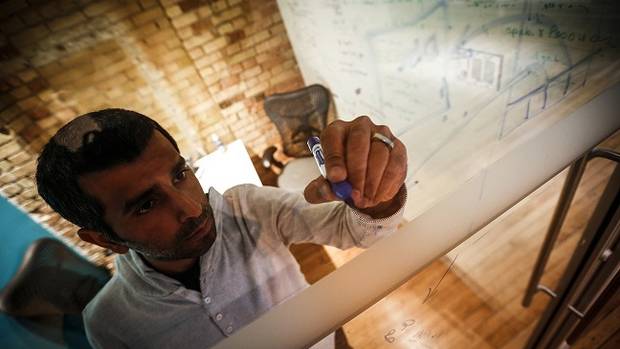 •One new user joins every second

•More than 24 hours of reading material posted every minute

•Mobile makes up 85 per cent of all activity

Tagalog, the language of the Philippines, represents the company’s third-largest user base, and Wattpad is the top downloaded app in the Southeast Asian island country.

Filipina author Denny, who goes by the handle HaveYouSeenThisGirl, is a virtual celebrity there, with her teen romance e-book Diary of An Ugly racking up more than 22 million reads. A book publishing deal followed, and in April, a feature film adaptation was released.

Wattpad is so beloved in the Philippines that this fall, the company worked with a local TV network to produce a series called “Wattpad Presents,” which would feature hour-long episodes based on popular stories submitted on the app.

The biggest breakout hit on the platform, however, is Anna Todd’s After trilogy, which features fictionalized versions of the members of the British boy band One Direction. More than a billion reads later, Todd, a 25-year-old Texas mom who mostly wrote the 300-part story with her thumbs on her phone, landed a six-figure publishing deal. In October, Paramount Pictures acquired the film rights toAfter.

While the publishing success for new talent is all well and good, monetization of a service that offers free content is the next thing for Wattpad to solve. Native advertising is one method the company is beginning to use.

Lau gave the example of a recent campaign with 20th Century Fox’s movie adaptation of the teen fiction best-seller The Fault in our Stars.

“The movie is all about extraordinary love, so we commissioned Wattpad writers to write stories along the same lines as the movie,” he said. “When you accessed the stories on Wattpad, the studio promoted the branding for the movie.”

In the mean time, the company’s core focus is on building a community of at least a billion social writers. Once Wattpad hits that benchmark, Lau hopes money will follow.

As he likes to say, “Once you have a billion users, I believe there will be a million ways to make money.”