Canada welcomed 1,000 of the world’s most vulnerable refugees during the pandemic, new data from the immigration department shows.

Immigration Minister Marco Mendicino said last week that refugees who come to Canada are “urgent cases” who often represent some of the world’s most vulnerable people and require additional support once they arrive. It was through the efforts of organizations that used creative ways to offer services while following health guidelines, he said, that Canada managed to resettle 1,000 refugees since the beginning of the pandemic.

The immigration department was not able to provide data for the same time period in previous years. But according to a report from the United Nations High Commissioner for Refugees (UNHCR) released in June, more than 30,000 refugees came to Canada in 2019.

Mr. Mendicino said settlement organizations made additional efforts to help refugees understand the realities of the pandemic, such as ensuring the mandatory two-week quarantine is respected and measures to keep them safe are practised.

“Canada is, and will continue to be, a refuge for those fleeing conflict and persecution abroad. While the current pandemic presents new challenges, our commitment in this area remains unchanged,” Mr. Mendicino said in a statement.

The figures from March 18 to Sept. 1 show that Canada resettled 325 government-assisted refugees and 665 privately sponsored refugees. Ten came to Canada though the Blended Visa Office-Referred Program, which matches refugees identified by the UNHCR with private sponsors.

The immigration department does not indicate when there are fewer than five refugees from an individual country to prevent people from being identified, and other figures are rounded to the closest multiple of five for the same reason.

The government assisted 85 Somali refugees, 80 from Syria, 40 from Iraq, 30 from Pakistan, 20 from Honduras, 10 from Afghanistan, 20 stateless refugees and five from each of Sudan, Turkey, Vietnam and Yemen. Fewer than five government-assisted refugees came from a number of other countries.

Canadians privately sponsored 495 Syrian refugees, 75 Iraqi refugees, 30 from Afghanistan, 15 from Pakistan, 10 Palestinian refugees and 10 from the United States. The immigration department noted that the vast majority of U.S. citizens claiming asylum are minors who were born in the United States and whose parents are citizens of another country.

“Despite the COVID-19 pandemic, conflict and persecution have not stopped, and people around the world continue to flee their homes in search of safety,” said Rema Jamous Imseis, the UNHCR’s representative in Canada. “The global pandemic has only exacerbated the situation of most refugees."

Beatrice Fenelon, a spokesperson for the immigration department, said Canada’s resettlement partners, such as the UNHCR and the International Organization for Migration, are resuming operations where it is safe. The government will work with them to facilitate resettlement where conditions allow and to ensure refugees have the support they need.

“We have continued to consider requests from the UNHCR to resettle individuals in urgent need of protection on a case-by-case basis,” Ms. Fenelon said.

Conservative MP and immigration critic Raquel Dancho said she has heard of families affected by delays in processing immigration applications.

“The lack of a plan throughout the pandemic has failed refugees and immigrants who wish to come to Canada,” she said. "Frankly, the significant disruptions of services at [Immigration, Refugees and Citizenship Canada] are unacceptable, and those that depend on the immigration system deserve better.”

NDP immigration critic Jenny Kwan called on the government to support the Status For All campaign, which proposes a single-tier immigration system in which migrants, refugees and undocumented people are given full immigration status. The online campaign says such vulnerable people have lost work amid the pandemic and have been shut out of emergency income support.

“The Liberal government has to date failed to honour the value of all peoples, especially during this unprecedented health crisis,” Ms. Kwan said. 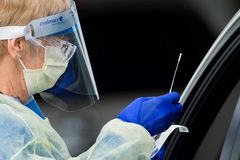 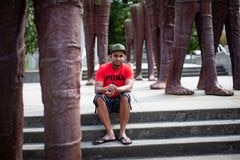 Crowded housing, tenuous jobs, and starting over in the midst of a pandemic raise risk of mental-health issues for immigrants and refugees
June 21, 2020 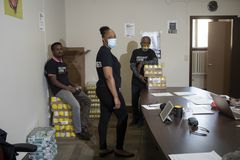