Forty-three Canadians were among dozens of foreigners who left Afghanistan on an international commercial flight out of Kabul on Thursday, the first such large-scale departure since U.S. forces completed a withdrawal more than a week ago.

The plane flew out as the Taliban, which seized power last month, appears prepared to allow the resumption of commercial air traffic out of Afghanistan.

The Thursday flight, operated by state-owned Qatar Airways, later landed at Doha’s Hamad International Airport. The flight was organized by the government of Qatar.

“Canada has been working closely with Qatar to ensure safe passage for Canadian citizens still in Afghanistan who are seeking to leave, and we thank them for their continued support.”

He said the Canadians “will be repatriated to Canada in the coming days.”

About 113 passengers were on board, including U.S., Canadian, Ukrainian, German and British citizens, a source with knowledge of the matter said, according to Reuters.

The source said the passengers were taken to Kabul airport in a Qatari convoy after safe passage was agreed. In Doha, they will initially stay in a compound housing Afghan and other evacuees.

Although international flights have flown in and out of Afghanistan with officials, technicians and aid in recent days, this was the first civilian flight since the hectic evacuation of 124,000 foreigners and at-risk Afghans that followed the Taliban’s seizure of the capital, Kabul, on Aug. 15.

An official with a foreign government familiar with the Thursday flight told The Globe and Mail that the Taliban set a condition that there should be no Afghan citizens on the flight’s manifest. The Taliban required this because they want to project the image that life is returning to normal and that evacuations are over, the official said. The Globe is not naming the official because they were not authorized to discuss the matter publicly.

The Canadian government would not say Thursday whether it planned to send aircraft to Afghanistan – such as a charter – to collect more citizens, permanent residents or Afghans approved for resettlement. The Canadian government has been encouraging people destined for Canada to seek overland routes out of Afghanistan, including heading to neighbouring Pakistan because of the shutdown in flights after the U.S. Aug. 31 pullout.

Retired major-general David Fraser, who once commanded 2,000 NATO troops in Afghanistan, said the resumption of flights is encouraging. “We have to wait for the next few days to find out what else is the Taliban going to allow to fly out.”

He said if private flights continue, Canada should keep partnering with non-governmental organizations to evacuate vulnerable Afghans and “use this commercial traffic to move people out of the country.”

He said “a trickle” of people destined for Canada have been successful in leaving Afghanistan across the land border into Pakistan.

The New York Times spoke to one evacuee, Safi, 42, from Toronto, who was among those passing through security in Kabul and planning to board the waiting Boeing 777 that flew to Qatar Thursday.

He said that he had tried to leave during the evacuation but had given up as chaos enveloped the streets outside the airport.

“Things are good,” said Safi, who only identified himself by his first name. “It seems the authorities are keeping their promises.”

It’s not clear whether this resumption of commercial flights bodes well for two charter flights trying to airlift 705 Afghans and foreigners out of the northern Afghanistan city of Mazar-i-Sharif. Among those awaiting passage on the two charter planes are nine people with Canadian exit visas and a permanent resident of Canada.

U.S. Senator Richard Blumenthal has urged the Canadian government to help find a safe third country to land these charter flights. The Democratic senator, who serves on the Senate armed services committee, has been working with NGOs and veterans groups to get two flights carrying about 705 people out of Mazar-i-Sharif.

-with reports from Mark MacKinnon and Associated Press 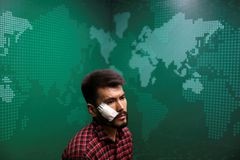 U.S. in final phase of Kabul evacuations as Taliban prepare to take control of airport
August 29, 2021 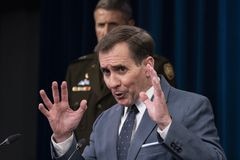