John Ibbitson
Published May 27, 2021 Updated May 28, 2021
For Subscribers
Comments
Text Size
Please log in to listen to this story. Also available in French and Mandarin. Log In Create Free Account

The past year marked “a new golden age for the public service,” Lori Turnbull, director of the School of Public Administration at Dalhousie University, believes.

Confronted with the worst public emergency since the Second World War, federal public servants responded effectively to protect citizens and the economy from the COVID-19 pandemic, even though most were forced to work from home. “From a performance perspective, from an output perspective, what happened was really impressive,” she said.

Now the country’s largest employer faces the same challenge as many in the private sector: how to transition to a post-pandemic world.

There is great opportunity here: to truly decentralize the public service, to reduce regional alienation by spreading the workforce across the country, to make the public service more truly representative, while saving on real estate costs.

“This gives governments a real opportunity to relieve themselves of some of their capital assets, while also picking up some really strong talent across the country and beyond that,” said Zachary Spicer, director of research and outreach at the Institute of Public Administration of Canada. “It could be that the competition to become a public servant just got a lot tougher.”

About 40 per cent of the 300,000 members of federal public service work in Ottawa and Gatineau. According to one survey by Treasury Board, about 70 per cent of the federal work force is currently working from home. (Most of the others are first responders, the military and coast guard, border agents, correctional officers and other essential workers.)

Officials struggled in the early days to provide laptops, secure connections and formats for virtual meetings. But over the past year, despite screaming children, barking dogs and put-upon partners, public servants protected workers and businesses, stabilized the economy, tracked and fought the spread of the pandemic while doing all the regular business of government.

Previously, “remote work and flexible work was something that was done on the fringes,” said Evert Lindquist, a professor at the University of Victoria’s School of Public Administration. But faced with the crisis, “the federal public service, like most public-service institutions, moved very quickly, and in a way that was thought to be impossible.”

Auditor-General Karen Hogan wrote in March: “Through our COVID‑19 audits, we have seen that our federal public service was thrown a big challenge and that it rose to the occasion and delivered.”

Now, as the public service prepares for the transition to a post-pandemic environment, there is potential for transformative change.

Since Confederation, Canadians living outside the Toronto-Ottawa-Montreal nexus have complained the federal government doesn’t understand or respond to their needs.

Efforts to decentralize by moving offices to the regions haven’t worked: Managers spend too much time shuttling back and forth, and workers resent having to move.

But a post-COVID public service could evolve into one with workers located across the country, by choice.

How would attitudes in Ottawa change if most of the employees of a particular department lived in Calgary and Moncton and Thunder Bay and Jonquière, communicating with Ottawa through video conferencing?

There would be the same challenges private-sector employers face: fostering teamwork and creativity in an atomized workplace, ensuring productivity while protecting privacy. And there is the added requirement of bilingualism, which favours applicants from the bilingual belt along the Quebec border.

Carlo Fanelli, who co-ordinates the Work and Labour Studies Program at York University, is surveying attitudes to the pandemic within the Ontario public sector work force. Preliminary results suggest employees fear burnout from working at home, object to intrusive oversight from managers, and insist on the “right to disconnect.”

But “I don’t think there’s going to be any going back from this,” he said. “Whether people agree with it or not, the workforce of tomorrow will look a lot different than it did in the pre-COVID era.”

Prof. Lindquist adds that each department and program will adapt differently. “It’s going to be highly evolutionary, it’s going to be very particular. One implication of this is not to be categorical across the entire institution.”

But evolution must not slide into inertia. We have seen how effective the federal public service can be in a crisis. We should build on that, to create a public service that fully reflects the country.

Opinion
With Canadian politics, it’s all in the family
Subscriber content
May 21, 2021 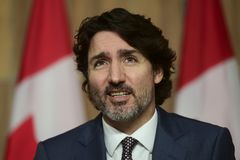 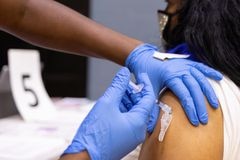 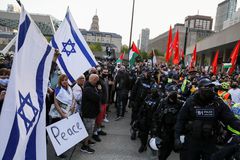