Since 1991, more than 80 Heritage Minutes have chronicled Canada’s history in 60-second bursts of celebration or commemoration. On Wednesday, a new minute will be released that tells the story of what seemed, at the time, a setback in human rights: the 1995 Supreme Court of Canada ruling in Egan v Canada that denied benefits to same-sex couples.

Today, the case is recognized as a landmark in advancing equality, and is the subject of the first Heritage Minute dedicated to the story of Canada’s sexual minorities.

“We wanted to look for a story that had some dramatic impact, was very human, centred around one or two people − because that’s generally the way the minutes work, and which also spoke to essential rights,” said Anthony Wilson-Smith, president of Historica Canada, which produces the minutes. Egan v Canada certainly fits that bill.

Jim Egan met his life partner, Jack Nesbit, in 1948. At the time, their relationship was criminal; it was a serious felony to engage in same-sex acts in Canada. But rather than hide, Mr. Egan became one of the first Canadians to publicly defend the rights of homosexuals, mostly through letters to newspapers protesting stereotypically hateful depictions of gays.

Mr. Egan turned 65 in 1986 and began receiving a government pension. When Mr. Nesbit subsequently applied for spousal benefits, the federal government rejected the application. Though homosexual acts were now legal in Canada, governments and private-sector employees still discriminated against workers who were gay; some people described the AIDS epidemic as God’s punishment on queers; openly homosexual couples risked harassment and abuse.

But Mr. Egan and Mr. Nesbit decided to test the boundaries of the recently enacted Charter of Rights and Freedoms. They took the government to court.

When Egan v Canada reached the Supreme Court, all nine judges agreed that discriminating against a couple based on their sexuality was a violation of their Charter rights. But five of the judges, through a variety of legal somersaults, found a reason to deny the pension benefits anyway. The men had lost, or so it seemed.

But within a few years, courts were striking down laws discriminating against same-sex couples, and even affirming their right to marry. The principle of equality enshrined in Egan v Canada lasted; the somersaults were forgotten.

“You lost, but then you won,” Mr. Wilson-Smith observes. “… That’s a very similar result to one of our most popular-ever minutes, which is the Viola Desmond minute.” Ms. Desmond was arrested in 1946 for refusing to leave the whites-only section of a New Glasgow, N.S. cinema. Her legal challenge, which she lost, is considered a landmark in advancing civil rights in Canada. Earlier this year, the federal government unveiled a new $10 bill featuring her image.

Heritage Minutes are unique to Canada. Charles Bronfman, the business executive, conceived of them in the 1980s as an antidote to historical ignorance − a 60-second story of a Canadian moment in time. He funded them initially; today most minutes are sponsored by Heritage Canada. Although originally aimed for television, they are now viewed primarily online, with a typical Heritage Minute having between one million and 1.5 million views.

They will also have an international reach. The famed Mexican director Guillermo del Toro tweets every one. He’s a fan. 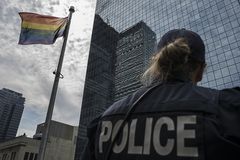 Trudeau accepts award for LGBTQ advocacy, says more work to be done
May 25, 2018 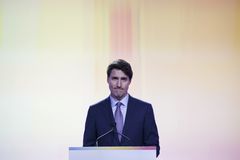 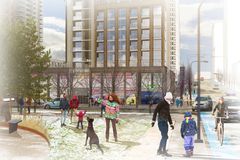