If Canada wins out in the voting for seats on the UN Security Council that starts Wednesday, you can expect Prime Minister Justin Trudeau to portray it as global approval that eluded his Conservative predecessor, Stephen Harper.

At home, it has seemed like a political beauty contest. The Liberals want to proclaim that the world loves us. A lot of Conservatives deride it as a quest for a meaningless prize, sullied because it requires courting the support of undemocratic countries.

But it turns out the world doesn’t care much about Canada’s conceits, or slogans such as “the world needs more Canada.” The lesson from Canada’s Security Council campaign is that its foreign policy has been lost in complacency. Let’s hope that is learned, win or lose.

Canada, as University of Ottawa international relations professor Thomas Juneau wrote in a piece this month, has a “dilettante” approach to foreign policy. Its secure geography and superpower neighbour have allowed it to have a consequence-free foreign policy, Prof. Juneau wrote, but that era is ending.

That’s not primarily about a Security Council seat, which isn’t crucial. Foreign diplomats scoff at the notion that it is worthless – the Security Council orders sanctions and authorizes peace operations, and is a place where power diplomacy is done. But it’s a tool, not a foreign policy.

Still, recent UN elections have hinted things aren’t so easy for Canada any more. Once, it was more or less accepted that Canada got a turn on the Security Council every decade. Last time, Germany jumped into the 2010 race, upsetting what had typically been a relatively easy ride for Canada.

This time, the domestic politics around the UN campaign sound like a debate over whether Canada is good for the world or too good for the world. In the bid for a seat in 2010, Mr. Harper’s Conservatives seemed to feel campaigning was beneath them, and many Conservatives still disdain courting non-democracies – but like it or not, Canada’s diplomatic challenge will be keeping its principles working with the world as it is.

Mr. Trudeau’s Liberals harked back to an image of Pearsonian principles, but many countries thought of them as inconsistent and absent – at least till late last year, when the campaign was kicked up, international initiatives multiplied, and ministers and Mr. Trudeau started to travel.

There is still a Maple Leaf brand. Egypt’s ambassador to Canada, Ahmed Abu Zeid, noted Canada’s role in establishing the first UN Emergency Force, an armed peacekeeping operation during the Suez crisis in his country in 1956. “The Middle East region and Egypt specifically have always recognized Canada’s stature and branding as a historically strong advocate for the values of rule of law, equality, stability,” he said in an interview.

He remarked on diplomatic efforts since Mr. Trudeau was re-elected last October. “I have to say that since December of last year … we also recognize Canada’s revitalized role in the international arena.”

That’s good. Sort of. Praise for new efforts makes you wonder about what didn’t happen between 2015 and 2019.

Like most countries, Egypt won’t say who it will support in the UN election – but it’s worth hearing what this country of 100 million, at the crossroads of Africa and the Arab world, wants to see. Both on the Security Council and off, it wants partners that “have a clear grasp of the nature and dynamics of the [Middle East] and its politics,” Mr. Abu Zeid said.

A key concern is increasing “external interference” by countries such as Turkey and Iran, which Mr. Abu Zeid called “destabilizing factors” in Syria, Libya, Yemen and Lebanon. “It requires more clarity in the position of our international partners, and Canada is among them,” he said. And Egypt wants vocal opposition if Israel moves to annex the West Bank.

What’s the biggest single issue for Egypt? The dam Ethiopia is building on the Nile, which Egypt says will reduce the flow of fresh water – a dispute that might end up before the Security Council.

Of course, Canada won’t adopt Egypt’s foreign policy. But that sampler of issues from one country – nearby conflicts and water supply – is still serious stuff. If Canada wins a Security Council seat, it will be pressed to confront a lot of other thorny issues. It won’t be a beauty contest. If it loses, it had better learn that lesson, anyway, because the country can’t afford a dilettante approach to foreign policy for much longer. 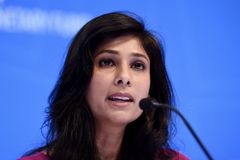 NATO chief plays down concern over U.S. plans to withdraw some troops from Germany
June 16, 2020 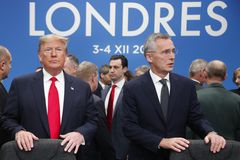