It is a fitting symbol that the most-discussed issue going into the summit of Group of 7 leaders in England is whether wealthy countries that spent a year in a me-first, zero-sum struggle for PPE and vaccines can now aid the inoculation of the rest of the world.

The pandemic within their own borders is increasingly coming under control, but now for their own self-interest, the world’s advanced industrialized countries have to reach into the less-controllable space outside, knowing the COVID-19 pandemic isn’t over for them if the virus keeps spreading elsewhere.

It’s a corollary to what the leaders of G7 countries – the United States, Britain, France, Germany, Italy, Japan and Canada – are experiencing on a number of fronts, after a year of crisis, and after Donald Trump.

They are moving from a period when their publics wanted them to be laser-focused on what was happening at home, to the recognition that their sovereign nations – even the United States – can’t control as much as they once did.

For Prime Minister Justin Trudeau, the G7 summit is the first foreign trip since the pandemic began. It marks the return of in-person confabs for leaders of democracies. It also marks a recognition that they can’t just turn off globalization. Just look at the non-pandemic items on the agenda.

The leaders will endorse a deal struck by their finance ministers to tax internet giants, out of fear that digital businesses might move out of their reach and into the clouds. There’s climate change, of course. And G7 leaders will talk about the rise of China. In particular, they’ll discuss Beijing’s increasing efforts to influence wealthy democratic countries from the inside, through economic levers, influence operations, threats and, in Canada’s case, the trumped-up imprisonment of two citizens, Michael Spavor and Michael Kovrig.

If you’re Mr. Trudeau, the important change at this G7 summit is obviously that the U.S. President, Joe Biden, wants to work with allies. Donald Trump didn’t act that way.

But most of these leaders don’t have the luxury of just walking back into the old G7′s ideas of globalism, of advancing free-trade rules and global economic institutions. Mr. Trump has left office, but the pull of economic nationalism is there. Yet globalization can’t be turned off.

After Finance Minister Chrystia Freeland signed on to a G7 pact to set a minimum corporate tax rate of 15 per cent and co-operate on taxing the revenues of internet giants, Conservative Leader Erin O’Toole sent an open letter to Mr. Trudeau urging him to reject it as an infringement of Canada’s sovereignty. He insisted that “Canadians, and Canadians alone, determine our nation’s domestic tax policy, and rates.”

That surely is the kind of tax policy most Canadians would prefer, but, of course, if you can’t actually collect the taxes, the policy isn’t worth much. And your national sovereignty is already eroding. If Google and Facebook don’t have physical locations, or geographically defined profits, they can move their taxable income to the cloud, and the lowest-tax jurisdiction.

It’s not just Canada and France, but the post-Trump United States that worries more and more businesses could slip the surly bonds of Earth for tax purposes.

Then there’s the rise of China, which isn’t just an issue of dealing with a rising competitor or rival, but a country that has started wielding its influence inside the borders of G7 countries and their allies.

Look around this club of seven advanced wealthy countries, the European Union, and the specially invited leaders of Australia, South Korea, India and South Africa, and most feel a level of powerlessness about dealing with China. Chinese economic interests, from trade to control of the main port in Greece, divide European leaders; Australia has been threatened; Canadians have been arrested.

“I think they’re going to end up talking a lot more about China than will be reflected in their final communiqué,” said University of Ottawa international affairs professor Roland Paris, who advised Mr. Trudeau in his first year in office.

Mr. Biden has said he, unlike Mr. Trump, wants to work with allies in dealing with China. Australia’s Scott Morrison is warning democracies to stand up to China. Mr. Trudeau, far less confrontational than Mr. Morrison, has embraced the notion of working with allies as strength in numbers.

Now that the lockdowns are lifting, the leaders of the world’s democracies are poking their heads back on the world stage, and recognizing they are vulnerable.

Too soon to say whether global corporate tax rate will be set at 15%, Irish finance minister says
Subscriber content
June 10, 2021 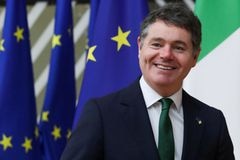 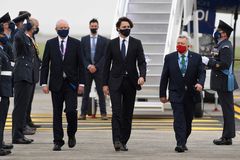 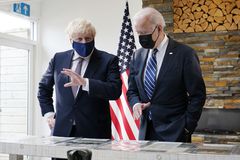