An Independent senator’s mission to curb online nastiness among his colleagues is causing a divide over senators’ behaviour, free speech and ongoing political shifts in the Senate.

Tony Dean said recent exchanges on Twitter involving senators and their staff have included “aggressive, harassing and, in some cases, bullying” behaviour, which has become worse as the federal election approaches.

Mr. Dean, a former head of the Ontario civil service, raised the issue during a Senate committee meeting last week. And in a subsequent interview, he said the intensity of harshly partisan comments increased markedly over the past few months.

While free speech, the ability to communicate political messages and the protections of parliamentary privilege are important to maintain, he said there should be reasonable limits on hurtful speech and conduct unbecoming a senator or the Senate as an institution.

“Those are not privileges that override the ability of people in our organization to do their work free of intimidation and harassment,” said Mr. Dean.

He has proposed that senators meet to discuss the issue and ask the Senate’s administration for guidance on whether current policies are sufficient and how to create new guidelines, if necessary.

Mr. Dean, who sits with the Independent Senators Group, said there were discussions during the development of the Senate’s new harassment policy to extend its reach to social media, but senators could not reach agreement on the issue.

He said any new guidelines should draw a “bright line” between the normal cut-and-thrust of political debate, and hurtful attacks on individual senators or staff.

“I’m talking about something pointed at an individual that is purposely designed to undermine their stature, their credibility, their professionalism, and that imputes motives to them that are negative,” Mr. Dean said.

His call for new guidelines came after exchanges on Twitter featuring senators and staff were raised multiple times in the Senate chamber and in committees over the past few weeks.

On June 6, Conservative Senator Don Plett accused Independent Senator Murray Sinclair of insulting him on Twitter by calling him misogynistic and antagonistic toward Indigenous Peoples. Independent Senator Paula Simons then said Mr. Plett retweeted a Twitter troll accusing her of taking payment for her vote on a bill that would ban oil tanker traffic off British Columbia’s northern coast.

A long-time Conservative senator said it should be on individual senators to behave better and not to have a committee or bureaucrat decide what speech should be punished. If a senator feels comments have gone too far, they have the ability to raise the matter on the floor of the Senate, said Senator David Tkachuk.

“My view is, I’ve been called all kinds of names by all kinds of politicians. It’s all just part of the game,” Mr. Tkachuk said.

The Senate, long a bastion of just Liberal and Conservative partisans, has shifted over the past four years as Independent or non-affiliated senators now make up the largest contingent in the Senate.

Some Conservative senators, including Mr. Tkachuk, have criticized the Independents as “Liberals in sheep’s clothing” by being politically like-minded with Prime Minister Justin Trudeau. That has left the Independents on the receiving end of what Mr. Dean called “an old-style of political discourse” that leaves issues like policing online behaviour more difficult to deal with.

“(Conservatives) are not inclined to adjust and change just because we arrived, and I completely understand that,” Mr. Dean said. “They would like to get things – I’ll put it this way – back to normal.”

Mr. Tkachuk said the Independents are just as partisan as Tories, but “the problem with them is they don’t know it.” Until they do, he said, “they can never come to the table as politicians in the game of politics.” 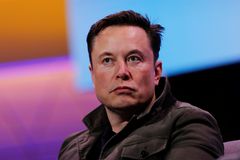 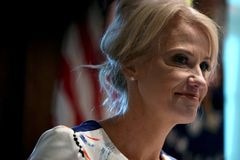