As we wait to learn whether the NDP will support the Liberal government on its Throne Speech and economic statement, Leader Jagmeet Singh is in a stronger position than many assume.

Prime Minister Justin Trudeau has every reason to accommodate NDP demands. Voter support for the Liberals is far short of what would be needed to earn a majority government. If the Prime Minister forces an election, it will be on him, not on the New Democrats.

All things considered, the NDP is in a much better position than it was a year ago, when the party appeared to be on the brink of oblivion. Mr. Singh had failed to impress since becoming leader in 2017. Fundraising was inadequate and messaging confused. The party faced extinction in Quebec and serious losses elsewhere. There was talk of the NDP losing party status in the next Parliament.

But Mr. Singh campaigned well in the 2019 election, and while Quebec did desert the NDP, the party held on to enough seats to have clout in a hung Parliament.

Fundraising is stable. The party raised $1.3-million in the second quarter, a little less than the same period last year, but last year there was no pandemic. Anne McGrath, the national party director, said if an election were called today, the party would have significantly more funds available than in 2019, and by next spring the situation will be even better.

“From a financial point of view, I have no real concerns about the ability to run an election,” she told me.

And Mr. Singh appears to have overcome an obstacle few willingly acknowledge: the reluctance of some voters to support a candidate who is not white and who wears a turban.

“Having a leader of colour wasn’t easy,” said Rob Gillezeau, an economist at University of Victoria who was chief economist for the party under former leader Tom Mulcair. “There was a lot of voter skepticism." But "I think Jagmeet got over that hurdle a lot more successfully than many people were expecting.”

The New Democrats would pay for all this through increased taxes on the wealthy and by closing tax loopholes.

It’s an ambitious list, but Mr. Trudeau knows he doesn’t need to tick every box. Help for long-term care and additional support for the unemployed would probably be enough. The Grits and the Dippers should be able to strike a deal.

To be clear: The New Democrats have lost a lot of ground over the course of the past nine years. Traditionally, they were a small party that secured the support of, at best, one voter in five. But in the 2011 election, Jack Layton took the party to Official Opposition status; his successor, Mr. Mulcair, entered the 2015 election with a real shot at becoming prime minister.

All that has evaporated. Mr. Singh once again leads a party that seeks the support of one voter in five. And the NDP faces a new threat. Erin O’Toole, the new Conservative Leader, seeks to win over working-class voters in the same way British Conservative Prime Minister Boris Johnson stole votes from Labour, and Republican U.S. President Donald Trump stole votes from Democrats.

The social democratic movement has always struggled to reconcile its working-class base with the intellectual progressives who dominate its debates. The identitarian wing may claim to speak on behalf of marginalized racial and sexual minorities, but many people of all types and stripes are too busy struggling to get by to worry about pronouns and statues and defunding the police.

Or, as the social activist and commentator Tom Parkin told me, the NDP needs to guard against “being too woke, and forgetting about the people who are going broke.”

The Liberals are crowding the NDP on the left. The Conservatives want to steal away lower-income voters. Dreams of a social democratic governing coalition – of farmers and factory workers, social activists and suburban commuters, of faculty clubs and Tim Hortons – have passed.

But the NDP under Mr. Singh remains a political force. Critics were wrong to count the party out a year ago. They would be even more wrong now.

Opinion
B.C. looks to be barrelling toward an election
Subscriber content
September 18, 2020 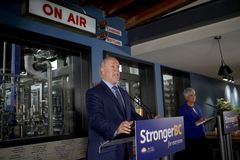 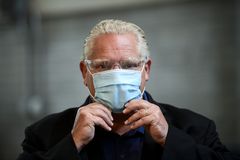